PPP yet to decide on en masse  resignations: Murtaza 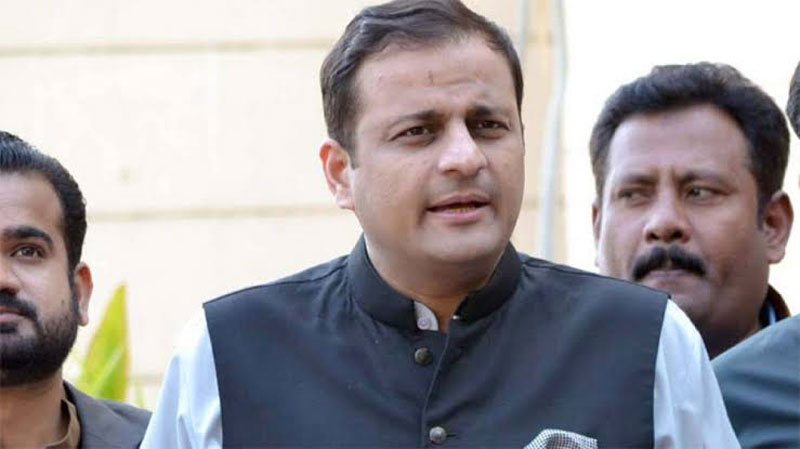 The Sindh government Spokesman Murtaza Wahab has said that Pakistan Peoples Party (PPP) has not yet decided regarding tendering resignations from the assemblies.

“We have not yet decided regarding resignations,” Murtaza Wahab said, adding that the matter would be taken up during the Central Executive Committee (CEC) meeting of the PPP, which is yet to be convened.

The remarks from Murtaza Wahab has cast aspersions over any decision regarding en masse resignations from the assemblies during the Pakistan Democratic Movement (PDM) meeting on October 08 (today).

Murtaza Wahab further clarified that even PDM has not yet decided regarding resignations and any decision on the matter would be made after consultation as per democratic norms.

It is pertinent to mention here that the Pakistan Democratic Movement’s (PDM) summit meeting, scheduled for December 08, will be held at the PML-N secretariat in Islamabad. The heads of all constituent parties of the opposition alliance will attend the session, while former president Asif Ali Zardari and Nawaz Sharif will ensure their presence via the video link.

Meanwhile, Pakistan Muslim League-Nawaz (PML-N) MPA Chaudhry Iftikhar Hussain Chhachhar has submitted his resignation with the party leadership after Maryam Nawaz asked the lawmakers to be prepared for en masse resignations from the assemblies.

Talking to a private television channel, Iftikhar said that Maryam Nawaz has hinted towards the resignations of the lawmakers during the social media convention on Sunday. He said that he has submitted his resignation from the Punjab Assembly seat to the party leadership.

“I will accept any decision taken by the party in this regard,” said the PML-N MPA elected from PP-188, Okara. It is pertinent to mention here that while addressing the PML-N’s social media workers convention in Lahore, Maryam Nawaz said that Pakistan Democratic Movement is due to make “big decisions” in the next December 8 meeting and urged party workers to not fall under any “pressure”. “I call upon all senators, MNAs, and MPAs to respect the sanctity of people’s votes and should reject all kinds of pressure and obey their party’s decision which will be taken on December 8 PDM’s meeting,” Maryam Nawaz declared.