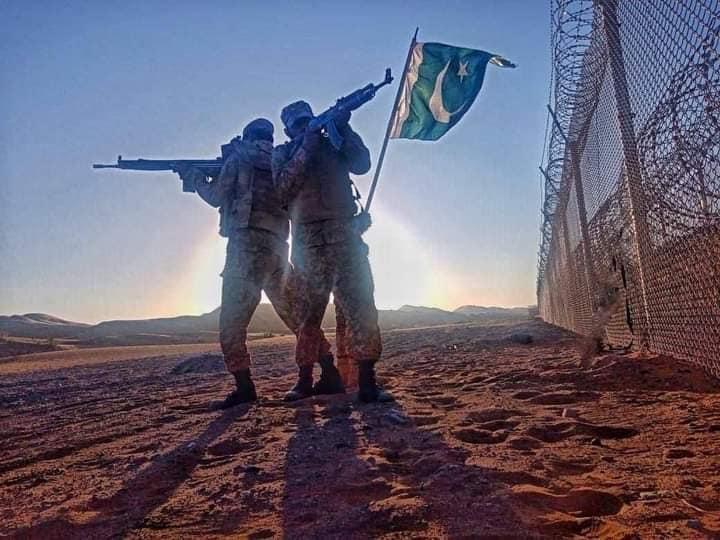 The Pakistan Army has revealed today that 83% of the Pakistan-Afghanistan border has been completely fenced and work is ongoing on complete fencing by mid-2021. Work on the fence began in 2017 with a $500 million price tag.

The entire border will be double-fenced with 3 meter tall chain-link fences separated by barbed wire. The 2,600 kilometre long fence will cut through snowcapped mountain peaks in the north to valleys and plains in the south.
Furthermore, ISPR also revealed that 30% of the 900 kilometre long #Pakistan-#Iran border has also been similarly fenced and work will complete by late 2021.

Both borders will be surveilled by hundreds of colour and thermal-imaging cameras as well as armed reconnaissance drones and will also feature hundreds of major and minor border forts manned by Pakistani forces.