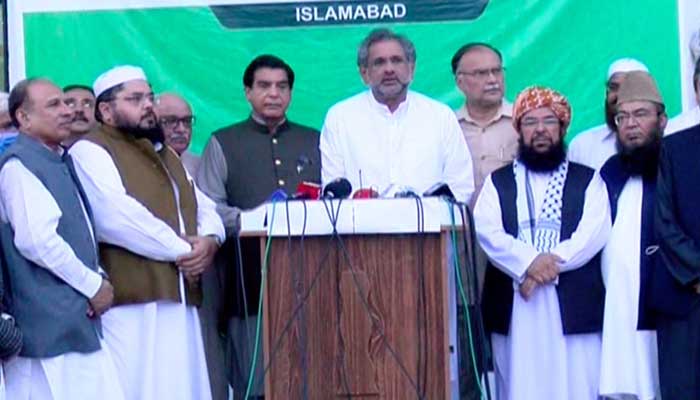 Karachi: Representatives of Pakistan Democratic Movement (PDM), an alliance of major opposition parties, have announced that they will hold a rally and public gathering in Quetta on October 11 as part of their anti-government movement.

“It was also decided that on October 11, PDM will hold [its] first public rally and then the movement will spread all over Pakistan and rid Pakistan of this unconstitutional system,” announced former prime minister Shahid Khaqan Abbasi on behalf of the movement in a press conference.