The Cambridge Assessment International Education (CAIE) has issued the schedule for its November 2020 examinations for O and A level students around the world, including Pakistan, amid the coronavirus pandemic. It is expected that number of students participating in the November exams will be much higher after examinations of May and June were cancelled this year. After the cancellation, Cambridge and the British Council failed to give students a clear method of grading in examinations as a result a large number of students opted for the examinations in November.

As per the schedule, the November series examination will start in Pakistan from October 1st. Considering the stats it is likely it seems extremely difficult for Pakistan to conduct Cambridge exams in October. The CAIE has issued the exams schedule according to its tradition so that students should be aware of the exams already, but practically the current examination series in November must also be postponed. The government was not ready to allow any school to open for teaching or exams, till the ending September. However, the govt had promoted matriculation and intermediate students without exams, but it did not indicated the fate for Cambridge students.

The proposal for conducting the test had been dismissed by the provincial authorities, maintaining that it cannot say what would happen to the pandemic situation in the province in November. Cambridge students in Pakistan who have to appear for the October/November 2020 session want the Cambridge International board to delay or cancel the exams as both regular and private candidates do not want to risk their lives at examination centres. The students have been protesting in different cities, outside press clubs, outside the British High Commission and Deputy High Commissions as well as outside their respective educational institutions for someone to hear them out. Recently they also came out with a detailed charter of demands with facts and figures to support their demands.

A precedent already set by CEIA to a total of 950,000 students from 139 countries opted for the grade prediction method for the Cambridge May/June session. Cambridge International is yet to give a final statement on the cancellation of the upcoming session

While the situation is better than May 2020 and the seating arrangement in examination halls is quite organised and a reasonable distance is maintained between candidates, but the authorities still ignored the fact that the world is dealing with a deadly pandemic that has high chances of spreading, specially when hundreds of students gather outside the waiting areas where it is nearly impossible for anyone to ensure social distancing.

Advanced Subsidiary or AS-Level and A-Level students have been completely helpless as AS students have to manage their O-Levels exams and AS classes together while being home, and A-Level students are given no help from schools, while many are unable to afford the online class system due to lack of devices. Without any preparation, the exam session will only worsen their mental health. In these uncertain times, many students are trying their best to prepare for their exams under mental stress as several among them have either lost their family members or they are suffering from the coronavirus. Many students, too, are themselves currently suffering from Covid-19 and are in complete isolation.

All Pakistan Private Private Schools Federation (APPSF) also demanded Prime Minister Imran Khan and Federal Minister for Education Shafqat Mahmood to take notice of the issue and play their role to address problems being faced by Pakistani students vis-à-vis CAIE exams, because the students could not prepare for October/November 2020 examinations. APPSF also asked the authorities of CAIE for an alternative system to exams using predicted grades. But in a reply Cambridge International observed, “We will not be running an alternative system to exams using predicted grades.”

But on the other hand it’s proved that there is a clear discrimination in the policy of CAIE, according to a Guardian-report, close to 2 million teacher assessments were adjusted downwards and in many cases ignored completely. In England, the examination regulator, the Office of Qualifications and Examinations Regulation (Ofqual), said schools would be able to appeal if they expected “a very different pattern of grades to results in previous years”. But Ofqual will not allow individual students to appeal against their grades on academic grounds.

CAIE must understand the real anxieties Cambridge students are facing at the moment. Already in the recent past the British government was forced to abandon its policy for grading exams that were cancelled because of the coronavirus pandemic after protests by students and warnings that it threatened the career prospects of the most disadvantaged pupils. Students not prepared for the exams following the six most difficult ever months out of the schools due to the coronavirus pandemic – that affected more than 1.5 billion children across the globe.

It is way too much of a burden and stress for urgent students. Some of the students were not even able to complete the syllabuses, science students are not prepared for practical due to closure of schools, and hence labs. The possibility of unexpected results will lead to a massive outcry by thousands of Pakistani students who believe that their grades were unfair and discriminatory. A precedent already set by CEIA to a total of 950,000 students from 139 countries opted for the grade prediction method for the Cambridge May/June session. Cambridge International is yet to give a final statement on the cancellation of the upcoming session.

Considering the worst-case scenario for the October session, there must be a change in syllabus or the option of smart syllabus. There must be given a reasonable decrease in the syllabus that will be assessed and there must be leniency in the paper checking, too. There was no decision made for private Cambridge students, but the policy used in the UK and Scotland as they must be treated the same as regular students, because their academic years and time is as precious as that of the others. The May/June candidates were given good grades from schools and shown leniency and the regular students expect the same from Cambridge and the government of Pakistan for the private candidates, too. If they awarded expected grades for the May/June session then why not the same for the Oct/Nov session. All the affected by the same pandemic so why are the students of this session being treated differently. The Covid-19 pandemic and subsequent closure of education institutions students could not prepare for exams and must be awarded predicted grades as was done with the students of June 2020 series.

The writer is the President of All Pakistan Private Schools Federation. President@pakistanprivateschools.com 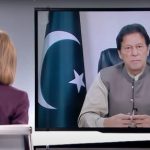