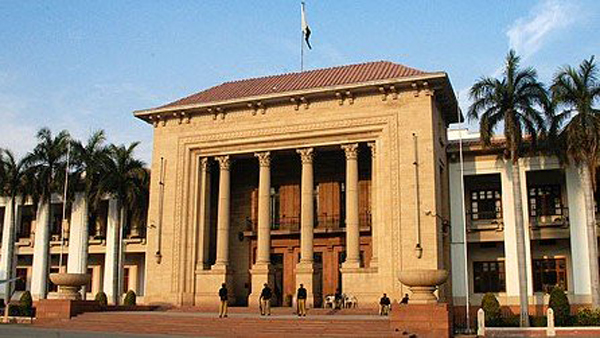 The government faced severe criticism from the opposition benches in Punjab Assembly over the change of fifth IG Punjab on Tuesday in just two years of PTI rule.

Both the PML-N and PPP grilled the government’s move of changing the IGP amid the reports that former IG Shoaib Dastgeer developed some rifts with the recently appointed CCPO Lahore.

Speaking on a point of order, PPP parliamentary leader Syed Hassan Murtaza said that the IG is changed only to achieve political objectives. He said that there is a dire need to change that person ‘who needs to be changed’. He was referring to the change of CM Punjab Usman Buzdar to get good results in the province. “Don’t run Punjab like a colony. This province has been made hostage,” said PPP leader. He also said that same powers should also be given to other provinces also to change the IG Police. No other CMs are allowed to change the IGs why changes are made only in Punjab, PPP leader Murtaza asked. To which Speaker Ch Pervaiz Elahi said that IG was also changed in Sindh.

Senior lawmaker of PML-N Sami Ullah Khan also grilled the government over changing the IGPs adding that good results cannot be obtained by changing faces in Punjab. For obtaining good results it is necessary that the officers must be provided good atmosphere to render their services in their respective areas, he added. He was of the view that the administration will be good if the officers are given security of their tenures.

Earlier, the session of Punjab Assembly started after the delay of more than two hours from its scheduled time with Speaker Ch Pervez Elahi in the chair. Chief Minister Usman Buzdar also came to the Punjab Assembly but he avoided attending the House and preferred to hold meetings at his chamber.

Law Minister Raja Basharat claimed that it is the privilege of the Chief Minister Punjab Sardar Usman Buzdar to replace the top official of the Punjab police. Transfer of IGP is the constitutional power of CM and he used it, said the law minister. In answer to a question that CM did not attend the assembly proceedings, he said that the Opposition leader Hamza Shehbaz Sharif used his privilege by not appearing in assembly session despite the fact that he reaches here on production orders. Raja Basharat, while lambasting the PPP, claimed that Sindh province had been ruined by PPP government. He said a six member’s party in Punjab Assembly does not have the right to use improper words for the elected members. It is the privilege of the CM Buzdar to change province’s top officials of police department. He said it is PTI’s government that always avoided pointing out the privilege being enjoyed by Opposition leader Hamz Shehbaz Sharif who arrives in assembly but does not bother to attend any session of the assembly. Law Minister also criticized the PPP leader as he said that the party having just six MPs doesn’t have right to call the government as hostage. We are elected representatives and PPP’s leader breached the privilege of the House by calling it a ‘Jageer’, law minister said.

The session was later prorogued for an indefinite time.