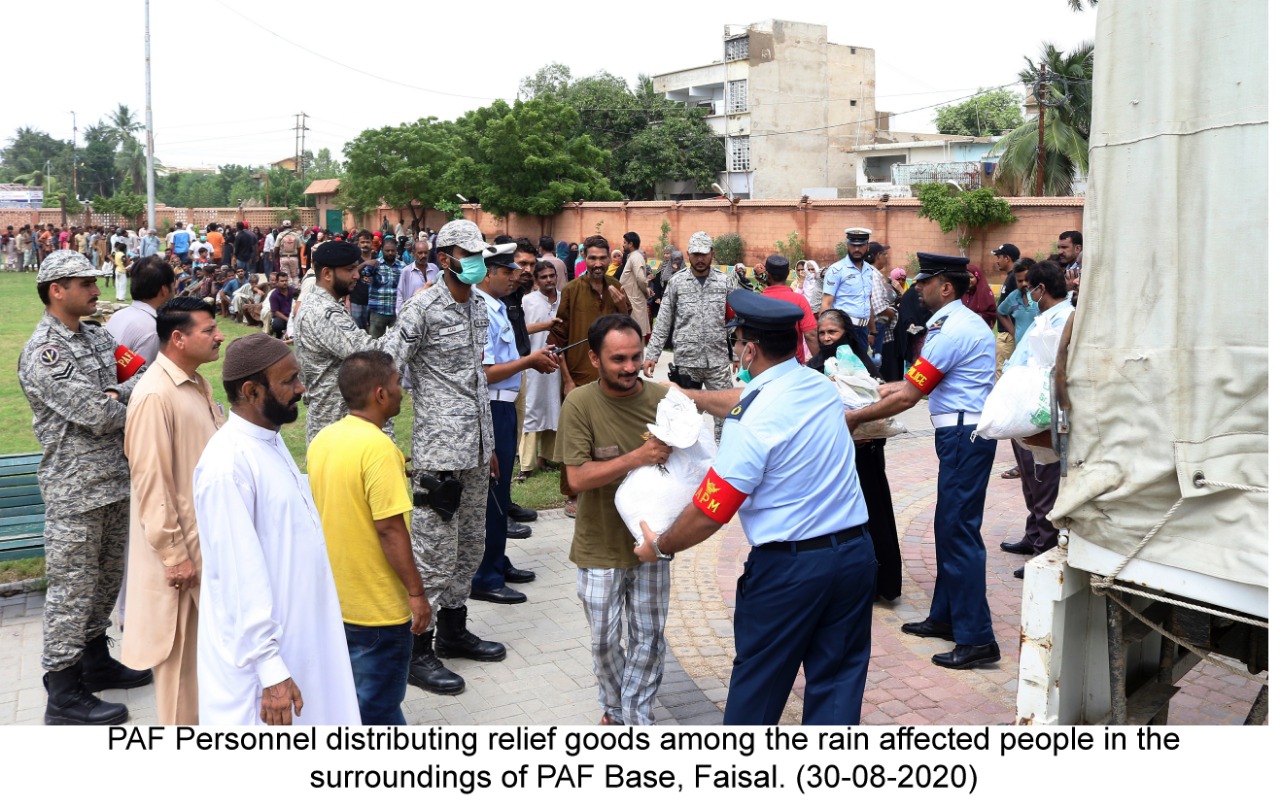 Keeping the tradition of serving the nation during natural calamities, Pakistan Air Force came to the succor of rain-affected families of Karachi. On the special instructions of Air Chief Marshal Mujahid Anwar Khan, Chief of the Air Staff, Pakistan Air Force, PAF Bases situated in Karachi are actively participating in relief operations in the rain-affected areas. 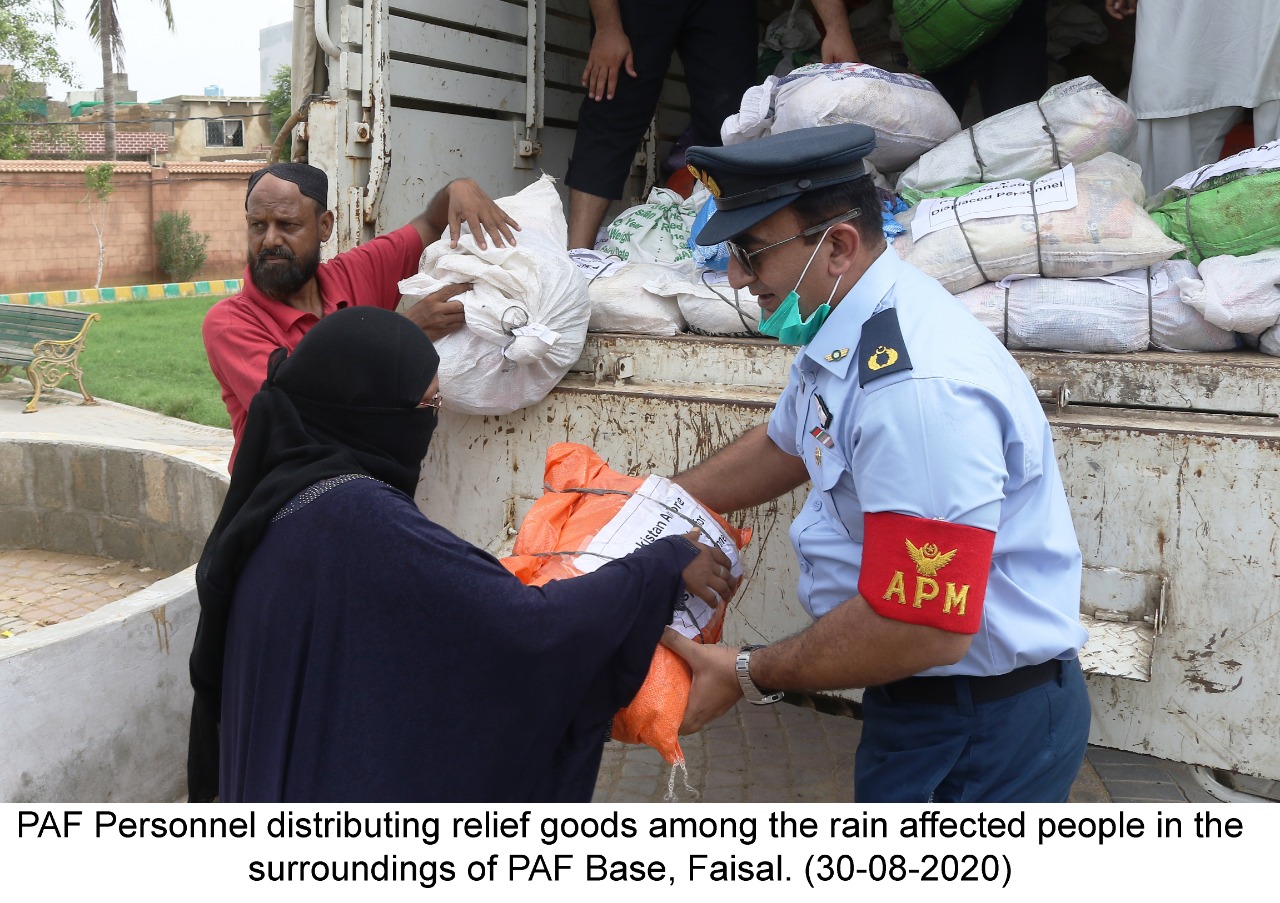 Pakistan Air Force besides actively participating in relief efforts in flood-like situations in some parts of the city is also reaching out to the needy families whose houses have been inundated in the natural calamity.

As a humanitarian gesture, ration packs carrying basic food items and commodities such as flour, rice, sugar, oil, pulses, etc were distributed amongst over 1000 needy families of the worst-hit areas in the recent torrential rains.