Most Asia stocks up on Fed rates news, Tokyo hit by Abe report 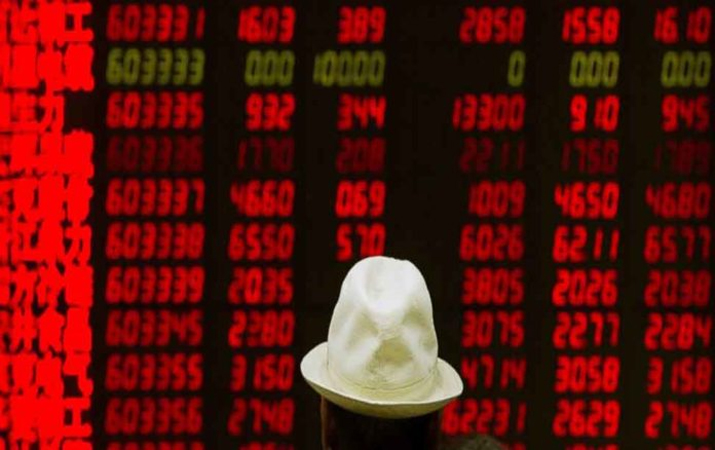 Expectations US interest rates will stay ultra low for as long as needed helped lift Asian equities on Friday, though Tokyo tumbled on reports Japan’s prime minister was set to resign for health reasons.

In a much-anticipated speech, Federal Reserve boss Jerome Powell said it would be in no rush to reel in inflation, even if it overshoots the central bank’s two percent target, instead opting for an average that took into account periods of weak price rises.

Powell said policymakers would stick with the new framework “for some time”, indicating that the era of cheap borrowing is here for the foreseeable future.

He also said the Fed would now work towards a goal of “maximum employment” as its policy of achieving low unemployment had failed to spur inflation, adding that the bank was prepared to use “our full range of tools to support the economy”.

While the move had been widely expected, the news was welcomed in New York with the Dow ending within a whisker of wiping out its 2020 losses, while the S&P 500 notched a fifth straight record.

The speech overshadowed news that US jobless claims came in higher than expected last week.

“Monetary policy is likely to stay accommodative for even longer. Not only will the Fed need to provide sufficient support to help the economy through the pandemic fallout, but also policy rates should be kept low beyond that to generate sufficient inflationary pressure.

“The search for income for Asian investors will continue — this should be supportive of risk assets such as equities, corporate bonds and emerging-market fixed-income.”

However, Stephen Innes of AxiCorp said there was some disappointment.

“First, the average inflation-targeting framework remains vague and unspecific. Second, Powell gave no hints on how the statement change would translate into concrete policy action,” he said in a note. “The question now is what the September 16 (policy board) meeting will bring.”

Hong Kong rose 0.6 percent while Singapore and Seoul each jumped more than one percent. Shanghai edged up 0.1 percent and Jakarta was marginally up. However, Sydney slipped 0.9 percent, while Taipei and Manila were lower.

Wellington dipped as it reopened after being hit early on by a cyberattack for a fourth straight day. Officials at the New Zealand Exchange said they were investigating after Thursday’s trading was called off soon after opening. The dollar was sharply down across the board.

Tokyo’s Nikkei 225 dropped more than two percent in response to reports Abe, Japan’s longest-serving prime minister, planned to step down at a news conference planned for later in the day citing health issues.

“Abe intends to resign as his illness has worsened and he worries it will cause trouble” in leading the country, national broadcaster NHK said, without identifying its source.

The news also sent the yen, a safe haven in times of uncertainty, surging briefly to 106.08 against the dollar, from 106.74.

Abe, who has led the country since 2012 — having stood after a year in 2007 — provided Japan relative stability after years of revolving door premierships in the country.

The Nikkei, which had been well up earlier in the day, ended down 1.4 percent, and analysts said there would be concerns about his big-spending, easy money policy — dubbed Abenomics — that has been credited with supporting the fragile economy for years.

There is also a need for stability, with investors needing assurances as the government struggles to guide Japan through the virus crisis and a deep recession.

While the cash tap that has helped fuel a surge in global equities will remain turned on, investors continue to be rattled by news of further coronavirus infection spikes around the world, particularly in Europe. France, Germany and Spain have imposed fresh control measures as coronavirus cases surge following the easing of lockdowns.

Oil markets were flat after Hurricane Laura, which battered the Mexican Gulf and shut down several rigs, weakened as it moved inland.