A Lesson From COVID-19: The Tragedy of the Commons

When one suffers from a grand calamity, a possible way of rationalising subsequent travail is by resorting to a search for reason in the mire of seeming chaos. With the current pandemic though, and the continued mysteries that envelop COVID-19, it is quite challenging to understand what the central takeaway is shaping up to be. Nonetheless, one of the tangential lessons that COVID-19 has brought to the fore is from a centuries-old socio-economic phenomenon, known as the tragedy of the commons.

For centuries, the Grand Banks fishery off the coast of the Canadian province of Newfoundland served as a means of livelihood for regional fishermen. The fishery, teeming with cod, provided an abundant supply of fish for harvesting-fishermen could essentially catch as many cod as they desired without adversely impacting their population.

Then, in the 1960s, advancements in technology augmented the fishing capacity of the fishermen. They could now catch vast quantities of cod, far more than they ever did before.

However, with this development, the health of the fishery began suffering.

With each passing season, the breeding stock of cod deteriorated. Finally, in the 1990s, the entire fishing industry in the region collapsed. There wasn’t enough fish to go around. This cycle, where individual fishermen availed opportunities to benefit themselves in the short-term, even when their actions were detrimental to society in the long-term, is a paradigmatic example of the tragedy of the commons.

The tragedy of the commons was first exposited in 1883 by William Forster Lloyd–a political economist–about the overgrazing of cattle in village common areas. In isolation, a farmer would find it in his best interest to allow his cattle to consume as much vegetation as possible-the better fed and healthier his cows, the greater his return. 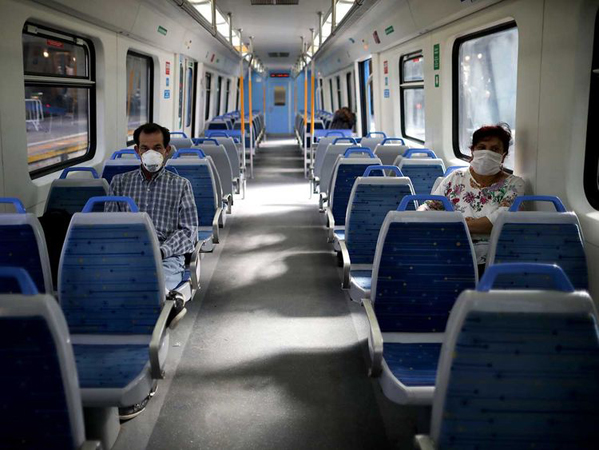 However, Lloyd explicated that if every farmer in every village acted in such a manner, all available pastures would inevitably decline. Over a century later, ecologist Garret Hardin reanimated this concept. Writing against the context of a paradigm where scores of people must share a common resource, Hardin argued that individual short-term interest-to take as much of the resource as possible-lay in opposition to societal good. And if people were to act on this individual short-term interest, the situation would worsen for society as a whole-the demand for a shared resource would overshadow the supply, and the resource would ultimately become entirely unavailable.

So, how does the collapse of the Grand Banks fishery and the tragedy of the commons link up with COVID-19? When the early alarms of the current pandemic first rang, certain behavioural alterations of society were foreseeable: people would go out of their homes less, be wary of almost everyone but immediate family, and shift to remote means of study and work. However, another initially somewhat inconspicuous result of the pandemic was that people began to stock up on food and utilities. Some did this simply to ensure a readily available supply of food during the days of quarantine. Others did so in response to an impending shortage of supplies: against the probable assumption that the general masses would stock up on as many resources as possible and resultantly impose a greater demand for goods than there existed supply, the only solution to avoiding a shortage of food was to pre-empt this scenario and stockpile food before the next person could. That was the logical thing to do. And that’s where the tragedy of the commons declares its relevance.

The essence of a tragedy of the commons is that individuals avail opportunities that benefit themselves while spreading out the harmful effects of their consumption across society. For instance, in the initial days of COVID-19 in the United States, knowing that they would have to hunker down at home for the weeks that followed, people generously stocked up on basic commodities. Sanitizers, toiletries, and food staples such as flour, sugar, and eggs flew off supermarket shelves. Retailers responded by imposing ad-hoc restrictions on the number of items one could buy, but by then, it was too late. Entire grocery aisles lay empty, wiped clean.

While unfortunate, this was the most likely scenario. Faced with a pandemic, an individual would view grocery items as a shared limited resource. Apprehensive at the prospect of losing out on the resource to his neighbours, the individual would conclude that it was in his best interest to take more than he normally would-everyone else would just have to make do with less. Regrettably, his neighbours would arrive at the same conclusion. All this adds up, and the entire supply of the resource suffers. Therein lies the “Tragedy”-optimising for the self in the short-term negatively impacts everyone in the long-term. On the flip side, the exercise of restraint by the population would yield benefits for all over the long run: a steady stream of resources would remain available.

Presently, the global community lies at the precipice of major shortages in supplies. As workers stay home, labour-intensive industries such as those of meat processing and food and vegetable production are becoming subject to increasingly apparent disruption. Moreover, due to lockdowns and restrictions on travel and movement, the transportation of goods lies in disarray as well. Consequently, even if global stockpiles somehow self-sustain, it is likely that there will be gaps between the time when supplies start to dwindle and when they can be replenished. Any form of resource protectionism at national levels would, at the very least, unsettle the global flow of goods. Meanwhile, panic buying and hoarding at an individual level would result in city, district, and provincial wide-price surges and resource shortages.

It is quite difficult to make personal sacrifices in the present for the prospective welfare of society. Resource hoarding is not likely to simply go away. But if we are to hold our heads high once this nightmarish epidemiological chapter of history has passed, we must grant others in society the precedence that we demand ourselves.

The writer is a graduate of the University of London (LLB 2017) and Harvard Law School (LLM 2019). Presently, he serves as an International Law Officer for the Article 33 Institute and is a prospective LLM candidate at the University of Cambridge