* To supplement Independence Day celebrations, the Daily Times will highlight, all of August, the individuals who continue to make Pakistan proud. Our fifth interview is with the internationally renowned award-winning filmmaker Mehreen Jabbar 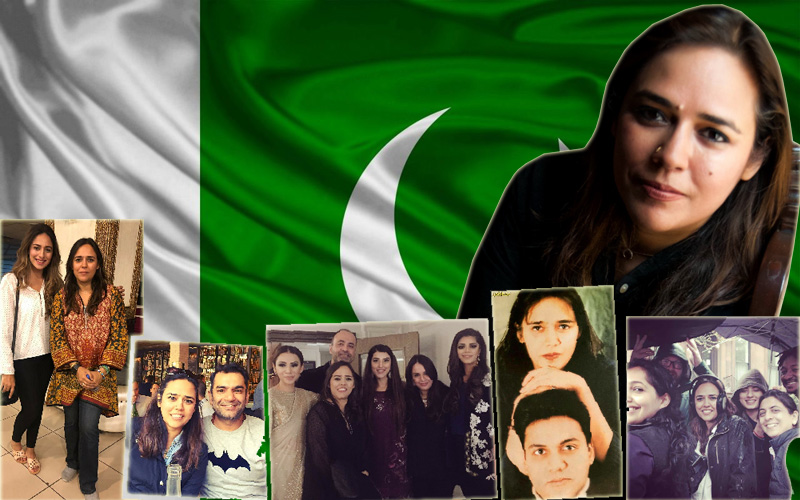 Tell us about your foray into the field of filmmaking. How did it all begin for you?

It all began because I was always surrounded by it. My parents ran one of the top ad agencies called MNJ Communications and my father had directed a number of award-winning TV commercials, documentaries and a feature film. So in a sense, it was easy for me to get into this field. I had their full support and there was no pressure on me to pursue something I was not invested in. Since I was a child, I was fascinated by the camera. I used to take the old VHS bulky cameras to my school and college and harass my friends to shoot music videos and capture the school concerts, or shows. I loved telling stories and being behind the scenes and I have been fortunate and blessed to have been given the opportunity to pursue what I have always loved.

You are the proud recipient of many awards and laurels. What, according to you, has been your biggest achievement so far?

I am waiting for that achievement! In all seriousness though, I think my biggest achievement is that I have managed to stay afloat in this field and have been given the opportunity to tell so many wonderful stories over so many years and work with some incredibly talented writers, actors, crew members and producers.

You have directed and produced many films. Which role is more challenging? That of a director or that of a producer? Under which role you feel the most comfortable?

I am most comfortable being a director because a producer is one tough job and gets the brunt of it all. However, I feel that even as a director, one ends up helping in the production process. That is how it is because this field is based entirely on collaborations so one can’t just be in one specific corner. The best work always comes out of playing as a team.

Do you think the concept of web series has badly impacted cinema going culture?

I don’t think web series is the only thing that has impacted cinema. In Pakistan, the film industry has many challenges that have little to do with the digital platform. Obviously the pandemic has greatly affected the cinema industry all over the world because we all stayed home for months and watched series and films online this year. I love the big screen and I really hope that like ebooks didn’t adversely affect paperbacks or hardbacks, the magic of watching a film on the big screen remains and thrives in the years to come.

I’m doing a short web series for a new Pakistani streaming platform and then a branded web series in Pakistan. I’m also developing two other web series, one set in Pakistan and one in the United States.

‘I’m doing a short web series for a new Pakistani streaming platform and then a branded web series in Pakistan. I’m also developing two other web series, one set in Pakistan and one in the United States’

Which project of yours has been your most favourite?

I have some favourites through the years but it’s tough to shortlist them but I will try! ‘Ab Tum Ja Saktey Ho,’ ‘Putli Ghar,’ ‘Farar,’ ‘Daam,’ ‘Kahaniyaan,’ ‘Ramchand Pakistani,’ ‘Doraha,’ ‘Jackson Heights,’ ‘Ek Jhooti Love Story.’

Is there anyone in the industry who you haven’t worked with but would love to?

Tell us about a memorable incident in your career.

A day before I was meant to shoot my first drama, I walked into my bed at night because it was dark and broke my little toe. As a result, the entire shoot was spent on crutches and because I didn’t get time to change the splint, the little toe ended up healing crooked!

My vision for Pakistan is for the country to fully utilize the enormous amount of talent and innovation we have. For Pakistan to be a progressive nation with deep respect and adherence to law, order, human rights, religious rights and social justice. And for it to embrace the diversity of the nation and celebrate it. For me, Pakistan is the country that gave me my foundation, my family, my friends, and my work. I owe so much to it and hope to see it prosper during my lifetime.

The teachers, the sewer cleaners, the farmers, the artists, the social workers, the doctors and all those who do heroic work every day without recognition but who are integral to the running of this country.

Mehreen Jabbar is a Pakistani-American director who is a veteran of the industry, with a prolific career as director/producer of gritty, hard-hitting films and television series for Pakistani and South Asian television which have earned her both critical and commercial success.

Mehreen has also made a number of narrative shorts that have been screened internationally in film festivals as well as on TV. Her film ‘Ramchand Pakistani’ premiered in competition at the Tribeca Film Festival and continued a successful festival run. In 2010, Mehreen was invited to screen her film at the Museum of Modern Art, New York. Her second feature film ‘Dobara Phir Se’ which was shot in New York and Karachi had a successful theatrical release in Pakistan, the United Kingdom, the United States and the United Arab Emirates in December, 2016.

Her award winning short films and TV dramas include ‘Daughters of the Late Colonel,’ ‘Beauty Parlor,’ ‘Doraha,’ ‘Daam,’ amongst others. In 2008, Mehreen directed her debut feature film ‘Ramchand Pakistani’ for which she was awarded the ‘Global Film Initiative Grant.’ ‘Ramchand Pakistani’ was awarded the Fipresci Prize by the International Federation of Film Critics, the Audience Award at the Fribourg Film Festival, Switzerland and an Honourable Mention by the 13th Annual Satyajit Ray Award at the London Film Festival. In 2010, Mehreen was invited to screen her film at the Museum of Modern Art, New York. The film also won the popular Public Award, presented on March 21, the final night of the prestigious Fribourg International Film Festival in Switzerland. The Public Award at Fribourg includes a cash prize of 5,000 Swiss Francs for the Producer of the film. The award is sponsored by the Swiss Agency for Development & Cooperation. This is the fourth major international award won by ‘Ramchand Pakistani’ since its release at international Festivals in 2008. Other than these, Mehreen Jabbar has won Indus Drama Awards, IndusVision Young Achievers Awards, Lux Style Awards, Kara Film Festival awards, Pakistan Media Award and Hum Awards.

Jabbar has been a member of the National Board of Film Censors in Karachi, a founding member of the KaraFilm Festival in Karachi, Pakistan and a founder member of the NGO WAR (War Against Rape). In 2012, she was invited to the Maisha Film Lab in Uganda – a non-profit training lab founded by director Mira Nair to be a directing mentor.