Did Gigi and Yolanda hide Jeffrey Epstein’s associate Ghislaine Maxwell at their farmhouse? 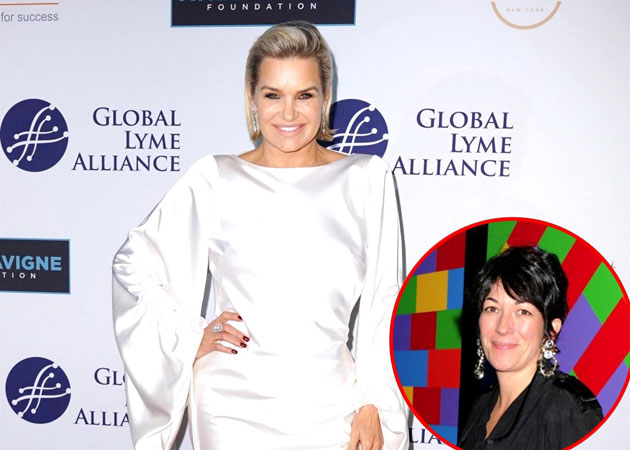 Gigi Hadid and her mother Yolanda Hadid have refuted claims from a Dutch investigative journalist about them hiding Ghislaine Maxwell in their farmhouse.

The investigative reporter, Henk Van Ess asserted that the mother-daughter duo permitted the infamous British socialite to take refuge in their farmhouse.

The claims came after FBI assistant director William Sweeney said during a presser on July 2 that late convicted paedophile Jeffrey Epstein’s alleged procurer and ex-girlfriend had skidded off to New Hampshire. “Maxwell slithered off to a gorgeous property in New Hampshire… We moved when we were ready and the arrest happened [this morning] without incident,” Sweeney said regarding the arrest. Van Ess turned to Twitter to explain how he had been keeping track of Maxwell through her IP addresses and found her lurking around the Hadid property, at a donuts shop, adding that she was also a friend of the family.

“Why #Doylestown was interesting for #GHISLAINMAXWELL? Here is a possible explanation – she was friendly with Hadid family, (including Gigi Hadid… who had a Dutch mother). [The] Hadid’s have a farm 10-15 minutes away from the Donut shop,” he wrote.

In another now-deleted tweet, Van Ess shared an article that gave a glimpse of the inside of the farmhouse. “Thanks to @NWOGaction here are some photos of the place #ghislanemaxwell near #doylestown probably stayed in – the farm of Dutch born Yolanda van den Herik, now called Yolanda Hadid,” he said.

Van Ess turned to Twitter to explain how he had been keeping track of Maxwell through her IP addresses and found her lurking around the Hadid property, at a donuts shop, adding that she was also a friend of the family

Yolanda came forth and rubbished the claims on Twitter, saying: “I do not know or have ever associated with Ghislane- the first time I have heard about her or any of this was watching the documentary, like the rest of the world, on Netflix.”

“So, I’m not sure how I have been brought into this narrative of yours, but I take these false claims very seriously. Please stop involving me. What that lady did is disturbing and she deserves to be in jail for a long time,” she added.

Gigi also came to her mother’s defense and quashed the allegations about her family’s involvement with an alleged sex trafficker.

“My mom, clearly from her timeline, almost never uses the twitter app.. this was only brought to her attention by me bc fans were sending me your tweets. She wouldn’t have seen your tweets & can not go back in twitter mentions that far…” she said in response to Van Ess’s thread.

“In your tweet above you claim that you also emailed my mom- but the only email she has from you is from 5:11am EST this morning, so in your tweet, almost 24 hrs ago, claiming that you have contacted her, you had not yet even sent an email,” she added.