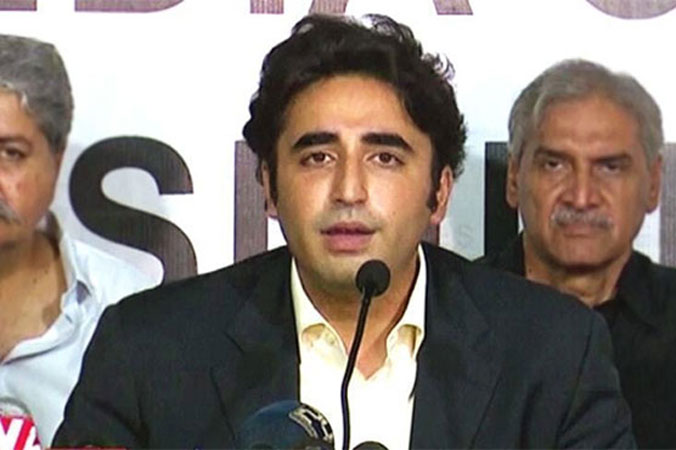 Talking to JUI-F chief Fazlur Rehman via phone, the PPP chief said that the government is deceiving the world by hiding the facts and figures related to the Covid-19 patients in the country. Both the leaders also termed the federal budget as anti-poor while criticizing the government for ignoring the locust attack in the country. Fazl also invited the PPP Sindh leadership for an APC being convened by his party in Karachi on July 9.

Earlier, Bilawal chaired a meeting of party’s provincial and federal spokespersons through video link. He directed the party’s spokespersons to adopt aggressive policy against the government on media. “An aggressive policy should be adopted by you on media regarding the baseless corruption cases made against the PPP,” Bilawal said while addressing the party leaders who frequently appear on media channels. The strategy of the government to make Covid-19 a non-issue must also be foiled, he said. “It is evident that the performance of PPP government is much better than the other governments and it must be highlighted in the media,” he said.

Bilawal hoped that the anchorpersons will highlight the point of view of all the parties while remaining unbiased. He also condemned the use of force against journalists of a private TV channel who were protesting outside the PEMRA office against the suspension of their channel license. The PTI government is involved in laying offs of journalists from their organizations to deprive the people to have an access to an alternate voice, he said, while condemning the media policy of PTI-led government.