The COVID-19 pandemic remains the most dominant factor affecting the global scenario. Neither the superpowers nor the developing countries are spared of its curse. The whole world is in a crisis-like situation whether it’s a superpower or a state like Pakistan, which already faces external threats and internal instabilities. Like every other state in the world, to continue the routine activities, Pakistan has shifted its workload to online databases. The shift to the online forum has increased dependence on the internet; making the country equally concerned about safeguarding its cybersecurity–as safeguards and security systems of our cyber infrastructure are not so protective keeping in view the dynamic nature of cybersecurity. The government has recently launched its Digital Pakistan Policy, which has acquired renewed significance in the current pandemic. Although it is a good initiative to facilitate the public, some loopholes need to be addressed as the COVID crisis seems to have prolonged indefinitely. There is a need to adopt effective measures so the weakness in the system can be effectively resolved on priority bases. 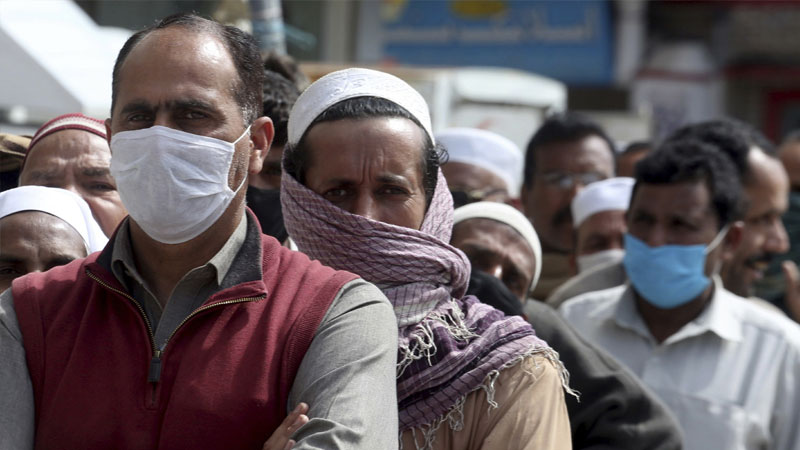 The current crisis has adversely impacted the educational hubs and other academic institutes, which almost stopped functioning for a while. The government has encouraged online classes and exams. This has not only helped schools and universities, but research thinktanks and other organisations were also able to resume their functions by utilising online forum. Here, the challenge for a country like Pakistan is the provision of fast and smooth internet connections in all districts. But nowadays, students of KPK, Balochistan, Gilgit Baltistan and even in some districts of Punjab, are facing connectivity issues. Students have raised their voices through social media forum and student unions. Other than the smooth provision of internet facility, the state needs to have robust, independent network and security systems during COVID-19 because of greater dependence on computer and internet networks and to keep up with the rapidly changing cyber technologies. Dependence on foreign developed applications like “Zoom” can be harmful in the longer term for privacy. Recently, an intrusion occurred during the webinar of the Institute of Strategic Studies (ISSI) due to non-encrypted internet connection. In encrypted connection, the risk factor still exists as the de-encrypted data is retained with the developers who can use it for their self-interest to harm the security of any state, especially states like Pakistan, which is still in the nascent stage of acquiring and developing advanced cyber technology-related tools. Another such incident occurred wherein the official website of Pakistan’s Higher Education Commission was attacked by scammers but later on, it was clarified by HEC that it was just that someone had taken the screenshot and made changes in its HTML coding and uploaded it. Still, it seemed that the website was hacked. Although this scam carried out in anger by internal rudiments was not so harmful and serious, but it’s an alarm to be prepared for the rising threats and technological challenges that could be hazardous. It is, thus, a big question mark on Pakistan’s preparedness to face such challenges in future that could be serious in their nature.

Other than the smooth provision of internet facility, the state needs to have robust, independent network and security systems during COVID-19 because of greater dependence on the computer

COVID-19 has quarantined the people inside their homes and activities are limited to the internet and computers. This has provided the cyber-criminals with the opportunity to breach the privacy and use it for their interests. During this quarantine, people are downloading different applications on their mobile phones and PCs and agreeing to give that application access to mobile data. This can be harmful and data of people can be used to cause damage to personal as well as national security because this is an era of information warfare and any entity or state can take advantage of the data provided to them unknowingly. Cybercriminals and hackers, whether they are from within the state or outside–sponsored by rival states–, can easily exploit the loophole of the existing cyberinfrastructure as before COVID-19 crisis, Pakistani infrastructure was attacked several times. This included the banking sector as well as armed forces infrastructure. For instance, cyber-attacks carried out by Indian organisation, Rattlesnake, on Navy’s Public relations Branch tried to manipulate the statements released by Public Relations Branch. Above-mentioned attacks carried out by India before COVID-19 were very alarming and threatened national security. One can gauge the level of threat during COVID-19 when the whole country is working online. There have been efforts to digitise all sectors of Pakistan with which whole data will be shifted to data clouds. This may lead to losing control over the data because once data is placed online, it will be available to everyone who can then penetrate easily and will be hazardous for national security.

To address the threats to data and preserve its national security, Pakistan needs a workable solution to protect its servers to store such a huge bulk of national data. It also needs to maintain the backup of the data to be on the safer side. It needs to develop its strong firewall security software against online viruses and Trojan horses to protect the data rather than being dependent on borrowed technologies and software because dependency in such domains in the longer runs can be harmful. So keeping in view the upcoming technological era and COVID-19 has to some added acceleration in the process of doing so. At this very moment, Pakistan needs to have a formalised national cybersecurity policy as an important pillar of national security.