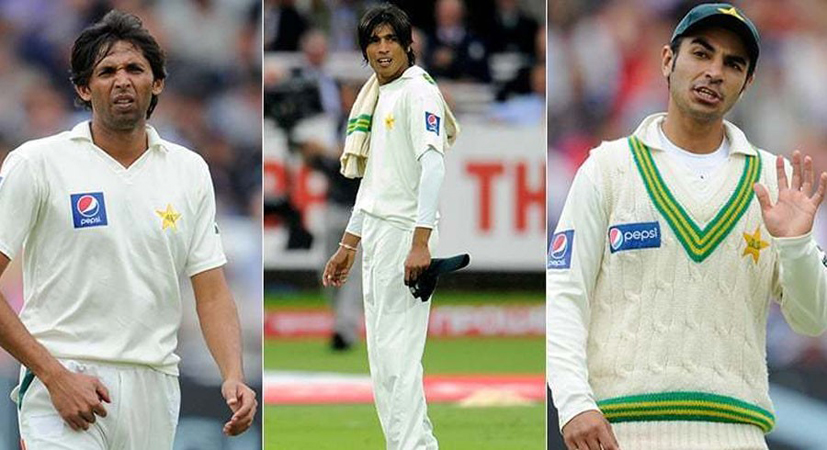 KARACHI: When Mohammad Amir bowled a no-ball against England on the opening day of the 2010 Test at Lord’s, no one could have imagined his long stride past the crease marked the first step in a historic fixing scandal. Two days later it was revealed that three no-balls — two by Amir, and one by his pace partner Mohammad Asif — had been part of a shady betting deal. Pakistan’s captain Salman Butt had orchestrated the deliberate no-balls in return for money offered by undercover journalist Mazhar Majeed posing as a bookmaker. The scandal, exposed in the sting by Britain’s now-defunct News of the World tabloid, rocked the cricketing world, and aftershocks can still be felt a decade on in Pakistan.

Not only did that dark morning at the revered ‘home of cricket’ derail the careers of three players who were banned and jailed, the saga also led to calls for Pakistan to be booted from international cricket. Butt, Amir and Asif were tried in a London court for offences under the Gambling Act and were jailed in November 2011. Announcing the sentences, the judge underscored the severity of the crime.

“The image and integrity of what was once a game, but is now a business, is damaged in the eyes of all, including the many youngsters who regarded three of you as heroes,” Justice Jeremy Cooke said. It marked a new low for Pakistan cricket, already reeling from the aftermath of terror attacks in Lahore on the Sri Lankan team a year before, which triggered the suspension of home internationals. Because he pleaded guilty earlier than his two teammates, and on account of his youth, the 18-year-old Amir received worldwide sympathy.

He was allowed to play international cricket again in 2016 and, now 28, has been successfully reintegrated into the Pakistan team. Asif, who received a seven-year ban and a one-year prison sentence, is now 37 and in the twilight of his career. Butt, 35, still harbours hopes of an international comeback after consistent domestic performances. As the orchestrater of one of the darkest episodes in the cricket-mad country’s history, that seems unlikely, especially with match-fixing still haunting the game. Sharjeel Khan and Khalid Latif were banned after a Pakistan Super League spot-fixing case in 2017. And in April this year, the talented-yet-maverick Umar Akmal was banned in April for three years for failing to report fixing offers.

Trouble shooting: The cases have led to calls for the country to criminalise fixing, a campaign taken up by the Pakistan Cricket Board (PCB). “We need to make match-fixing a criminal offence… I have talked to the government to bring in this change and make a law related to match-fixing,” PCB chairman Ehsan Mani said. Former Pakistan captain-turned-commentator Ramiz Raja went a step further, recommending tainted players should not play again for the national team, as Pakistan contemplate the return of Sharjeel after serving his ban. “We have suffered numerous times from bringing back tainted players yet we continue to welcome them just because of their talent,” Raja said. “We should avoid being desperate and rather give new talent a chance to prosper. Cricket cannot condone such behaviour and fans need to realise that rooting for tainted players is actually harming Pakistan cricket and its image.”

On the field at least, Pakistan have managed to lift the clouds. They found an astute skipper to replace Butt in Misbahul Haq, who had been contemplating retirement after being left out for infamous England tour. He led Pakistan to number one in the Test rankings in 2016. A tentative return of international touring sides has followed, culminating in Azhar Ali having the honour of leading Pakistan in their first Test on home soil in 10 years when Sri Lanka played in Rawalpindi in December.