After Nikol Pashinyan gained power in Armenia in May 2018, there were quite a few voices in favor of real progress in the negotiation process, a breakthrough towards a peaceful settlement of the Karabakh conflict. But nothing happened: there are neither substantive negotiations nor the desire of the Armenian side to return the occupied Azerbaijani territories. The fact that the status quo around Nagorno-Karabakh has remained unchanged since 1994, illustrates that Armenia has never sought to resolve the Nagorno-Karabakh conflict through diplomatic negotiations and is not going to return its land to Azerbaijan without a fight.

What is happening with the negotiation process under Prime Minister Pashinyan? Absolutely nothing. Peace talks on the Karabakh issue are at an impasse, meetings at the level of the OSCE Minsk Group and the foreign ministries of both countries are being held, but important decisions are not taken at them, and these meetings are more and more reminiscent of purely protocol events. Personally, I do not see a gap in the resolution of the Karabakh conflict through dialogue in the long term.

It’s no secret that in the 90s Armenia was able to turn the tide of history with the help of Yeltsin`s and Gorbachev’s Russia, as a result, a completely new policy dominates in occupied Karabakh today – a separatist-occupational policy, which Azerbaijan no longer controls

Not only is the Armenian side suppressing new signs of revitalizing the peace talks, it is also expanding the geography of its provocative actions against Azerbaijan, setting Azerbaijan against neighboring and friendly countries. In this context, it is worth recalling the events around the David Gareja monastery complex (“Keshikchidag”) in 2019. Armenians in Georgia were actively involved in destabilizing relations between Baku and Tbilisi. Footage appeared on the social network where a Georgian border guard took away weapons from an Azerbaijani border guard and handed them to a protester. However, the Azerbaijani border guards did not open fire on the provocateurs, on the contrary showed unusual strength, tolerance and a spirit of solidarity. It was clear that the Armenian provocateurs tried to drag Azerbaijan into a provocation and wanted to drive a wedge into relations with Georgia. Georgian intelligence services said various forces were involved in these processes, including individuals and groups of individuals hiding under the guise of protecting national values. To aggravate the problem, the so-called information warfare methods were actively used. 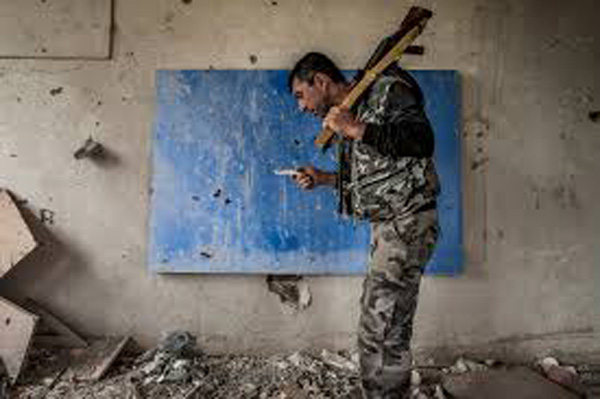 Let me remind you of another incident that caused an unpleasant reaction in Azerbaijani society, but not sharp criticism of our friendly country – Kazakhstan. So, April 30, 2020, officers of the coast guard of the Kazakh Border Service during the arrest killed one and injured two Azerbaijani citizens. In connection with this incident, the Ministry of Foreign Affairs of Azerbaijan handed a note to the Ambassador of Kazakhstan in Baku, Serzhan Abdykarimov. It is not possible to establish the true picture of the incident, but according to the official information of the Ministry of Foreign Affairs of Kazakhstan, the incident occurred as a result of violation of the water border of Kazakhstan. Perhaps it was. But why did the Kazakh border guards need to fire 271 shots at unarmed Azerbaijani fishermen fleeing from a firearm? (25 warning shots were fired from a firearm, 87 shots at the course and 185 shots at the engines of the vessel of the violators). Honestly, I do not recall fatal incidents in the Caspian Sea in violation of the regime of territorial waters of Kazakhstan, which could mention the names of Azerbaijanis. There were only cases of violation of the water border of Kazakhstan by Azerbaijani fishermen. For example, according to the border service of the National Security Committee of the Republic of Kazakhstan, 41 citizens of Azerbaijan have been detained from 2017 to the present, of which 33 have been convicted of violating the state border. Then what really forced the Kazakh border guards to open fire on unarmed Azerbaijani fishermen? For clarity, some details are still missing. Maybe the Armenians were also involved in this incident? Who knows … In any case, the Armenian factor should not be thrown aside.

Sometimes I ask myself why Armenia is trying to play a foul game with Azerbaijan in the territory of another foreign state. In the context of the territorial integrity of Azerbaijan, Armenia managed to achieve its goals – Karabakh + 7 Azerbaijani regions are controlled by the Armed forces of Armenia. That is, all that needed to be taken from Azerbaijan the Armenian side has already taken. There is nowhere to step further. Their further mission is to keep the occupied territories under their control for the long term. How to achieve this goal? Only with the help of a distraction maneuver. By drawing Azerbaijan into provocative actions with neighboring countries, Armenia is trying to shift the attention of the Azerbaijani authorities, society and the media from the Karabakh issue to other topics. We are lured to a foreign field in an attempt to influence the information agenda of the Azerbaijani media, that is, it is not beneficial for the Armenian authorities and their curators that the Azerbaijani media constantly keep the Karabakh issue on the agenda and do everything possible to get the Karabakh issue off the orbit Azerbaijani media, and our media has widely covered other topics. For example, the incident on the Georgian-Azerbaijani border due to the monastery complex David Gareja was actively discussed by the expert community of Azerbaijan for several months and was widely covered in the Azerbaijani media. From time to time, Azerbaijani journalists still come back to this topic. What conclusion can be drawn from this incident? The Armenian side is trying to “kill two birds with one stone” – to dull the sense of retribution among young generations of Azerbaijanis, “paint over” the historical memory of Azerbaijanis about lost lands and drive a wedge into relations with our friendly countries.

From time immemorial, Azerbaijan has always been with great respect both to its neighbors and to representatives of other peoples living in the country. To this day, Azerbaijan is committed to its historical traditions of hospitality. Due to the national-cultural diversity existing in Azerbaijan, the atmosphere of ethnic and religious tolerance, Azerbaijan has become famous as a multinational and multi-confessional country, a space of intercultural dialogue on a global scale. Multiculturalism in our country has already turned into a lifestyle that has no alternative. However, amid the advancement of Azerbaijan’s multicultural values around the world, Armenia is trying to push Azerbaijan’s foreheads with neighboring and other countries in order to tell the world community that Azerbaijan is not a carrier of multicultural values, that the real aggressor is Azerbaijan, not Armenia. Thanks to the prudent and far-sighted policy of President Ilham Aliyev, Azerbaijan manages to suppress such provocations. But how long will we be able to stop it?

In response to these provocative actions, we should develop a new strategy to deter Armenia at all levels – both in the humanitarian, cultural, information spheres, and in the military field. Of course, Azerbaijan has something to brag about. We were able to build an indestructible barricade around the Armenian economy, isolating it from participation in regional infrastructure projects – these are transport and energy projects. Today, Armenia practically lives in the conditions of a transport blockade – the borders are closed not only with Azerbaijan, but also with Turkey. The transport blockade by Azerbaijan and Turkey, the isolation of Armenia from strategic projects in the region led to the outflow of foreign direct investment from the Armenian economy, the loss of tourist attractiveness of the country, and most importantly, to the deterioration of the demographic situation. From 1989 to 2020, the population of Armenia decreased by almost 350 thousand people. For example, if in 1989 the population of Armenia was 3 million 304 thousand 800 people, then the population of Armenia, as of April 1, 2020, amounted to 2 million 956 thousand 900 people. According to the UN forecast, the population of Armenia will continue to decline by 2050 and amount to 2 million 573 thousand people. Which countries the Armenians are fleeing from poor Armenia to is another topic for discussion.

It’s no secret that in the 90s Armenia was able to turn the tide of history with the help of Yeltsin`s and Gorbachev’s Russia, as a result, a completely new policy dominates in occupied Karabakh today – a separatist-occupational policy, which Azerbaijan no longer controls. If Armenia managed to change the matrix of the political system of the Nagorno-Karabakh Autonomous Region of the Azerbaijan USSR, Azerbaijan managed to change the matrix of the economic and demographic policy of Armenia. Maybe in Armenia are not fully aware of what is happening with their country, but the negative processes taking place in Armenia from the point of view of economic and demographic factors only work for the benefit of Azerbaijan. The Armenians took our lands, but could not take our economy and demography. We, in turn, gradually, without firing a shot, take away the future of their economy, the future of their gene pool, and all this creates the prerequisites so that we can regain control of our lands, over the historical and cultural heritage of the occupied regions, and return the right of the internally displaced persons to return to their homes. I do not call for the resumption of hostilities in Karabakh, because the war for Karabakh has never stopped and is ongoing on all fronts. If today Armenia controls our lands, Azerbaijan remotely controls the future of their economy and the future of their gene pool. What does it mean? We, in fact, laid the foundation for the gradual restoration of the territorial integrity of the country in the future, and begin to take back control. But when the right time comes, we will completely return control over our occupied territories, change the course of history and create a new policy in the Nagorno-Karabakh Autonomous Region of Azerbaijan, which we will already manage.

The writer is the director of the international expert club EurAsiaAz and editor-in-chief of Azerbaijan’s news agency Vzglyad.az