Recently, former ambassador of Pakistan to the UN, Abdullah Hussain Haroon, has appeared on the web with a video recording in which he stated that the COVID-19 pandemic was not a natural epidemic but invented in a laboratory as a part of a heinous conspiracy involving Israel, the US and Europe to stop the fast economic development of China.

Mr Haroon would have made the Islamic world believe his hypothesis of conspiracy in science (which our politicians mostly relish applying in politics), had it not been for the timely intervention of eminent Pakistani scientist Dr Atta ur Rehman who suggested that the views of Mr Haroon may be partially correct to the extent that the work for the synthetic modification of this virus was already underway in one of the military-controlled bio-labs of the US, which, under fear of leakage, was closed down. However, there is no conclusive evidence that the formation of coronavirus was natural or made under design in a bio lab. However, in his opinion, Chinese city Wuhan was not the epicentre of the corona, but these were the bio-labs of the US and the UK, where the initial work was done. But he ruled out the theory of Mr Haroon that the entire imbroglio was the result of any international conspiracy because if it had been such a case, the chief sufferers would not have been the US, the UK and other European countries.

Dr Atta ur Rehman also put the record straight by stating that it was wrong on the part of Mr Haroon to say that a US-based company obtained a patent (No US2006257952) in 2006 of the virus from the US government. Dr Rehman contended that this information was incorrect as a Google search showed that it had nothing to do with coronavirus but that it was granted to Roche and relates to breast cancer. Similarly, according to Mr Haroon, the patent for a vaccine for coronavirus (EP3172319B1) was applied for in Europe in 2014 and the patent was granted in November 2019.

But it was a patent for a vaccine for coronavirus that infected birds and caused symptoms found in bird influenza. It was not for humans. According to Mr Haroon, the coronavirus was created in a lab in the UK and whose registry was done in the US. From there it was sent to a lab in Wuhan via Air Canada. The lab in the UK was sponsored by the Bill and Melinda Gates Foundation while the John Hopkins and the Bloomberg School of Public Health in the US had made preparations to dispatch the virus to Wuhan. He further added that Israel had already started preparing the vaccine with the intention to share the cure with the countries, which recognise it as an independent state. 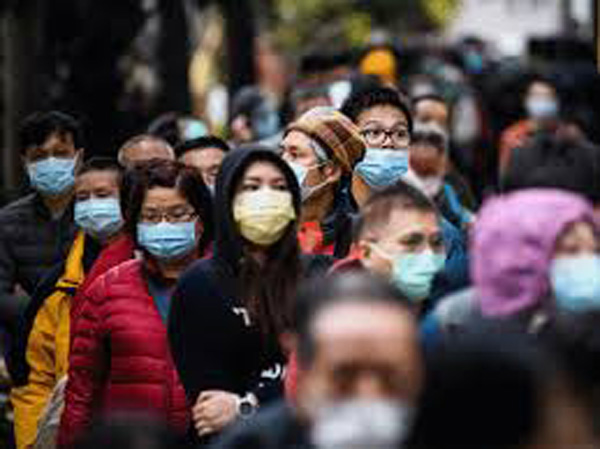 It is also appropriate to mention here that China previously blamed the spread of Coronavirus on those 5 Americans who came to Wuhan for 2019 Military World Games and allegedly brought the virus with them. Some other conspiracy theories suggest these strains of the coronavirus were accidentally released from the US or Chinese laboratories where bioweapons programmes were underway. However, all this is based on conjectures, and there is no solid proof that any of the claims are correct. We may never know the real truth.

According to Dr Atta ur Rehman, the most plausible scientific evidence points to the fact that the virus arose from certain bats in China that contain viruses very similar in structure to that found in COVID-19. One particular bat virus (code-named RaTG13), or another virus very similar to it, was most probably the origin. It managed to make two tiny genetic tweaks to its structure that made it so lethal. The first tweak involved allowing it to bind to certain receptors (ACE2) that are present in human cells and that are particularly abundant in human lung cells. This binding is tight, almost perfect, 10 times stronger than what the earlier known SARS virus cells could do. Dr Rehman further says that the virus thus developed was to have a large number of protrusions on its surface that act as tiny harpoons and are able to penetrate into the human lung or other cells when they receive the right signals. The ability of the virus to jump from animals to humans coupled with these two tiny genetic changes has transformed it into a huge global threat to human survival, and it is feared that millions may die before the present storm is over.

As far as video message is concerned, the former envoy has blamed US, UK, China and Canada for intentionally spreading the disease, therefore, organizations such as WHO and UN should conduct a serious investigation to test the credibility of the content provided by the former UN ambassador.

At the same time, it has to be seen that the US, itself, is one of the most hard-hit countries with this new coronavirus. The situation in the US, Italy and Spain has become very alarming. However, in China, there are no new patients. But against the conspiracy theory of Mr Hussain Haroon, these countries too have not received the alleged vaccine from Israel. And if Israel has succeeded in preparing the vaccine for coronavirus, then why it does not supply vaccine to its close allies? Nor the countries who have already recognized Israel have received any vaccine from Israel. Muslim countries have not fallen victim to this pandemic as seriously as China and other western countries. And if the U.S and U.K are behind the spread of this virus then why they are not able to save their own people and economies. Destroying their own economy and again spending money to make their economy stable makes no sense.

Regarding the points he raised about Pakistan, it is true that Pakistan does not have adequate facilities to combat the virus both economically and medically. Admittedly the masks and sanitizers are trivial as compared to testing kits and ventilators, and Pakistan’s government will not be able to recover from the shortage of these things on its own. Testing the suspected patients of the corona is extremely important without which the disease cannot be controlled. The present statistics of Pakistan are based on testing only ten thousand people during the last four weeks, whereas in Germany alone, one hundred thousand tests are performed every day. On the basis of the above facts, most of the circumstances narrated by Mr Haroon are correct, but there is no evidence that all this was the result of an international conspiracy. There can’t be a conspiracy where the manipulators themselves are the biggest losers.

The moral of the story in my view is that bio-weapon labs are at work in all the big economies in competition against each other to a point where the human race faces complete obliteration, stronger than the threat of nuclear devastation which might spark off any time by design or accidentally, and the present attack of COVID-19 is only a faint reminder of what may be in store for humanity in future.