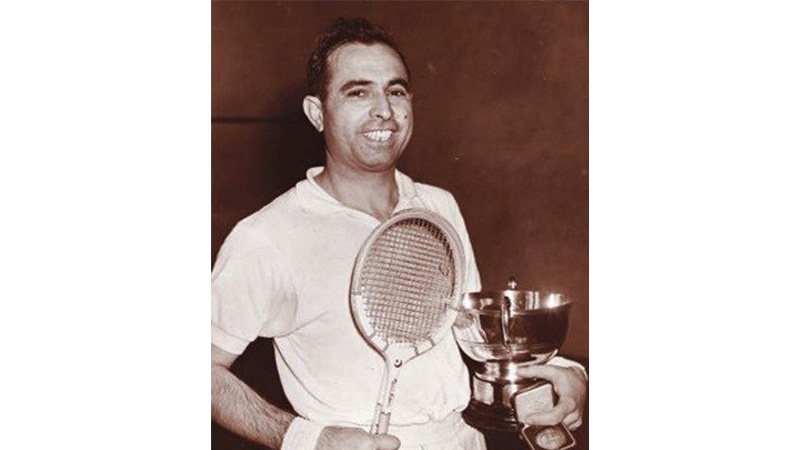 LAHORE: Azam Khan, one of the greatest squash players of all time, passed away in London on Saturday, becoming one of the thousands of victims of the coronavirus pandemic. The 95-year-old Azam, who won four consecutive British Open titles between 1959-62, tested positive for COVID-19 last week and breathed his last at London’s Ealing Hospital. His son Wasil Khan, a former British junior champion, was quoted as saying from London that the hospital authorities informed the family about Azam’s demise on Saturday afternoon.” All of us here in London are in isolation and the news has come as a big jolt for us,” said Wasil. Azam, who had settled in Britain back in the sixties, is one of the prominent members of the great Khan dynasty which ruled international squash for decades. His elder brother, Hashim Khan, was the first Pakistani to win the British Open back in 1951.

Azam was 11 years younger than Hashim, who was almost like a father figure to him. Ever since their father’s demise when Azam was still an infant, Hashim had taken him under his wings. In 1953, Hashim took Azam to Britain with him. Azam continued to feature in all major events and his first British Open title finally came in 1958 when Hashim was forced to pull out of the tournament because of an injury. Azam went on to win three more British Open titles but was forced to call it quits after snapping an Achilles tendon in 1963. He was still young enough and could have made a successful international comeback but a great tragedy struck when his eldest son died. After his son’s death, Azam lost interest in life and gave up any plans he had of returning to professional squash. During an illustrious career, Azam featured in seven British Open championships and was regarded as one of the world’s best shot-makers and strategists.