* Restriction doesn’t apply to diplomatic, chartered and cargo flights
* PIA will be allowed to fly its aircraft back to Pakistan
* Of 42 trains, 12 will be suspended today, 22 from Tuesday and eight on April 1 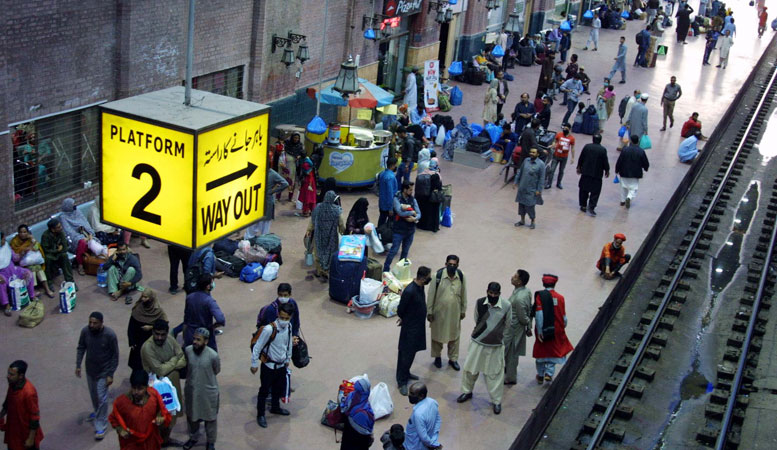 The Aviation Division on Saturday announced to suspend operation of all international passenger, chartered and private flights to Pakistan from March 21 (2000 hrs PST) to April 4 (2000 hrs PST), keeping in view the evolving situation in the country due to the coronavirus outbreak.

“This is a temporary suspension imposed due to exceptional circumstances. Upon resumption of international passenger, chartered and private flights to Pakistan, RT-PCR test certification from points of origin will not be mandatory,” a spokesman for the Aviation Division said in a press release. “Diplomats and special/cargo aircraft are exempted from the conditions above. However, they will be subjected to appropriate health screenings on arrival. They can also be isolated/quarantined as per advice of health professionals,” he said.

The spokesman said the government is fully committed to ensuring the safety and security of its people, adding the COVID-19 is a global challenge entailing a global response. “Individual responsibility is critical for collective security. Your safety lies in keeping others safe,” he said.

The spokesman said the World Health Organization (WHO) has declared the COVID-19 a pandemic with most of the countries reporting the cases of the disease. He said the government is making all-out efforts to deal with a rapidly evolving situation, which is a challenge not only for Pakistan but for the whole world. “Proactive, comprehensive and coordinated steps continue to be taken to curtail the spread of COVID-19, with a view to ensuring safety and security of our nationals and people traveling to and from Pakistan,” he added. As the situation evolves, he said, the government will continue to review the measures and arrangements in place, including the WHO recommendations to keep the countrymen safe.

Special Assistant to Prime Minister on National Security Moeed Yousuf said a few international flights of only Pakistan International Airlines will be allowed to return. Calling it a difficult decision, he said the ban is temporary and it does not include cargo and diplomats in Pakistan. “The government is taking this seriously. All our missions have been issued directions that whatever they can do to help they should do,” he said, and went on to say that when travel activities will resume, the coronavirus certification that was made mandatory earlier, will not be useful anymore. “Screening process will continue as of right now,” he added.

The decision of phase-wise suspension of trains have been taken to facilitate the passengers, the minister said, adding that Pakistan Railway has refunded Rs 800 million to the passengers so far. However, the passengers have been given option to either take a refund or avail the ticket in another train in the same class, he added.

Pakistan Railways operates 142 trains on 1885-kilometer-long track, said the minister, adding the government has decided to suspend only 42 trains out of 142 because railways is out of cash to pay refunds at once to all the passengers. He said he agrees with Prime Minister Imran Khan’s decision of not to lockdown the country. He said the notification for suspension of trains will remain effective till 15 Ramazan, however it will either be revoked or renewed keeping in view the situation. He also appealed to the passengers to avoid unnecessary traveling and stay home.