Climate change is playing havoc with the lives and livelihoods of people across the globe but developing countries like Pakistan are the worst affected. The situation is bad in poor countries of Asia and Africa because they are passive victims of climate change. Pakistan is placed at fifth position on the Global Climate Risk Index 2019 but the fact is that its contribution to global greenhouse gas emission is less than one percent. Since the earthquake in 2005, Pakistan is faced with back to back disasters with an increased frequency from flooding to drought. The extreme heatwaves in Karachi are now witnessed on seasonal basis. As per media reports heatwavaves caused the death of around 1,200 and 65 people in 2015 and 2018 respectively.

A recent development in Lahore is smog that has entered its fifth season. All the deaths and destruction brought in by these climate-induced-events must serve a wake-up call at a higher level of government and within groups of civil society. It is time to consider negative repercussions of climate change as human rights violations because in the end it is the people who suffer in silence.

The fact is that riverine communities in monsoon seasons are wiped out without even getting into the notice of media. They are recorded just for the sake of numbers not as people in need of relief and early recovery services. It is not only floods; the drought is affecting large swathes of Cholistan, Tharparkar, Balochistan and other parts of the country. The situation is very alarming. On the one hand our coastline is going under sea intrusion at a fast pace. On the other hand our melting snow in the mountainous north leads into increasing atmospheric temperature and rise in sea levels. 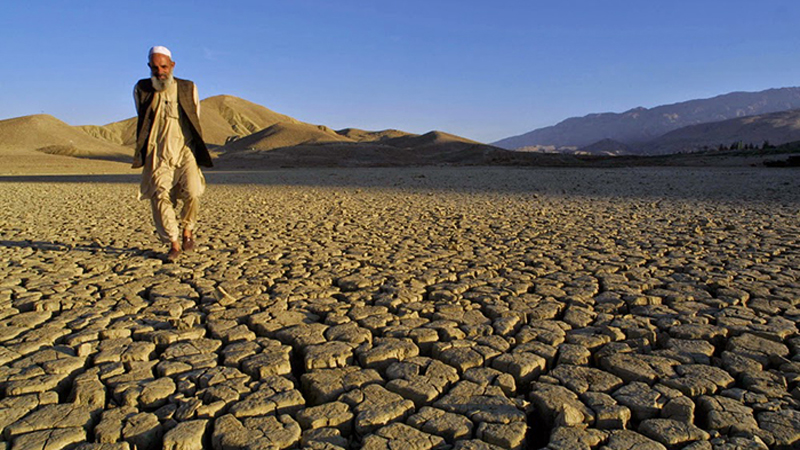 Climate change is affecting the land and population with multiple dimensions. One of them is change in cropping calendar and shift in weather patterns: monsoon system is now becoming more unpredictable and more catastrophic. All these changes are causing food insecurity in the country. Land under cultivation is decreasing as more and more housing societies are cropping up on all sides. Farming sector is proving far insufficient to meet the basic needs of farmers, therefore; they are forced to migrate to urban cities in search of their livelihood. Thus Pakistan comes among the leading countries affected by climate-induced-migration. Food insecurity has direct link to climate change. The cost of climate change is much higher for a developing country like Pakistan, particularly when its share to environment degradation is negligible thus it cannot solely be blamed for it. It cannot alone cope up with this challenge with its limited resources and technical capacity. Therefore, the developed countries should realise that dividend of their economic development is at the cost of climate change increasing the vulnerability of developing countries. Human-induced climate change is result of overdevelopment of rich countries. Thus they have more responsibility towards climate justice. They must come forward to address this global threat by helping the poor nations with adequate funds, knowledge, sharing of technology and expertise for climate mitigation and adaptation. Developing countries like Pakistan can seek these funds from the international platforms such as the Green Climate Funds.

The PTI government is conscious of impact of climate change and has launched a “Billion Tree” plantation drive across the country. Now this project has changed into “Ten Billion Trees” to be planted country-wide over a period of five years. Though the growth of trees will take some time but it is a step in the right direction. This drive will go a long way in compensation of losses rendered by timber mafia particularly in KP. The need is to have an effective monitoring mechanism in place to ensure that the project has been executed in true spirit keeping in view the cost-effective-approach. Another positive development is ban on plastic bags which is a serious climate-change-hazard. These are good but insufficient steps to decrease the vulnerability to climate change. For this there is need to engage print and electronic media for mass education on climate change.

It cannot be overemphasised enough that climate change is more threatening than traditional wars between rival countries. And it is causing losses on not just daily but hourly basis. We have to make this planet safer for our next generations. For this we have to go for sustainable environmental practices. Nations have to work together in a coordinated way to mitigate and adapt to the effects of climate change. It is a threat to population of the entire planet. Therefore, establishment of an efficient early warning system is the need of the hour. Last but not the least; climate change must be part of curricula for wider awareness.