Every year, the martyrdom of Muhammad Afzal Guru is celebrated on February 9 to pay homage to him. India secretly hanged him and buried him inside the Tihar jail complex on February 9, 2013. His martyrdom resulted in protests in Kashmir and widespread condemnations from various political and human rights organisations. Guru was convicted in the 2001 parliament attack case and awarded the death sentence. Guru had always denied plotting the attack, which left 14 dead, including five militants.

In the past six years, during Guru’s martyrdom anniversary, a complete shutdown was observed in the Indian-occupied Kashmir (IoK), and protest demonstrations were held to demand the return of his mortal remains. Every year, the call for strike is given by pro-freedom leaders and organisations to mark the anniversary of Guru. In their statements and meetings, the leaders pay glowing tributes to the martyred Muhammad Afzal Guru who sacrificed his live for the Kashmir cause.

This year this day has come at the time when six months have passed, and Indian forces continue the lockdown and curfew in the IoK. More restrictions have been imposed in the wake of shortage of foods and even medicines for patients. In order to hide human rights violations, communication services have been cut off and foreign journalists are not allowed to enter that region.

Various forms of state terrorism have been part of a deliberate campaign by the Indian army and paramilitary forces against Muslim Kashmiris, especially since 1989

Indian forces have broken all previous records of gross human rights abuses since August 5, 2019 when Indian extremist Prime Minister Narendra Modi’s government abrogated the special status of the Jammu and Kashmir by abolishing articles 35A and 370 of the constitution to turn the Muslim majority into a minority in the Indian-controlled Kashmir. Indian fanatic rulers are also escalating tensions with Pakistan to divert attention from the drastic situation of the IoK and have continued shelling inside the Pakistani side of Kashmir by violating the ceasefire agreement of the Line of Control (LoC).

The very tragedy of the Kashmiris had started after 1947 when they were denied their genuine right of self-determination that was recognised by UN resolutions. On February 5, 1964, India backed out of its promise of holding a plebiscite in accordance with the UN Security Council’s resolution. Instead, in March 1965, the Indian parliament passed a bill, declaring Kashmir a state of India and an integral part of the Indian union. 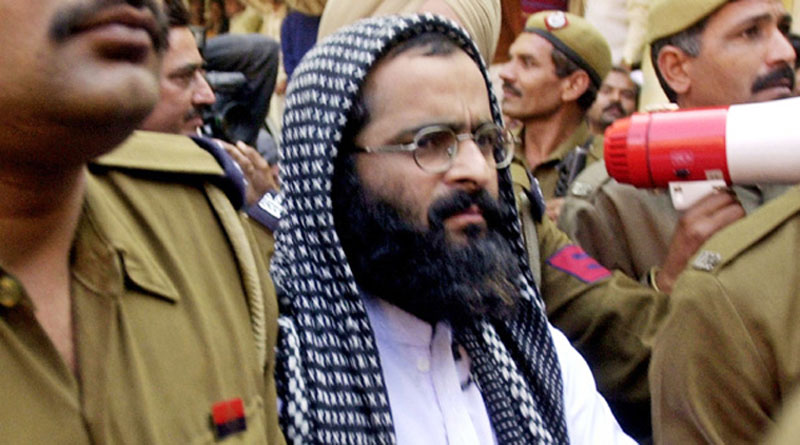 Various forms of state terrorism have been part of a deliberate campaign by the Indian army and paramilitary forces against Muslim Kashmiris, especially since 1989. It has been manifested in brutal tactics like crackdowns, curfews, illegal detentions, massacre, targeted killings, sieges, burning of houses, torture, disappearances, rape, breaking legs, molestation and rape of Muslim women, and killing through fake encounters.

Indian forces have employed various draconian laws like the Jammu and Kashmir Disturbed Areas Act, the Armed Forces (Jammu and Kashmir) Special Powers Act, and the Public Safety Act in killing the Kashmiri people, and for the arbitrary arrest of any individual for an indefinite period.

In its report on July 2, 2015, the Amnesty International highlighted the extrajudicial killings of innocent persons at the hands of Indian security forces in the Indian-held Kashmir. In the World Report 2020, Meenakshi Ganguly, South Asia Director at Human Rights Watch, said on January 14, 2020: “The Bharatiya Janata Party-led Indian government’s actions over the past year [2019] have caused enormous suffering and rights violations…its unilateral revocation of Kashmir’s special constitutional status and the use of draconian laws to silence criticism…The Indian government has tried to shut down Kashmir, hiding the full extent of the harm caused there.”

In his address at the UN General Assembly on September 27, 2019, Pakistan’s Prime Minister Imran Khan elaborated the various dimensions of the plight of the Kashmiris, Kashmir’s lockdown, placing eight million people under curfew, Modi’s anti-Pakistan narrative, and the danger of a nuclear war between India and Pakistan. In his third meeting with the US President Donald Trump on the sidelines of the World Economic Forum in Davos on January 21, 2020, Prime Minister Khan has once again expressed his desire for mediation by the US on the Kashmir issue.

It is due to the efforts of Islamabad that rights groups, leaders of foreign countries, the UN, and external media have been continuously pointing out the plight of the Kashmiris, especially in the aftermath of the military clampdown in the IoK. Parliaments of some western countries have also passed resolutions in this regard. The EU parliament has prepared a draft of the resolution that is likely to be passed in March 2020.

Meanwhile, New Delhi may arrange a new fake drama to implicate Pakistan to divert the attention from its internal problems and that of the international community from the continuing military clampdown in the IOK. This pre-planned drama has been exposed even by the Indian media on January 12, 2020. But Indian rulers can implement their scheme of another false flag operation like Pulwama; Pakistan’s civil and military leaders have repeatedly warned the international community about it.

Since February 9, 2013, Indian forces have martyred more than 1,500 innocent persons who have been protesting against the martyrdom of Muhammad Afzal Guru, as his martyrdom has accelerated Kashmir’s struggle.

The author writes on international affairs and is author of the book: US vs Islamic Militants, Invisible Balance of Power: Dangerous Shift in International Relations