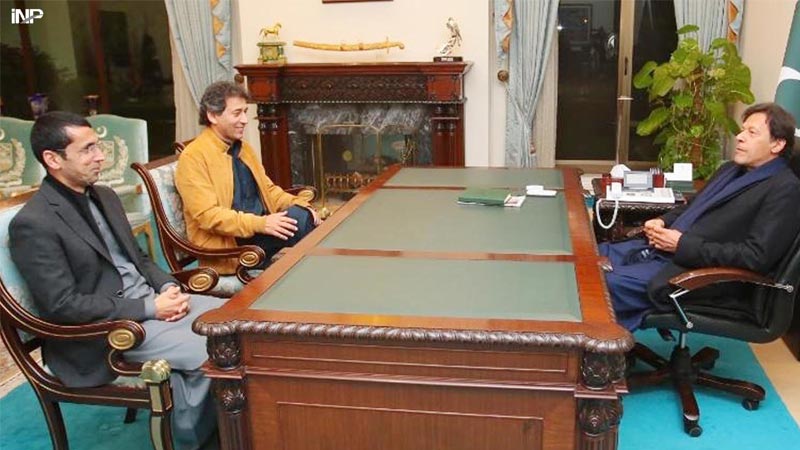 According to a private news channel, both Pakistan Tehreek-e-Insaf (PTI) leaders had their first meeting with PM Imran following their dismissal as ministers. Both the leaders talked about their differences with Chief Minister Mahmood Khan. Sources said that Atif and Shahram Tarakai apprised the premier of their reservations, and also said that they had no objection over the PM’s decision. Imran also assured both leaders of his confidence in them.

Meanwhile, PM Imran also expressed his reservations over the media’s promotion of the party’s internal affairs, saying that he had never compromised on party management. He went on to say that it was a difficult decision for him and he never prioritised any personality and took hard decisions. “Hopefully, you will work harder in the future”.

Atif Khan said that they had always worked hard for the betterment of the party, and also again won the majority in KP on the basis of their performance. He clarified that he didn’t want to be the CM, and his real purpose was to work in a better environment. “I am an old PTI worker and will continue to do work for the party,” he added.

Shahram Tarakai asserted that they raised their voice multiple times against the governance situation in the province, which is why they were conspired against. He added that many assembly members had contacted them about the CM’s performance. Separately, Balochistan Chief Minister Jam Kamal called on Imran Khan in Islamabad.

During the meeting at the PM’s House, ongoing development projects and various provincial issues came under the discussion. The premier was also briefed on the situation of law and order in Balochistan.

It is pertinent to mention here that Balochistan Assembly Speaker Abdul Qudus Bizenjo had submitted a privilege motion against the Balochistan CM on January 24. He was of the view that the CM’s remarks about him were unnecessary and unparliamentary.