The idea of Pakistan originated from the two-nation theory that pushed for the creation of a separate homeland for Muslim minorities of the subcontinent. Though Mohammad Ali Jinnah struggled for emancipation of the Muslim minority community of the undivided India under the all-green flag of the Muslim League, he ensured incorporating the minorities of his newly established state in the new flag by including a white stripe, representing the multi-faith communities, to enforce his vision for inclusivity.

Jinnah was well-acquainted with victimisation minorities are confronted with when majoritarianism takes a toll, and therefore, even in his one-year life span, post-Pakistan’s creation, a ministry as important as lawwas given to a non-Muslim to define the legal frameworks of the new state. There was little doubt left about the kind of country he envisaged for his people.But seven decades on, Jinnah’s vision of an inclusive Pakistan remains a distant dream.

The post-Jinnah Pakistan has been riding roughshod over minorities whom the founding father held so dearly. Foundations of persecution of minorities were laid out with the of the Objectives Resolution as the preamble of future constitutions right after Jinnah’s death, changing the ‘Republic of Pakistan’ into the ‘Islamic Republic of Pakistan’. It drew a linebetween Muslims and other faiths in country’s political arena, undoing Jinnah’s Pakistan that had placed cohesion and coexistence at the heart of affairs. It served as the basis for not only the exclusion of religious minorities from mainstream politics but also for the institutionalisation of bigotry, which was later carried out in full swing under Zia’s regime.

Socio-political exclusion of minorities, emanating from decades-long systematic persecution, can only be attained by reverting back to Jinnah’s ideals of inclusivity

Although the Objectives Resolution guaranteed protection of rights of minorities, General Zia-ul-Haq – while incorporating the resolution as the substantive part of the constitution through Article 2(a) in the 8th amendment-evenamplified the discrimination by omitting the word “freely” from its provision about minorities freely practising their faith. The article granted the state the right to allow or prohibit religious practices of minorities. Moreover, the introduction of a separate electorate system on a communal basis in General’s Zia’s era-whenreligious bigotry was mushrooming under state supervision-furtheralienated minorities from mainstream politics. 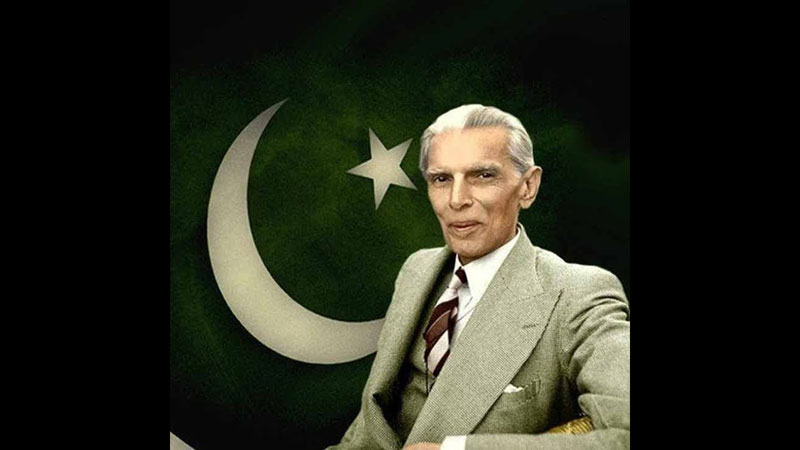 The separate electorate system was abolished during Musharraf’s regime, but the alternative system of proportional representation deepened the gap among the privileged and the underprivileged minorities with the upper-class being elevated by political parties on the basis of favouritism.It added to the sufferings of the disadvantaged classes as they lacked true representation in the political process.

The discrimination stemming from these institutional discrepancies forces the minorities towards political exclusion. Prior to restoration of democracy, it was as hard for minorities to raise voice for their rights as it was for the majority as the basic freedoms were held in abeyance.

Here it is important to acknowledge the recent significant gains made after restoration of democracy, especially under Pakistan People’s Party-led 2008-2013 regime, to lessen sufferings of minorities.That included: insertion of the word freely into the aforementioned minorities-specific provision of the Article 2(a) of the constitution through the 18th amendment, in a bid to undo the ills of a dictator; declaration of August 11 as the Minorities Day;a separate job quota for minorities; increase in the number of parliamentary seats for minorities; pro-minorities legislations; nominating non-Muslim candidates on general seats and bagging victory from Muslim majority constituencies in 2018 elections. But the bigotry is so well-backed by the institutional settings that a lot more needs to be done.

Pakistan currently has its third consecutive democratic government in place, with three mainstream political parties having obtained the chance to rule respectively. But, on the federal level, apart from a handful of symbolic gestures such as observing festivities of minorities and promoting the favourite few on reserved seats to fulfil electoral requirements, not much has been done for the minorities.

The PML-N), the prime mover of the Sharia bill in 1990s, that draws majority of its electoral mandate from Punjab, consciously failed to address the growing extremism in the province. It even shied away from strengthening minorities on the federal level in its recent tenure despite the overwhelming simple majority in the lower house. In fact, in a low-down attempt, the party remerged the separate ministry for minorities-createdby its predecessor PPP, and was once run by the slain PPP leader of minorities Shahbaz Bhatti-withthe ministry of religious affairs.

Whereas it would be quite early to judge PTI’s performance as it is not even halfway through its tenure, it cannot be ruled out that a province that was massively struck with terrorism originating from religious intolerance was led by the same PTI that openly advocated for opening of TTP offices. The beginning of its stint as federal government does not seem very progressive either.

Prime Minister Imran Khan, who portrays himself as a progressive, fails to walk the talk when it comes to religious minorities. Reinstatement of Fayyaz-ul-Hassan Chohan after his derogatory remarks targeting and hurting religious sentiments of the Hindu community clearly explainsprime minister’s regard for the population that makes the white stripe of country’s flag. It is such measures that have diminished Pakistan’s narrative of support for Muslim minorities in other states and makes it difficult to fight off the deeply rooted bigoted mindsets within the country.

The 2019 report of the US Commission on International Religious Freedom designates Pakistan as a “country of particular interest” due to its failure to “protect its religious minorities from perpetuated systematic religious freedom violations.” This support to the claim that Pakistan does not enjoy a positive image with respect to the treatment meted out to minorities.

Religious intolerance has intensified to that extent that it labels any support to the suffering minorities as a taboo. The level of instilled bigotry in society was evident in the recent incident of vandalism in Nankana Saheb where a single man was seen exciting a mob and threatening to demolish the Gurdwara Saheb to build a mosque in its place, challenging the writ of the state.

Today, amidst the alarming rise of the right-wing extremism, minorities all around the world are encountering increasing hate crimes. Socio-political exclusion of minorities, emanating from decades-long systematic persecution, calls for addressing the political, legal and normative discrimination, which can only be attained by reverting back to Jinnah’s ideals of inclusivity. Consolidation of democracy in Pakistan may not be possible without commitment to preservation of plurality and provision of equal citizenship rights.

The writer is a political activist and researcher, currently doing MPhil in Social Sciences