Hard times are over: PM

* Imran says government now has to focus on provision of employment opportunities, besides working for industrial growth
* Expresses complete confidence in Punjab Chief Minister Usman Buzdar, says the government will never succumb to any pressure 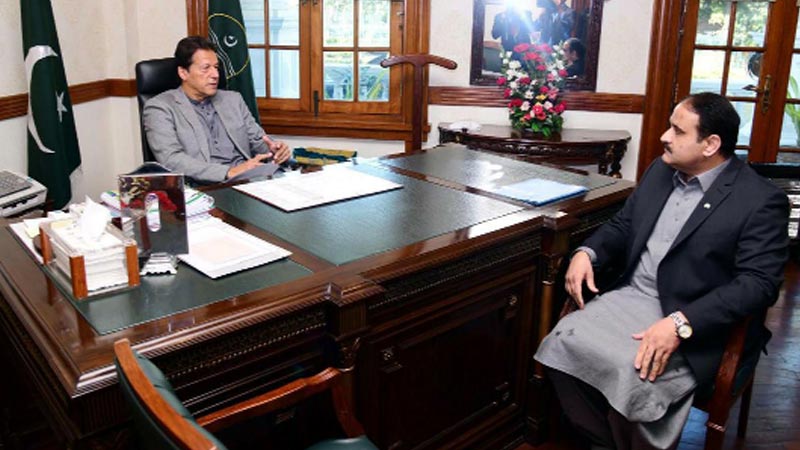 Prime Minister Imran Khan on Sunday said the previous year was a very difficult one as the country was on the verge of default, but now with the grace of the Almighty, they have overcome the hard times with a stabilised economy.

He said now the government had to focus on provision of employment opportunities, besides working for industrial growth, as Allah Almighty had bestowed immense bounties upon Pakistan.

The prime minister was talking to elected members of Pakistan Tehreek-e-Insaf in Punjab Assembly during a meeting. During the meeting, chief whip of PTI Malik Muhammad Aamir Dogar and MNA Aamir Mahmood Kiyan were designated to work for coordination between the members of the National Assembly and the provincial government in Punjab, a press release said.

The prime minister expressed the confidence that the country would advance on the path of development and prosperity with the economic and social changes they were introducing.

The prime minister noted that the nations had to walk through the thick and thin, but should face the situation with fortitude and bravery.

He cited the improvements brought by Malaysian premier Mahathir Mohamad in the lives of his people.

He said 2019 was a year for bringing stabilisation in the economy, while 2020, would be the year for development, as the country was heading on a right track.

He said the previous governments had plundered the country mercilessly and pushed the public into darkness of unemployment and poverty.

The prime minister further said they had introduced the best administrative team in Punjab.

A well-coordinated strategy was on the anvil for bringing about harmony among the administration and elected representatives and for better governance, so that public issues could be resolved on a priority basis, he added.

He further said the masses in Khyber Pakhtunkhwa had expressed their confidence in the successful policies introduced in the health sector, local government system, especially in the functioning system of police force. The main reason, he said, behind the success of this system was the political non-interference.

Citing his recent visit to Davos where he attended the annual World Economic Forum meeting, the prime minister said they had made record savings in the government’s expenditures, especially by cutting down expenditures on the foreign visits. The chief executive officers of a number of renowned companies were expressing their keen desire to invest in Pakistan, which also spoke volume about the successful visit to Davos, he added.

Citing successes on the foreign policy, he said in the last one year, Pakistan had emerged on the world scene as a significant and conspicuous country.

“Today, the world is criticising India. Pakistan’s friendly ties with all the important countries have been restored because they trusted the incumbent leadership in Pakistan due to its transparency and honesty,” he added. He also expressed his complete confidence in Punjab Chief Minister Sardar Usman Buzdar. He resolved that the government would never succumb to any pressure rather would face challenges despite all negative propaganda being created by a mafia. “I want to clarify that we will never succumb to the pressure. We have always faced the challenges and will continue doing so,” he said.

He told the parliamentarians that a mafia, that had been detracting the people since decades to fulfil their nefarious designs, was now creating a negative impression of the government.

They intentionally try to create a chaotic situation just to undermine the positive changes being brought about by the government.

He said the purpose of the meeting was to discuss the problems being faced by the people of their respective constituencies, difficulties in execution of development projects and their early resolution.

The prime minister said no part of the country would be discriminated against regarding the development work.

He advised the parliamentarians to keep in contact with the people in their constituencies and always strive to resolve their issues.

The members of the National Assembly also apprised the prime minister of the social and development issues confronting the people in their areas. The prime minister directed the provincial government to devise a mechanism for effective coordination between the administration and the parliamentarians.