“I am a poor, innocent man... because of joblessness I am endeavoring suicide.” Mir Hassan’s concluding words

KARACHI:  A father of three children commits suicide on Thursday because of an extreme absence of cash and turned the most recent victim of the high joblessness wave.

The 32 years old Mir Hassan, an unemployed for the last three months botched to collect money, so he could buy some warm clothes for his children which they were requesting for three weeks.

Although overpowering hikes in the price and lack of job put Mir Hassan in dejection that he took his life — despite everything, he dies with this belief that Prime Minister Imran Khan would personally stand to help his family. 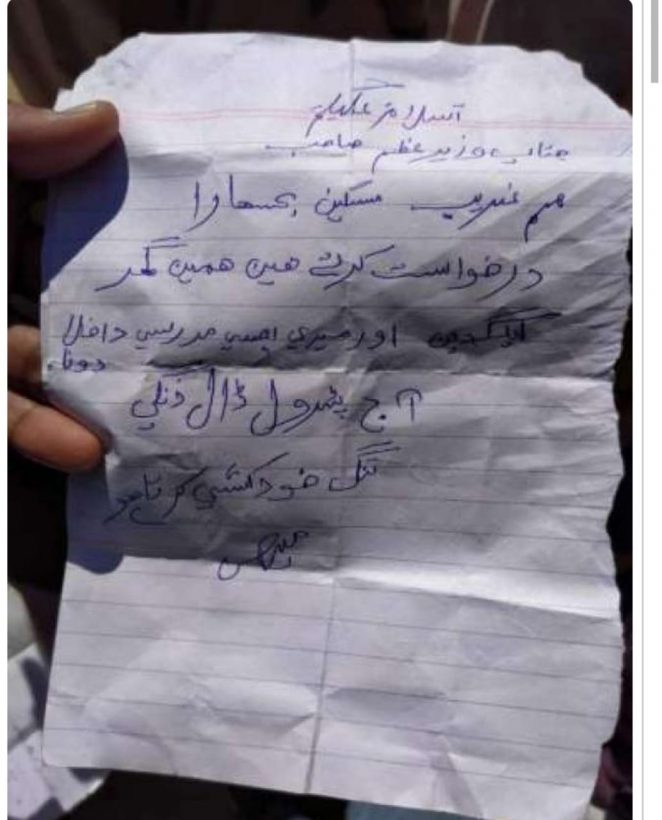 “I am a poor, innocent man… because of joblessness I am endeavoring suicide.” Mir Hassan’s concluding words.

That, Mir Hassan had left a suicidal note written to the Prime Minister Imran Khan, — where he pleaded the PM Imran Khan to mercifully give any job to his family members and a home where his family can live — after his passing.

He took his life by putting petroleum on himself, though, the closer individuals rushed him to a nearby hospital, all went vain, as per the specialists, his body was severely burnt.

He was a resident of Ibrahim Haidari Colony, Korangi.

As this year Karachi’s locals saw freezing weather, which is rare, but a thing to contemplate is in such harsh weather what would other Mir Hassan do. A thing to ponder.