Concerning foreign policy, the competence of Pakistan is not worthy of much consideration. For decades, the successive governments seemed uneasy while dealing with this area. The pertinent rationale behind this fiasco is that the foreign policy of Pakistan, since its inception, is the subject of manipulation by the global and regional powers. Apart from that, the unbalanced approach of its foreign policy formulators has brought Pakistan on the verge of isolation. Most of the time, the US (global power) dictated Pakistan to serve its purposes and then relinquished the latter. The incumbent prime minister of Pakistan, Imran Khan, remained perpetual critical of the previous governments for taking dictation from other countries, especially regarding the foreign policy. However, when his government assumed the power, there was a perception that the practice of foreign policy would lead towards a better path. 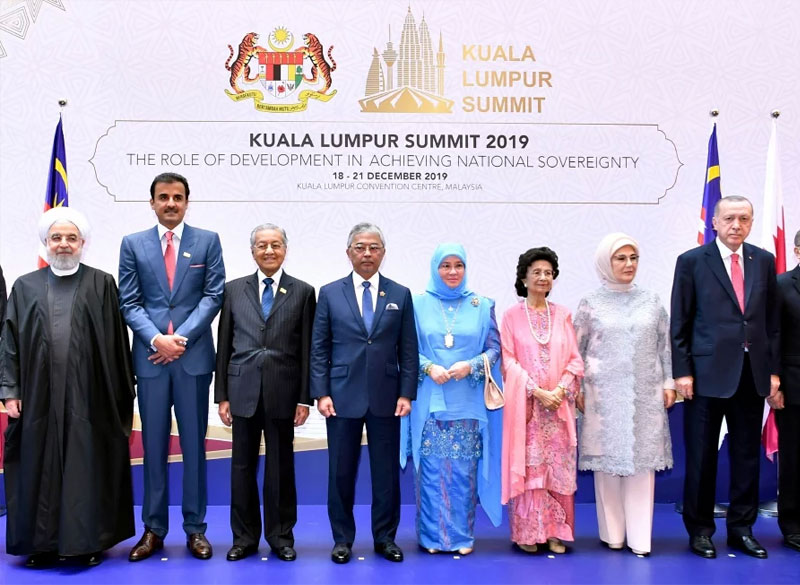 However, Pakistani authorities withdrew from the Kaulalumpaur (KL) Summit at the Kingdom of Saudi Arabia’s behest. Reportedly, the KSA was not happy with Malaysia’s attempt to develop a platform that could potentially confront the Organisation of Islamic Cooperation (OIC), which is led by the KSA. The KSA and the UAE were of the view that the summit would jeopardise the Muslim Ummah union. To worsen things further, Malaysia didn’t extend the invitation to the KSA and its Gulf allies (especially the UAE). Pakistan, Iran, Turkey, and Qatar were the primary callers of the summit. At the sideline meetings of the United Nations General Assembly (UNGA), PM Imran Khan assured his Malaysian counterpart that he would attend the summit. But, at the eleventh hour, Imran Khan backed out from its words. For Pakistan, this summit was of great importance to highlight the Kashmir issue. However, the nonexistence of Pakistan in the summit can bring multiple implications for the region as well as Pakistan.

Pakistan disobliged those countries (Turkey, Malaysia, and Iran), which reprimanded the Indian move of abrogating Article 370. This no-obligation may affect the thaw in the relations of Pakistan with Malaysia, Turkey, and Qatar. Moreover, Pakistan lost an imperial platform to highlight the Indian atrocities on Kashmiris.

Following the Iranian revolution, it is the test case for Pakistan to remain neutral in the Saudi-Iran stalemate. Since siding with one country would offend another country, consequently, Pakistan would end up making one side its foe. Most of the time, Pakistan remained triumphant while dealing with Saudi-Iran disequilibrium. One glaring instance is that when Pakistan refused to favour the KSA in the Yemen war and decided to adopt the impartial side. But this time, by not participating in the summit, Pakistan has heralded open favour of the KSA, which will hurt Iran. As a result, this would affect Pak-Iran ties. Furthermore, this step can move Iran closer to India, isolating Pakistan from this front and exposing its western border to the insurgency.

In October 2019, Imran Khan left for Tehran and expressed his desire to facilitate talks in Saudi-Iran friction. Following his statement, there was optimism among the masses that Pakistan may facilitate a rapprochement between Iran and the KSA. However, withdrawal from the summit has vanished this likelihood.

Following the Iranian revolution, it is the test case for Pakistan to remain neutral in the Saudi-Iran stalemate

At times, Pakistan is undergoing its worst economic phase. To subvert this crisis, it is requisite that Pakistan should enjoy economic cooperation with the Islamic countries. Transactional links of Pakistan with Turkey, Iran, Malaysia, and other Islamic countries are the potential ticket for Pakistan to fight its withering days. Yet, this strategic blunder is likely to harm Pakistan’s affinities with the participant countries in the KL Summit.

Pakistan shares glowing links with the KSA that comprise religious, cultural, and strategic affinities. Crystallized terms between both states (the KSA and Pakistan) are in favour of each other. However, the dependence of Pakistan on a single Islamic country (the KSA) to help the former avert its economic crisis is an insane approach.

At times, Pakistan is the subject of isolation on the Kashmir Issue. A few countries stood by Pakistan at this critical juncture (after the removal of the special status of Kashmir). If Pakistan had not pulled out of this summit, it would earn more strength from the trio of Turkey, Malaysia, and Iran to counter the Indian moves on the Kashmir.

Furthermore, the Organization of Islamic Cooperation (OIC) has underperformed on the Kashmir issue. Along with this, in March 2019, the then foreign minister of India Sushma Swaraj attended the inaugural session of the OIC meeting in Abu Dhabi as a guest of honour. The invitation to India was extended by the UAE (one of the potent member countries at OIC). The predominant countries of the OIC, the UAE and the KSA share friendly relations with India without regarding the Pak-India stalemate. In this scenario, by following the footsteps of the UAE and the KSA, Pakistan should have observed the balance while dealing with the matter of the KL Summit.

In a nutshell, Pakistan made a diplomatic blunder by withdrawing from the KL Summit. Such moves hint that Pakistan’s foreign policy is still under the manipulation of the regional powers as a part of their interests. If Pakistan aspires to counter diplomatic isolation, it will amend and rectify its foreign policy courses without any external influence.