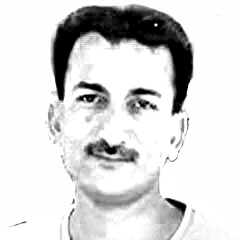 “Our world is one of the terrible contradictions. Plenty of food, but one billion people go hungry. Lavish lifestyles for a few, but poverty for too many others. Huge advances in medicine while mothers die every day in childbirth, and children die every day from drinking dirty water. Billions spent on weapons to kill people instead of keeping them safe.” — Ban Ki-moon

Pakistan is a third world conutry where millions of people, everyday, go to bed without having a meal. We are a nuclear power; we have a very rich land; there is an abundance of water; climate and weather are agriculture-friendly; and the industrial sector is on the boom. Despite that we hear about incidences where a mother sells her children because of hunger, and of children perishing because of nutrient insufficiency.

According to the Global Food Security Index 2016, out of 113 countries, Pakistan ranks at 78th with a score of 47.8. The ministry of finance of Pakistan explains that Pakistan is an agrarian economy, and agriculture is the second largest sector, accounting for over 21 percent of GDP, and remains by far the largest employer, taking up 45 percent of the country’s total labour force. About 62 percent of the country’s population resides in rural areas, and is directly or indirectly associated with agriculture. In spite of being productive in the farming sector, there is a food insecurity. There are children dying in the laps of their mothers because of starvation.

The World Food Programme states that 43 percent of the country’s population remains food insecure, and out of that, 18 percent of people are facing an alarming dearth of food. It further explains that six people out of ten in Pakistan are food insecure. The food insecurity is the major reason of increasing hunger in Pakistan, whereas food production is sufficient to feed all the population in the state.

In 2015, world leaders agreed to end global poverty by 2030; it is also one of the Sustainable Development Goals. It can only be hoped that extreme poverty in all forms would be eradicated all over the world, and no one would die because of hunger.

Poverty is one of the primary drivers of hunger in Pakistan. As the World Bank indicators in 2015 showed, 50 percent of people in Pakistan live below the poverty line. Only by wiping out poverty, the issue of hunger can be tackled. But we also need to understand what Amartya Sen said: “Poverty can be exacerbated by problems in the production side partly because of food supply falling behind food demand tends to raise food prices, which can make many families much poorer, given their incomes.”

In the last two decades, Pakistan has experienced many natural disasters such as heavy torrential rains, floods and long periods of drought causing hunger in the country. At government level, there are policy gaps in coping with hunger-like situations. There are no mechanisms of government that the increasing population of Pakistan could have ways to feed themselves. Institutional corruption is another factor that increases hunger and poverty. Government is spending less in the agriculture sector; fertile lands need to be taken care of by investing more and producing more to reduce hunger.

Wastage of food is also one of the major reasons of hunger in our country. According to an estimation, almost 40 percent of food is wasted in Pakistan. On one side, people are dying due to hunger, and on the other, there is an abundance of food that goes to waste.

The writer is a freelance columnist, and can be reached at murtazatalpur@hotmail.com