Biogas energy generation systems are low-cost and require low initial investment. Biogas can be substituted for 70 percent of the energy source for rural populations of Pakistan 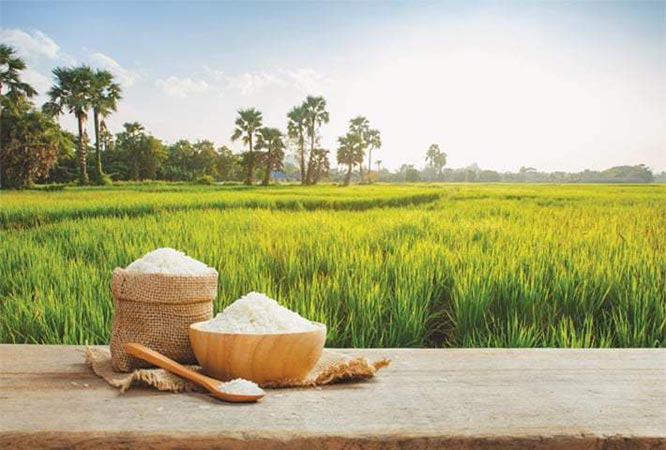 Rice, as a staple food, influences economy, livelihood and food security for more than half of the world’s population. Production, distribution and storage of rice crop as the biggest contributor to the agriculture sector in Pakistan is likely to be affected by adverse impacts of climate change according to the IPCC fourth Assessment Report.

As rice is the largest contributor to the agriculture sector, so is burning of rice residues that later on affect air pollution in the region, particularly during winters, resulting in dense smog over upper Punjab. It is a phenomenon well known, discussed and addressed in the last few years. Since 70 percent of Pakistan’ economy relies on agriculture as primary income, climate change has been and will continue to be a critical factor affecting food security and productivity in the region.

Open residual burning after crop harvesting, also known as ‘stubble burning’ is a common practice throughout the world, particularly in South Asia, in Bangladesh, India and Pakistan. Each year after crop harvesting, farmers’ burn the stubble from October to November; this results in deteriorated air quality because of temperature inversion over Punjab for the period of three weeks. This winter smog resulting from stubble burning covers whole of Indo-Gangetic plain.

Exposures over a short period could lead to respiratory diseases, such as asthma, while exposure over a long period to elevated concentration of NOx contributes to increased susceptibility to respiratory infections. NOx and VOCs, two main elements of photochemical smog, are harmful to not just the respiratory system but could also lead to irritability of eyes, nose and throat.

The ecosystem is also highly prone to the negative effects of NOx. Interaction of NOx with moisture and oxygen in atmosphere could lead to the formation of acid rain, which deteriorates forests, lakes and infrastructure of buildings

According to the Economic Survey of Pakistan 2018-2019, rice contributes to only three percent of agriculture sector and 0.6 percent of GDP, but it comes second to wheat for utilising only 30 percent less land (2901000 ha) and 47 percent more land as compared to other sugar crops such as sugarcane (year: 2017-2018). According to one newspaper, the Punjab government has imposed section 144 to introduce a ban on stubble burning from October 1 to December 31, 2019, in order to reduce and mitigate effects of smog. This ban has taken place particularly because of the controversial open burning of crops, especially rice straw that has become a visible source of air pollution in recent years. Rice cultivators/producers argue that alternative waste disposal methods for rice residuals are unreliable, expensive and wearisome for labour as well as equipment during the busy harvest season. State and provincial policymakers are encouraged to find a cost-effective and an efficient solution to the stated problem.

Rice cultivators argue that alternative waste disposal methods for rice residuals are unreliable, expensive and wearisome for labour as well as equipment during the busy harvest season

According to published literature, there is very limited discussion on the management of agriculture waste even though agriculture contributes a major role in the economic growth of developing countries. One of the arguments relates to the fact that agriculture residues or stubble are not regulated as part of ‘municipal solid waste’ (MSW). The data collected, recorded and analysed for MSW is categorised as ‘administrative’ and comes under public domain, while agriculture waste is predominately collected by small-scale private landowners.

Countries around the globe opt to make use of crop residues in either processed or unprocessed form, depending on the requirement and usefulness of the final product, for example, biofuel. Other possible alternatives include its use as composting and use of fodder for animal feed.

According to the Hydrocarbon Development Institute of Pakistan, as of 2018, renewable energy constituted only 2.9 percent of total energy share, and there are only two biogas projects of 58 MW capacity completed. The latest draft version of the Renewable Energy Policy 2019 establishes that the government of Pakistan intends to have 20 percent of its generation capacity by alternative renewable energy (ARE) technologies by 2025 and increase it to 30 percent by 2030.

ARE technologies, such as biogas energy generation systems, are low-cost and require low initial investment. Biogas or biofuel can be substituted for 70 percent of the energy source for rural populations of Pakistan. In this case, government of Pakistan could focus on converting rice residues to biogas in areas like Sialkot, Wazirabad, Gujranwala, Sheikhupura, district Gujrat, Sargodha, Faisalabad and Kasur in Punjab. Jacobabad, Larkana, Badin, Thatta, Shikarpur and Dadu district in Sindh are popular for rice cultivation, and could be focused on for such initiatives by the provincial as well as the federal government.

Limitations of the system include high capital cost(s) and skilled operators. Along with that, a controllable system is required for maintaining changes in energy supply. Daily manure supply and certain farm size are few of the things required for maximum yield of biogas.

It is commended that the labour force in rural areas should be skillfully trained by officials to run biogas/bioenergy plants according to season and temperature. The above-stated technology is highly optimised to convert organic waste from livestock, agriculture, industries and municipalities into manure and energy. Policy options for government of Pakistan for photochemical smog mitigation includes awareness campaigns for farmers for harmful effects of stubble burning, banning of diesel generators and fireworks, consideration of bilateral talks with neighbouring countries, and increasing research initiatives in academia and industry.

With considerable efforts in upcoming years and suitable policy initiatives, rice residuals could be liberation for Pakistan’s energy industry, and could act as a way forward for cost-effective technologies in the near future.

The writer is an environmentalist, and works in United Nations Development Programme