No deal or NRO to anyone: Justice Javed Iqbal 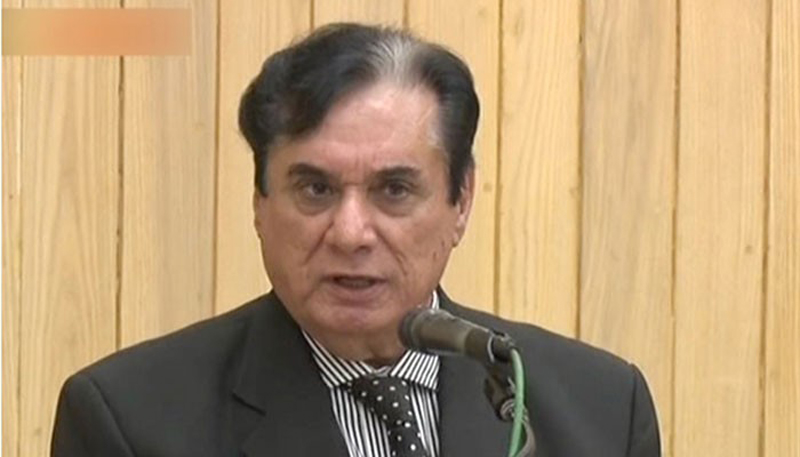 ISLAMABAD: Chairman NAB Justice (r) Javed Iqbal says that nobody should expect that the NAB would spare the unaccountable just for being in power.

While addressing a ceremony in Islamabad, Javed Iqbal said that NAB does not belong to any political group.

Chairman NAB stated that “The country will see a wind of change as the institution had previously focused only on corruption cases filed in the past.”

The NAB is with Pakistan and the people of Pakistan, we are criticized that the tilt of the NAB is one-sided, but now the winds are changing and people will see the change.

Chairman NAB said all NAB officers were doing well, first focusing on cases that have long been pending., however, no major scandal has surfaced since 2017.

Justice (retd) Iqbal also called for increasing the strength of accountability judges to ensure speedy trial of the references.

“The number of judges should increase to 50 from 25. Corruption cases are everywhere but in one province, NAB is not being allowed to work properly,” he added.

“Some people even treat their influenza virus in London and US, are other people not humans?” he asked. Moreover, he emphasised on increasing the number of judges in the country.

“People say that NAB hasn’t done anything in the Peshawar BRT case but it is because the Supreme Court had barred it,” he said. He added that this is why NAB was not taking any action in the case and is trying to get the restriction removed.