You have probably heard it somewhere or read it in a self-help book, “We are the authors of our lives.” If you were a literalist, you probably thought it meant having control and check over one’s life. However, if you were a Kantian like me, you thought, “We are the authors of our lives as well as others.” This is because our choices have an impact on us as well as others.

Take a very simple example from daily life. If you litter on the road by throwing cigarette butts or soft drink cans, itsurely has an impact on the environment. It makes the place dirty, and adds to the responsibility of the local waste management authority. But you thinkit wouldn’t matter if you littered a bit; after all, it is the job of the waste management authority to keep the area clean.Of course, it is. But it is also your moral duty not to be reckless. You would say, as the author of your life,that you are free to be a reckless or a responsible citizen, and your decision to be reckless in managing your waste and putting the added responsibility on others to manage the toll of your bad habit is not onerous.

After all, what major damage would there be if you refuse to take charge for your littering habit and expect others to make up for your recklessness by recruiting more staff to deal with the ever-booming waste?Well, the problem is your double standard. You are fair to yourself but not to others.That is because you are expecting others to put up with your recklessness but are not willing to take up the burden of their recklessness.

It is precisely this double standard that Immanuel Kant guards us against in his Groundwork of the Metaphysic of Morals. In his book, Kant distinguishes human beings from other creatures on the basis of their ability to distinguish between right and wrong. He considers this gift beyond a price, and that gives itan inner value; it makes ita thing of priceless dignity that cannot be sold or purchased. Thus when human beings make rules for behaviour they should take into consideration the impact those rules would have on others. They should put themselves into the shoes of others to see if they would like to be treated as they treat others. If they cannot treat themselves as they treat others then they should work on themselves, and devise new rules of behaviour,such as not littering on the road as illustrated earlier.

This Kantian categorical imperative could be set in the Hollywood movie, Gladiator. That is just to bring the idea home. If you have ever watched the movie you would certainly remember Maximus, Marcus Aurelius and Commodus. Maximus was the general of the Roman Empire, known for his remarkable courage and fighting rigour. Commodus was the arrogant and unstable son of Marcus Aurelius, the Roman Emperor. The emperor, awareof the unfitness of his son to rule, tells Maximums to succeed after him. When Commodus finds out, he kills his father, announces himself as the new emperor, and asks Maximus for his loyalty. When he refuses, Commodus has him arrested, and orders that he and his family be killed.

Let us stop here to ask if we see any pathology. Well, we see Commodus’s double standards here. We see him feel his father’s injustice choosing Maximus over him. We see him do justice to himself by killing his father. But in so doing, we seehim fail to do justice to his father. He liked justice for himself but not for others. This made him like that person who complained when his house was littered by others but did not care a bit littering the environment. It is this sense of injustice that Kant warns us against through categorical imperative. This is the inherent conception of dignity that requires us to do justice to others and ourselves by devising rules of behaviour that would be fair to us as well as others.

Let us now set the categorical imperative in another situation. Let us imagine there is a company called X that issues fitness certificates to vehicles that emits dangerous amounts of hazardous gas. Let us further assume that the Supreme Court of Pakistan finds out about thatthrough a source, takes suo motu action against it and orders it to be shut down. Following the decision, the owners of X protest against the court arguing that their right to freedom of business had been curtailed. If we stop here, we have a point to ponder over: could X ask for equity if its own hands had been dirty? Could it ask the court for protection of its business venture when it had been causing damage to the environment through issuing of fitness certificates to environmentally unfit vehicles? Kant’s answer to this situation is that when we ask for justice we should be just ourselves. Since X had a dirty conscience it lost the moral ground to ask for restoration of its business. Justice requires that the unjust be un-assisted so that he/she has the opportunity to clean their moral dirt.

It is therefore our moral duty to be just, even if so doing means changing one’s old habits or handing over governance to an eligible person than one’s son or closing a company down if it causes damage to environment. Until we realise our lives are not just about our benefits but about the benefits of others too we cannot have a society where citizens are the authors of their lives as well as others. 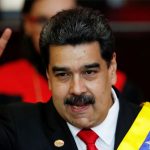 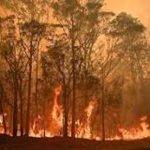 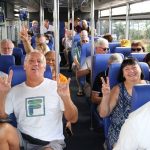