The story of the owners of Nedous Lahore

My maternal grandmother Akbar Jehan’s father’s family, the ‘Nedous’, had emigrated from Dubrovnik, Croatian city on the Dalmatian coast of the Adriatic Sea, to Lahore in the 1800s. Croatia is currently an independent country. From 1815 to 1918, it was part of the Austrian Empire, and from 1918 to 1991, it was part of Yugoslavia. I found the naturalisation certificate of Michael Adam Nedou, Akbar Jehan’s paternal grandfather, in the depleted family archive. According to the certificate, signed by CU Aitchinson, Lieutenant Governor of the Punjab and its dependencies, on February 28, 1887, he conferred upon hotelier, Michael Adam Nedou, the rights and privileges of naturalisation. In the ‘memorial’ presented to CU Aitchinson, Michael Adam Nedou explained that he was born in Ragusa, Austria (Ragusa is the Italian and Latin name for Dubrovnik on the Dalmatian Coast); he was of Slovak nationality, and had been in British India for the past 25 years.

The lithe, imaginative, and vivacious young woman who later became his wife, Jessie Maria, made his acquaintance while visiting her brother, George, who was a Sea Captain in the British Royal Navy. That acquaintance, rather enchantingly, metamorphosed into love, and the wedding was solemnised soon after their first meeting. Their older son, Michael Henry (Harry) Nedou, Akbar Jehan’s father, according to his birth and baptism certificate, was born in Pune, British India, in 1877. Michael Henry [Harry] Nedou was one of nine children. He was born to Jessie and Michael Adam Nedou after six daughters, an event that was celebrated with much gusto. The birth of the second son, William Arthur Nedou, in 1879, was soon followed by that of the third son and youngest child, Walter Douglas Nedou.

The then grandiose Nedous hotel in Srinagar, which was opened in 1900, boasted a confectionery that, for a long time, had no parallel. The thought of the delectable jams and jellies that we got from the Nedous’ bakery in my childhood makes me drool. Until the decade of the eighties, the Nedous hotel in Srinagar epitomised a rare and appealing excellence, and a flawless execution, which, over the years, deteriorated. It is now, sadly, in a dilapidated state.

In Akbar Jehan’s father’s lifetime, the Nedous’ hotels in Lahore, Gulmarg, and Srinagar retained their reputations as classy, plush, and magnificent havens in colonial India. Akbar Jehan’s father, the stoic looking, stocky, and thick-set, though not short, Michael Henry (Harry) Nedou took over the management of the restful hotel in Gulmarg, exquisitely and intimately described by MM Kaye in her whodunit novel, ‘Death in Kashmir’, from his father. Several people have testified to his proverbial philanthropy, beneficence, and kindness. Mother tells me that his advocacy of the nationalist movement in Kashmir, the stirrings of which began in the 1930s, encouraged Akbar Jehan to relinquish a life of affluence and repose to marry the rebel from Soura, Sheikh Mohammad Abdullah. Michael Henry (Harry) Nedou “spent his time helping the poor, built houses for them, and saved people wrongly convicted from jail and twice from the gallows”

Although a charming hotelier, his altruism and charitableness had given him a larger purpose in life, which earned him the admiration of not just the ‘highest names in the land (Lahore), but also those whose sufferings he had soothed and who remembered his kindness and charity’ (Ibid).

Akbar Jehan’s mother, Mir Jan, respectfully called Rani Jee by family, friends, and acquaintances was an indomitable Gujjar woman, who has an imperturbable expression in all the pictures I have seen of her. The impression that I get from her pictures is that she must have been a phlegmatic woman, secure in the knowledge that she was propertied and wealthy, not requiring anyone’s good offices to lead a comfortable life. She and her siblings were the proud owners of sprawling acres of magnificent land in Gulmarg, a resort which found a prominent place on the international map in that late 1800s and early 1900s through the endeavors of Michael Adam and Jessie Maria Nedou.

Sheikh Mohammad Abdullah writes of Rani jee in his autobiography that she was a virtuous, religion, and ‘good-natured lady.’ He credits her with having infused the value of religious teachings and traditions in Akbar Jehan (Fire of the Chinar 138).

Akbar Jehan’s spiritual mentor was a well-educated divine, Mohi-ud-Din, who had given precedence to a life of asceticism over a worldly one. A very erudite person, Maulvi Mohi-ud-Din had a masters in Arabic, English, and Philosophy from Punjab university, Lahore. While he was a student in Lahore, he was drawn to the tenets of the Naqshbandi Sufi order and, in following the precepts of that order, swore allegiance to Maulana Shah Saheb of Lahore. Originally from Amritsar, Maulvi Mohi-ud-Din had chosen to pursue a life of austerity in Nihalpur village, Pattan, which is in North Kashmir. Pattan abounds in orchards and, till date, boasts several monuments of historical significance.

Looking upon them with Sheikh Ahmed Hussain (Michael Harry Nedou) and Rani Jee, the Maulvi beseeched to invoke God’s mercy through prayers and gratitude, because they would be blessed with bonny boys and a cherubic girl who would embody high ideals and piety. He told them to name the girl “Akbar Jehan.” That girl, Maulvi Mohi-ud-Din prophesied, would be his spiritual child (Conversation with Parvez Ahmed Khan, Nephew of Maulvi Mohi-ud-Din, dated 3 March 2013).

In fulfillment of the prediction, the only daughter of Rani Jee and Michael Henry Nedou (Harry) aka Sheikh Ahmed Hussain, Akbar Jehan, could not just recite the Quran with devotion and piety, but could also expound on the exegetical thoughts that the Hadith (Prophet’s Mohammad’s sayings and religious practices), Sharia (moral code and religious law of Islam), and Fiqh (Islamic jurisprudence) generated. I remember that whenever she encountered an ostensibly unyielding encumbrance, she would pay obeisance at her mentor’s tomb in Pattan and, viscerally, submit to God’s will. Every time I am wracked by doubt, I sincerely wish I could imbibe her faith, which some might think proceeded more from instinct than intellect. 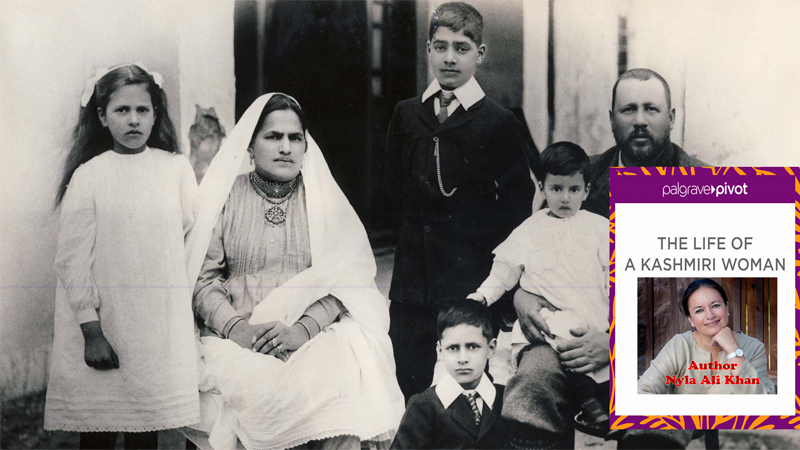 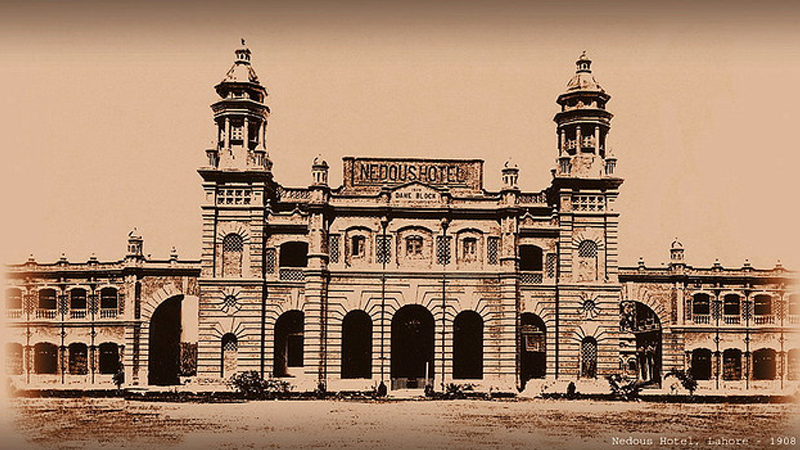