Consciousness is a fresh and stimulating energy by which humans are considered superior to animals. It is a kind of light that helps mankind to attain ultimate success. There is no alternative of consciousness; it is a kind of a treasure, a reality that completes humanity. Every human is born with different consciousness, and if there are 7.7 billion people across the world, not a single man is the carbon copy of another. Resemblance between two individuals may be possible with respect to their physical structure, but from a metaphysical point of view, no two men are identical. Therefore, a comparison between two people on the basis of their consciousness is a ridiculous approach. That is why the philosophy of a role model is futile and unnecessary as every human being is a model in his own nature. 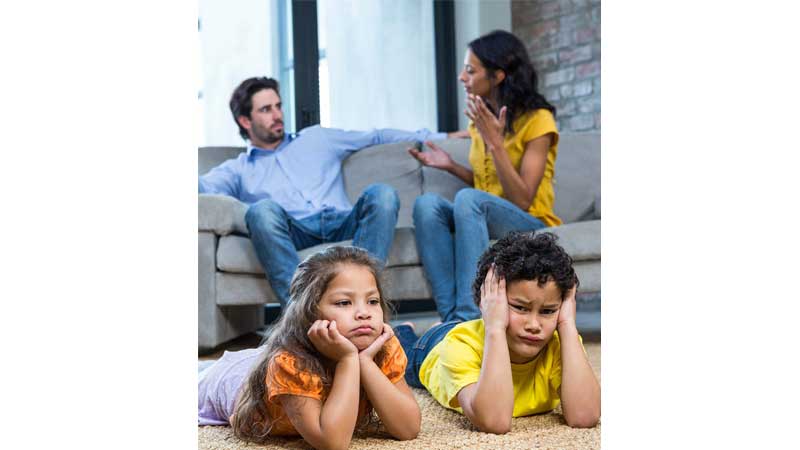 No two persons can be compared at any stage in their life if that this comparison is made in the field of education and intellect. Collectively, we have gotten into the habit of asserting pressure on the minds of our children in the shape of imposing our desires that, at times, produce dire consequences. We don’t have any idea of the loss we are facing by virtue of this practice.

At the initial stage of schooling, parents inculcate their ambitions into the minds of children, to acquire first position or to be like the child of their friend. This unnecessarily asserted pressure produces negative effects on the minds of our children. Every child has instinctive qualities by birth, and nature teaches him to utilise them, but parents, society and academic environment turn a blind eye to these abilities, and let them go to waste in ignorance. Not everybody can become a doctor or an engineer. If the child of your friend is a successful doctor, it doesn’t mean that your child is also like him. This sort of pressure with respect to education is leading us to a bad state, but we are unable to understand the real causes of decline in children’s academic performances.

We connect a child’s failure to many reasons but are ignorant to the main cause. Acquiring first position in university or securing more marks than others is not the only achievement and real success. We forget that many successful people in world were against regular education. Bill Gates, a dropout of the Harvard University, says that he was never remembered as a topper in his alma mater, but he has lots of top students working under his leadership. The basis of intelligence and success is the ability and not formal education. What education does, it polishes the inbuilt potential in humans and enhances their hidden talents, and therefore, education is compulsory and grooming is mandatory for moral growth.

Collectively, we have gotten into the habit of asserting pressure on the minds of our children in the shape of imposing our desires

In today’s world, we have to free our children of two main mental evils. The first one is to abandon education that is opposite to the aptitude of our children, and the second one is to remove the comparison-based culture and attitudes. Comparatively based attitude can only be developed if two children have an identical level of consciousness, which is impossible. That is why a comparative attitude evokes pessimism among children. Resultantly, a child starts to follow the paradigm of readymade education in our society in lieu of understanding the ‘phenomenon of world’ by utilising his instinctive qualities. This corrodes his aptitude and inbuilt abilities.

If we leave our children to their inbuilt abilities, they will surely find a way and choose the best profession in which they can prove themselves. In our society, the cause of many psychological ailments is the use of dissimulation and simulation: we hide what we actually are, and sometimes, we act how we are not. It starts in childhood; we are taught to act in a dual capacity, and we have this attitude until our death. A person having a great aptitude for singing becomes an engineer for fulfilling his parents’ desire. He is coerced to study engineering, which is entirely opposite to his aptitude and natural tendency.

With this practice, some children are affected by the very dangerous ailment of split personality. It is a psychological illness that makes a person act in dual personalities. This disease also develops a sense of guilt among children, mainly due to comparative treatment; sometimes, it leads them to the edge. They commit suicide when they fail to achieve a good position in a college examination.

All this happens due to stress imposed by parents in childhood. In every aspect of life, the comparison-based attitude develops a negative thinking in the minds of humans. It also compels humans to grow and get ahead at every cost, without caring whether the means are fair or unfair. The comparative attitude in human beings is awful; it not only develops a negative approach on an individual level but its also coerces a person to affect his society in an adverse manner. In this way, he creates many social evils, and a bad society is developed where hate and selfishness prevail. His society is plagued by sordid impulses, widespread apathy and pervasive soullessness.

We should eradicate comparatively based attitude, especially in the field of education, so that we could provide our children a stress-free atmosphere where they choose whatever field they like. We should handover our children to their inbuilt abilities and aptitudes. Then they would flourish, and will not only be good humans but also good professionals. The person who possesses one personality, externally and internally, would be a strong man.