Corporate Giving as a tool for Social Development

Pakistan being a developing nation face numerous socioeconomic challenges. Development indicators are consistently ranked low even when compared to other developing or emerging countries, and that is due to several reasons, including a narrow tax base, bad governance, rupee devaluation, fiscal deficit and debt, along with many other factors resulting in deprivation of basic needs. Around 30 percent of the population is living in absolute poverty, while multidimensional poverty is 39 percent. The proportion of employed population living below $1.90 purchasing power parity/day is four percent. The Human Development Indicator places Pakistan at 150th ranking out of 189 countries, while India and Bangladesh rank 130th and 136th respectively. 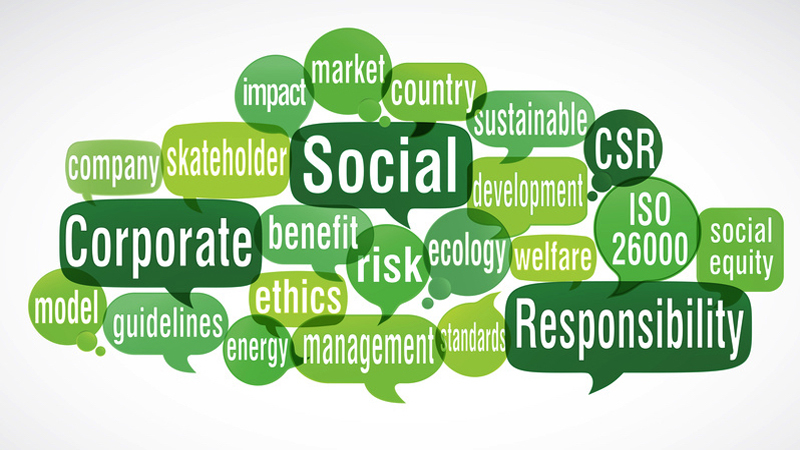 Government spending on education as a percentage of GDP is just around 2.4 percent; in neighbouring countries, India and Sri Lanka, it stands at around 4.6 and 3.6 percent respectively. Pakistan is still unable to eradicate polio, measles and many other curable diseases; the spending on health has been less than one percent of GDP since decades. 52 million people are living without electricity. Employment growth is also a challenge for any developing, labour-abundant economy. Pakistan ranks 136th out of 190 countries’ ranking on the ease of doing business index; a lower ranking means stringent business facilitation.

Government fails to provide basic necessities to its citizens, and is unable to deal with many of the prevailing socioeconomic challenges on its own, thus requiring other sectors, including civil society and private sector, to be part of its development programme. Civil society plays a pivotal role in developing and shaping communities by mobilising resources from different sources. To a certain extent, government engages civil society organisations in the development arena. The Sindh government is proactively working on the public-private partnerships models, engaging civil society sector in the development arena.

The business sector, despite getting little support from government, is engaged in social development proactively. These involvements are in the form of corporate philanthropy due to two main reasons. Firstly, it is to reduce companies’ harmful impact on environment, as environment and climate change are the much-debated current topics. Companies having a larger environmental impact have a larger charitable giving. The oil and gas sector has the highest average giving, as reported by the Pakistan Centre for Philanthropy (PCP) in 2017, which is Rs 562 million. It is followed by the fertilizer sector with Rs 216 million.

The Pakistan Petroleum Limited (PPL)and Oil & Gas Development Company (OGDCL)have contributed Rs 1,171 million and 800 million respectively towards philanthropy in 2017, and remain in the category of the top-giving public listed companies as per the absolute volume of donation. Since the beginning of the PCP Corporate Philanthropy Survey (CPS), the PPL and OGDCL remain in top-giving categories and have contributed billions in total.

The second main reason for companies to be part of the CSR is to follow international standards of financial reporting such as the Global Reporting Initiatives (GRI), UN Global Compact and AA 1000 series, through which companies are categorised and awarded by different globally recognised CSR awards.

Since 2000, the PCP has actively reported the corporate philanthropy of publicly listed companies (PLCs). Although the PLCs constitute less than one percent of the overall composition of the corporate sector but they have contributed a significant amount annually in the form of philanthropy, which increased 33 times, from Rs 228 million in the year 2000 to Rs 7,657 million in 2017. The total giving is 0.7 percent of companies’ profit before taxation (PBT).Internationally, the minimum benchmark for corporate giving is one percent of companies’ PBT, which if applied in Pakistan will increase the annual giving amount from Rs 7.6 billion to Rs 11.3 billion.

Many developed and developing countries find difficulties in enforcing the one percent CSR contribution annually; the former follows the Friedman profit maximisation concept, while the latter has economic uncertainties. By far, India is the only country that legislated the corporate sector contributions. According to Clause 135 of the Companies Bill, 2013 (effective from April 1, 2014), it is mandatory that all companies in India with revenue greater than $200 million, or profits of $1 million, or net worth of $100 million must spend two percent of the average of the last three years’ profits towards CSR activity. Such companies are not only required to constitute the CSR committee within the board of directors but also ensure that the budgeted amount is spent on government approved CSR categories.

Here are some important points. First, the companies that are contributing have the largest market share; second, those top 25 have the largest giving share; third, the remaining giving companies have the PBT of Rs 473 billion, but contribute only around Rs 1.6 billion; and finally, 35 companies who are in loss donated Rs 65 million.

This brings me to the conclusion that government should emphasise on corporate sector contribution so it can accelerate CSR giving as well as devise the CSR strategic policy for companies. Government recognised the significance of CSR in its 12th Five year Plan (2018 – 2023), which stated, “Enhancing Corporate Social Responsibility (CSR) initiatives to reduce poverty in consultation with corporate and private sector. A CSR framework would be compiled in collaboration with all stakeholders to expand outreach of CSR programmes for poverty reduction.”