People will be able to connect with my character in ‘Kalasha’: Aijaz Aslam 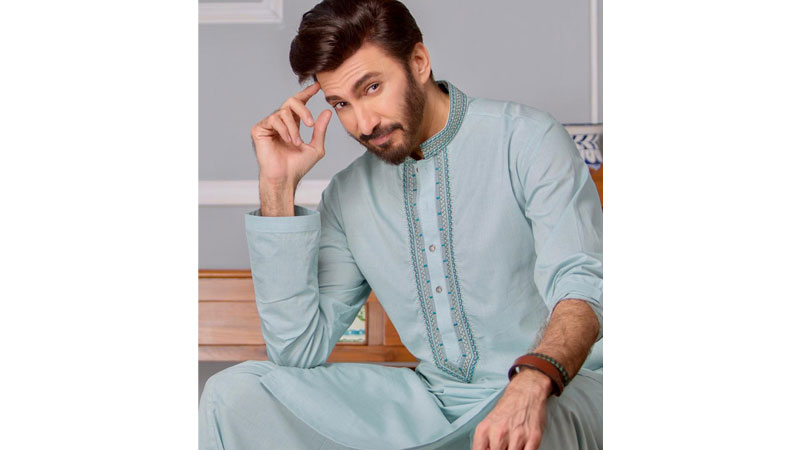 Aijaz Aslam is a versatile actor who has some of the most popular Pakistani serials to his name such as ‘Mehndi’, ‘Maa’, ‘Kis Din Mera Viyah Howega?’ and ‘Dolly Darling’.

Be it family drama serials like “Hum Se Juda Na Hona”, projects shot abroad such as “Thori Khushi Thora Ghum”, sitcoms like “Mein Aur Tum” or social projects such as “Cheekh”, Aijaz Aslam has always presented himself as a versatile and likeable performer. Daily Times caught up with the actor to discuss his old, current and future projects.

You are now working with Nadia Khan after a long time. How do you find her as a co-actor?

Nadia Khan is always fun on set and it is always a pleasure working with her.

What do you think was the best aspect of ‘Cheekh’? Was it the script you enjoyed, your own character or the direction of Badar Mehmood?

I think Badar Mehmood was absolutely brilliant. The full credit goes to him for such a big hit.

What do you miss from PTV times?

In PTV times, there were many rehearsals before going on shoot which is completely missing these days.

What comes naturally to you; comedy or serious acting?

I enjoy doing both.

We know Faisal Qureshi as a great performer. What is it that you have observed in him which has resulted in a good friendship?

Faisal is a very good friend and he always shows great support in anything that I do.

What is your personal take on stories like ‘Chewing Gum’?

I think everyone has access to YouTube and Netflix these days, so such stories are very common now. However, in Pakistan, we address such issues in a subtle way.

What has been your personal favourite project up until now and why?

I personally liked my project ‘Qismat’ which I did a few years back. From my recent projects, ‘Cheekh’ has been phenomenal. I love doing negative characters as I feel that there is more margin for an actor to perform.

How long does it take or how difficult is it for you to snap out of influential roles like those in ‘Cheekh’ and ‘Kis Din Mera Viyah Howega’? What is your strategy to move out?

There is no particular strategy. I always do my homework before going on set and try to make it believable.

With which director and writer do you wish to work but haven’t been given the opportunity up until now?

I would love to work with Nadeem Baig and Ehteshamuddin and would definitely love to work again with Badar Mehmood.

Tell us about your upcoming projects.

My film ‘Kalasha’ is coming soon and people will definitely connect with the character I have played in the movie.

Recently, Aijaz Aslam has proved his versatility by simultaneously doing two dramas from entirely different genres. In both ‘Dolly Darling’ by the king of comedy, Dr Younis Butt and ‘Cheekh’ by Zanjabeel Asim Shah, Aijaz Aslam has played strong roles which will definitely remain in our minds until his film hits the cinemas. We wish him all the best for his future endeavours.