Municipal Library losing its worth 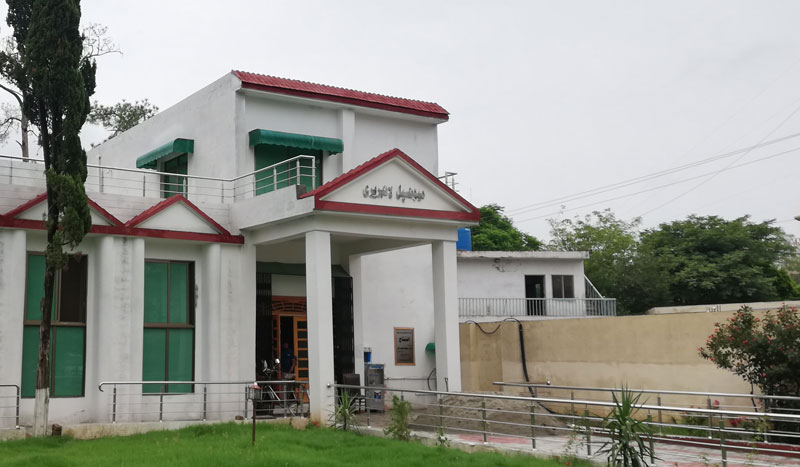 In 1980s, when I was appointed, hundreds of people were visiting the library every day – the official performing duty on the front desk / book issuing counter did not have enough time to take a cup of tea, Hamayun Shafqat recalls his memories as a library assistant at the Municipal Library Rawalpindi.

“Now, only about 50 citizens visit the library daily, and most of them are elderly citizens or retired government employees who come to the library to pass time by reading newspapers or books,” Hamayun added.

He said the ratio of students visiting the library was very low, and a majority of them were unaware of the existence of the library.

The Municipal Library was founded in 1872, at that time the library was inside the building of the Rawalpindi Press Club. Later, in 1982, military dictator Ziaul Haq approved a special grant for the establishment of a library building where it is located now.

There have been 8,000 members of the library since 1982, but the officials do not have any record of how many of them were active. In 2001, the library was also affected due to the heavy floods in the city.

Hamayun – who is now serving as librarian – informed this scribe that during the floods, rainwater entered the library and books’ shelve/cupboard fell in that water. 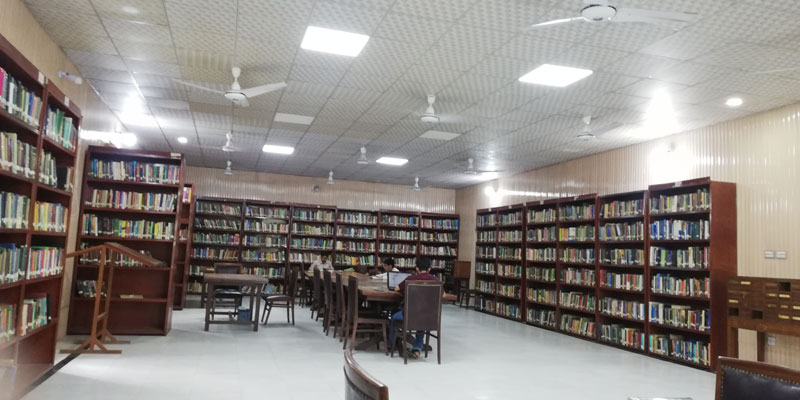 “We had very historical books, including a Ramayan (Hindus’ religious book) that was printed almost 200 years ago, but they were ruined because of the floodwater. Later, when the rainwater was drained after a few days, we kept the remaining books on the roof of the library building to dry them,” he said.

Sheikh Mujahid – a retired navy officer – said he was regularly visiting the Municipal Library since 1956 when he was a student of class two. He said he used to go on a morning walk to the Liaquat Bagh, Rawalpindi, and would later visit the library with his father.

Sharing his memories, he said the younger generation was busy in their mobile phones and the Internet. “Book reading culture and physical activities among the youth have been badly affected by the mobile phone and internet facilities. However, Internet cannot be a replacement of books; the information available in libraries is not accessible on the Internet,” he maintained.

The old building of the Municipal Library was recently renovated with the help of the World Bank, which provided funds to the tune of Rs 23.6 million. The newly renovated building is now open to visitors. New books for the library were last purchased in 2016, and after that not a single book has been procured.

The library officials informed that they were accepting book donations from the civil society members, but some of the people were sending the books with a very poor condition, which were not readable. They said the library staff had to put in double the effort to store them, so now they have stopped receiving books.

Saqib Majeed – a student of ICMA – said he had been visiting the library for the last three years for research purposes, and added that the environment of the library had improved very much after the renovation of the building.

Taimoor Khan – a library visitor – said the officials had more than Rs 23 million on the renovation of the building but had no power backup. During the electricity load shading, the visitors face severe problems, as the generator and UPS facility was not available, he maintained.

Syeda Bakhtawar Rubab – a university student – said she visits the library regularly for research and exam preparation, adding that the technology that had spoiled the new generation could not be an alternative to the libraries. She added that 40 percent of the daily library visitors were females only because of the safe and secure environment provided there.

“The soft form of the books does not give you the feeling that you can have by reading a book in hard form,” she maintained.