‘Apocalypse Now’ — someday this war is going to end

* 'Apocalypse Now' opens not with a bang in the form of being plunged into battle, but with the protagonist, veteran Captain Willard bemoaning the waning of his strength 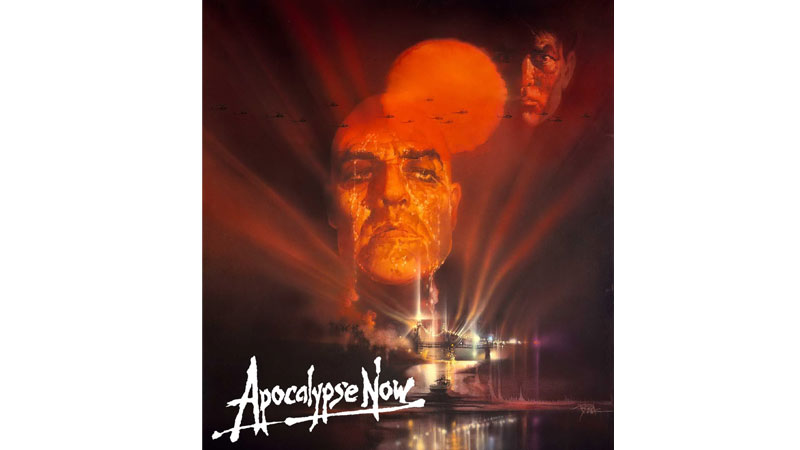 In 1955, the Vietnam War began with the United States and its allies’ entry into the country; the seemingly perpetual conflict between the American army and the Viet Cong resulted in the death of 415,000 civilians in the Republic of South Vietnam, and 2 million in North Vietnam (according to the government in April. 1995). Atrocities that occurred during this two-decade stretch are well-documented today, ranging from Agent Orange to the My Lai massacre. For the Vietnamese civilians caught in the crossfire of the war, the possibility of an end to the war would have seemed miraculous.

Since the end of the War, a variety of filmmakers have tackled the conflict, ranging from Ken Burns’ acclaimed documentary The Vietnam War, to Stanley Kubrick’s account of the experience of American soldiers, Full Metal Jacket. Yet no production has portrayed the depths of unrestrained chaos and the absolute absence of morality to greater impact than auteur Francis Ford Coppola’s seminal horror epic released in 1979, Apocalypse Now, now approaching its 40th anniversary, and which now has a rerelease in the form of The Final Cut in select theatres.

Apocalypse Now opens not with a bang in the form of being plunged into battle, but with the protagonist, veteran Captain Willard (portrayed by Martin Sheen in a career-defining performance) bemoaning the waning of his strength whilst being confined to a hotel room in Saigon; his drunken flailing is intercut with footage of the forests of Vietnam being bombed, to the rebellious riffs of “The End” (by The Doors). Two officers arrive to forcefully remove him from the safe confines of his room to be briefed by his superiors onhis mission: to terminate the command of Colonel Walter E. Kurtz (played by the legendary Marlon Brando), who has supposedly gone insane, and now commands his own personal army of indigenous Vietnamese who worship him. Thus, the film plunges both Willard and the viewer into danger and unprecedented horrors.

For a film whose source material is the perturbing Heart of Darkness and which delves into subject matter as controversial as colonialism and PoWs, Apocalypse Now approaches the mindless carnage of the Vietnam War with a remarkable nonchalance; for instance, in the now-iconic scene where US Army helicopters attack the coast to the tune of “The Ride of The Valkyries”, Lieutenant Kilgore cheerfully remarks, ‘I love the smell of napalm in the morning’ whilst Vietnamese civilians flee in terror

For a film whose (loosely adapted) source material is the perturbing Heart of Darkness (by Joseph Conrad), and which delves into subject matter as controversial as colonialism and PoWs (prisoners of war), Apocalypse Now approaches the mindless carnage of the Vietnam War with a remarkable nonchalance; for instance, in the now-iconic scene where US Army helicopters attack the coast to the tune of “The Ride of The Valkyries”, Lieutenant Kilgore (portrayed by Robert Duvall, in an Oscar-nominated performance) cheerfully remarks “I love the smell of napalm in the morning” whilst Vietnamese civilians flee in terror. As Willard and a ragtag squad of soldiers travel down the Nung River, they witness a multitude of violent occurrences; yet, the film provides no sympathy as to their condition, considering the brutality they inflict on Vietnamese civilians. Apocalypse Now feigns no sentimentality regarding the war; this is embodied by its protagonist, who seems single-mindedly hell-bent on reaching Colonel Kurtz.

However, in spite of the moral ambiguity of its characters, the film has no shortage of flair and precision in its direction; cinematographer Vittorio Storaro won the Academy Award for Best cinematography the next year (1980) and rightfully so. The vibrant oranges, lush greens and deep blacks of its colour palette combine in elevating a setting otherwise based in reality into a phantasmagorical, nightmarish realm. Its omnipresent foliagecrafts a hostile paradise, inviting the wretched soldiers into the maws of death. Looming shots of the sun-drenched landscape are transposed with tight close-ups of Willard’s petrifying stare, and the expressions of worry on the faces of his crew. In an era where CGI has become the industry standard for blockbuster-budget films, the meticulous production design, authentic environment (it was filmed in The Philippines) and practical special effects are even more impactful today than they were at its release.

One of the thematic aspects that has left a lasting impact on American cinema is the duality of man; specifically, the dynamic between Willard and Kurtz. Despite being ordered to assassinate him, as Willard pores through Kurtz’s case files and letters, he begins to respect his viewpoint (that is, one unfettered by nationalism and moral quandaries), despite his unsavoury method; Kurtz praises the brutal efficiency of the Viet Cong, whilst lamenting how access to American comforts weakened the troops he led. Throughout its course, Apocalypse Now questions what kind of horrors could an officer with impeccable discipline and skill, and a near-perfect record, witness in the murky reaches of the Vietnamese jungle to make him defect. As Willard’s crew decreases in numbers due to various attacks, the skeleton of a moral spectrum that collapses into bloody oblivion.

Apocalypse Now’s legacy is a multi-faceted one; the film’s troubled production is as famous as the film itself; a combination of a typhoon, corpses (obtained from a supplier to medical schools who was later arrested for grave-robbing), Marlon Brando’s complete lack of physical and mental preparation, Martin Sheen’s heart attack, and cocaine-fuelled parties turned what was intended to be a routine 14-week shoot into a year-long tribulation.

This much adversity would result in projects led by less determined directors to be cancelled; yet Coppola, squandering much of his own money, created a work of art that would go on to win the Palme d’Or at Cannes, nominated for multiple Academy, Golden Globe and British film awards, and has been repeatedly included in lists of the greatest films ever made. Its scenes, ranging from the arrival on the coast, to the French resort, and to the deranged climax, has been repeatedly paid homage to; its characters endlessly quotable; and its themes studied in painstaking detail. And as for what the film raised attention to? The notion that war, in spite of whatever motive it is carried out for, is ultimately hollow; the very existence of the terrors of the Vietnam War expose humanity’s heart of darkness. Witnessing this, there can be no reaction more fitting than Colonel Kurtz’s dying declaration:

The writer is a student and can be reached at aryan.tauqe[email protected]