Sushmita celebrated her 41st birthday with her daughters and friends who always addresses her “Mademoiselle”, they all brought in cheesecake for her and celebrated in full swing

Sushmita Sen is an Indian film actress, model and the winner of the miss universe pageant of 1994. She was the first Indian to win the crown. 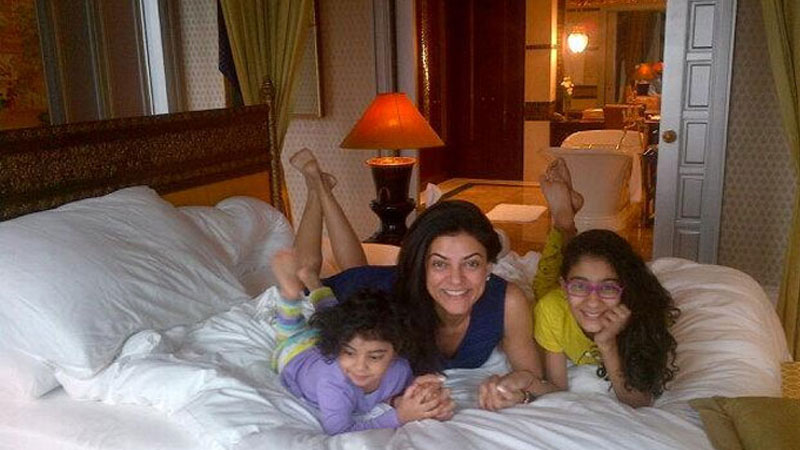 Sushmita Sen made history by adopting a baby girl named Renée in 2000. She, as a single woman of only 25 years of age, was not viewed as socially acceptable to obtain the guardianship of the baby. However, the High Court of Bombay rescinded the appeal and she obtained the gain of a cause.

On 13 January 2010, she adopted a three-month-old girl and named her Alisah