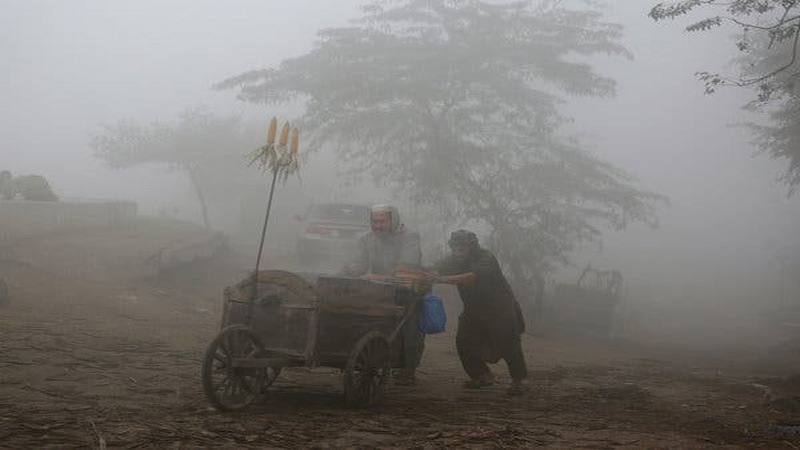 To control the menace of smog in upcoming winter season, the Punjab government on Monday decided to formulate a plan to be implemented in the province.

This was decided in a special meeting of the Smog Commission held at the Punjab Environment Protection Department under the chairmanship of Dr Pervaiz Hassan. The meeting was attended by the officials of different government departments, representatives of steel mills and brick kilns.

Meeting was informed that the Punjab experienced period of low visibility due to fog, mist and smog between November and to February each year for an average of 10 to 25 days. Participants were told that Industrial units both large and small, many of which use furnace oil with high sulphur contents, burning of agricultural residual and municipal waste and vehicular emissions were the main source of these pollutants. “A wide range of small to medium-scale industries including brick kilns and steel mills, furnace and others make a much larger contribution as compared to the size of their economic activity due to use of waste fuel such as used tires, paper, wood and textile waste which resulting smog in winter season.

All Pakistan Brick Kiln Association President Shoib Niazi informed that over 330 kilns had been converted to zig-zag technology while many others would be converted soon. He said that many owners were unable to convert their kilns to the zig-zag due to high cost and this issue can be resolved by bank financing. Niazi assured that his association will support government’s effort to deal with the issue of air pollution in the province.

The issue of stubble burning was also discussed in the meeting. EPD Secretary informed that a letter has been written to agriculture department, requesting to ban on burning of rice stubbles during winter season.

Stakeholders also discussed the other major cause of air pollution; vehicular emission. They suggested that government should formulate the policy to introduce low sulphur content fuel in country. They also highlighted the needs of better traffic control by restricting the number of vehicles playing on the roads during high pollution episodes. A systematic public awareness campaign focusing the advantages of use alternates to motor was also suggested in meeting.

EPA officials stated that there would be zero tolerance for the polluters. “Industrialist are requested to update their system of controlling air pollution otherwise they would be penalized if find in violation,” they stressed.

Smog Commission chairman Dr Pervaiz Hassan concluded that every step would be taken as per the Supreme Court orders to avoid smog-like conditions in the Punjab province.