Given America’s wider foreign policy objectives in the region, Pakistan should not put high stakes on Trump to settle the age-old Pakistan-India squabble

Murky clouds of yet another intense conflict between Pakistan and India are looming, as the government of India introduced a resolution in parliament to repeal the autonomous status of the Indian-occupied Kashmir, and to split the disputed region into two territories. The motion flashed an immediate and fierce ire from the country’s opposition parties.

In an extraordinary move, Indian authorities deployed tens of thousands of additional troops to initiate a clampdown in Kashmir-a nuclear flashpoint that has so far tugged the two South Asian adversaries into war twice apart from ceaseless clashes. On August 5, 2019, tourists were asked to leave, calls were made to stockpile food and fuel, phones and internet services were suspended, schools and universities were closed, and state leaders were placed under house arrest in the Muslim-majority valley. 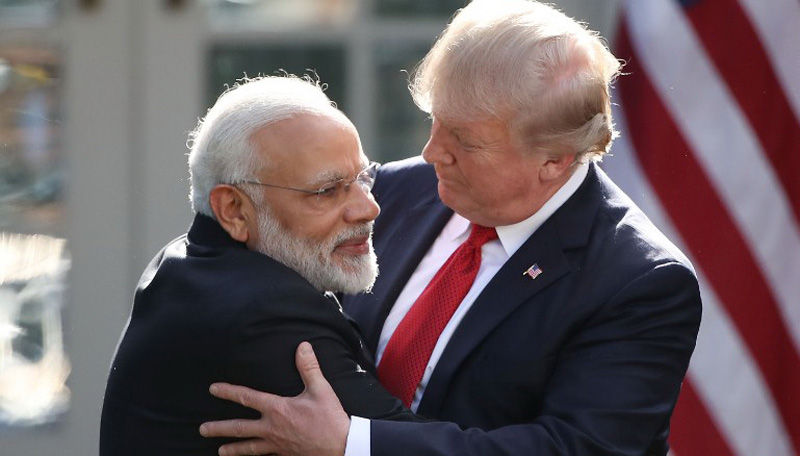 While the two arch-rivals also continue to exchange heavy shelling across the Line of Control, including barbaric use of cluster bombs by Indian military, Prime Minister of Pakistan Imran Khan warned that the conditions could blow up into a regional crisis, and pressed the US President Donald Trump to assert his commitment about Kashmir mediation.

Recently, Trump reaffirmed his offer to mediate on the Kashmir issue between Pakistan and India, a call New Delhi spurned again, maintaining that all the rows including the longstanding Kashmir dispute would only be resolved bilaterally.

America’s profound silence on deployment of massive additional Indian military troops, on the bifurcation of Indian-controlled Jammu and Kashmir, and on the imminent crackdown on innocent and unarmed Kashmiris, implies that Washington has quietly endorsed New Delhi’s provocative measures in the valley. But since the US comprehends that without Pakistan, durable peace in Afghanistan would remain an illusion, it is avoiding to taking India’s side publicly.

The key US foreign policy objective of controlling China’s growing influence largely hinges on India; Trump may not be in a position to enrage India

On the other hand, Pakistan intuits the US decades-old sporadic regional strategy, but as peace in Afghanistan is tightly interlaced with its own national security interests, Pakistan is increasingly determined to facilitate the Afghan peace process. India has grave concerns over its embarrassing isolation from Afghan peace process. Since long, New Delhi has been cagey of Afghan Taliban’s growing influence in Afghanistan, perceiving it as a threat to its national security. While it has provided significant financial and military aid to the Kabul administration to crush Taliban, India finds it deplorable to be barred from crucial peace talks.

After conceding Afghanistan, it would be excruciating for India to forfeit Kashmir too. Just before the latest terrorist incidences in Pakistan, Indian National Security Advisor Ajit Doval travelled to Kashmir and suggested to deploy further military troops in the disputed territory. In June 2018, the wrangled territory was brought under governor’s rule, which was followed by the implementation of president’s rule after six months.

Pakistan indicts that India is aiding a separatist organisation through the Balochistan Liberation Army (BLA) in the Balochistan province to destabilise its mega project, China-Pakistan Economic Corridor (CPEC), and to distract its focus from Kashmir. Both Pakistan and the US have sanctioned the BLA as a terrorist organisation.

While both India and the US have been critical of Beijing’s BRI as well as its Pakistani arm of CPEC, it provides them a common ground to strategically unify in the region against their respective rivals. The key US foreign policy objective of controlling China’s growing influence largely hinges on India; Trump may not be in a position to enrage India by effectively forcing Indian Prime Minister Narendra Modi to resolve the Kashmir dispute.

The US president would therefore rather pursue a vague diplomatic regional strategy to offering himself as a mediator, but pragmatically he wouldn’t play any emphatic role for the dispute resolution. It is highly likely that he would overlook Indian aggression and extreme human rights violations in Kashmir.

Given America’s wider foreign policy objectives in the region, Pakistan should not put high stakes on Trump to settle the age-old Pakistan-India squabble. Islamabad should scrutinise Trump’s dispassionate and reticent offer on Kashmir mediation in the backdrop of his campaign to end the 19-year impasse of the US in Afghanistan.