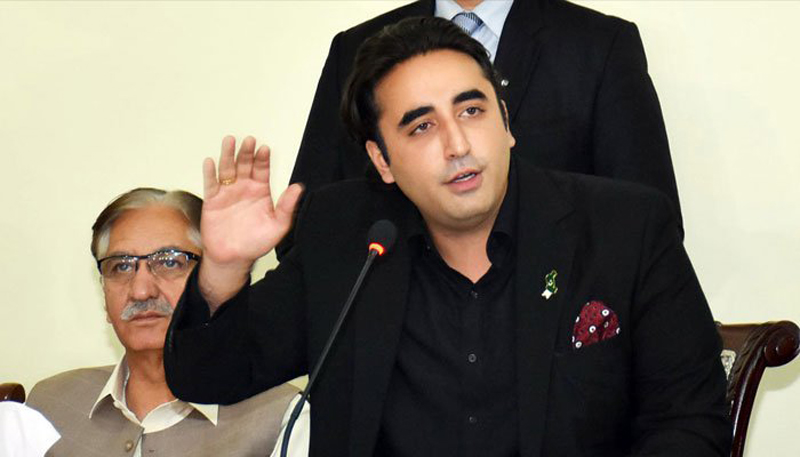 Pakistan People’s Party (PPP) Chairman Bilawal Bhutto Zardari on Thursday vowed to take action against opposition senators who defied the party policy and voted against a no-confidence motion moved by the opposition against Senate Chairman Sadiq Sanjrani. “We will look into our party to see which of our members came under pressure or sold their conscience,” Bilawal told reporters after a meeting with opposition leaders held hours after Sanjrani shockingly survived the no-confidence motion. “Some petty senators stabbed their parties in the back, we will take them to task,” he said.

Flanked by PPP Senator Sherry Rehman, PML-N President Shehbaz Sharif, Marriyum Aurangzeb, Ahsan Iqbal, Leader of Opposition in Senate Raja Zafarul Haq, Bilawal said though its no-confidence motion has been thwarted in the Senate, the joint opposition will ‘not let the puppet government off the hook’. “They (government) should not think that we, the joint opposition, will let them off the hook … We are calling an All Parties Conference, we will fight this battle in the Senate, we will introduce reforms to ensure transparent Senate elections, we will look at the rules and we will oppose this Senate chairman,” he said. “If this puppet government thinks it can establish its rule by rigging and stealing, this will not be the case,” he added. Bilawal said the opposition has “won even in defeat because we exposed these puppet senators and Senate chairman.” He also lauded Senator Hasil Bizenjo for fighting the way he did.