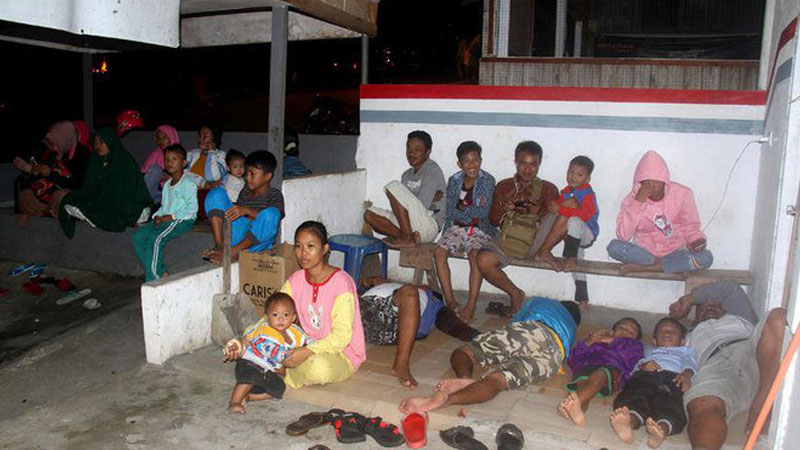 A strong subsea earthquake late Sunday night caused panic in parts of eastern Indonesian and triggered a tsunami warning that was later lifted. There were no immediate reports of major damage or casualties.

The US Geological Survey said the magnitude 6.9 quake was centered 185 kilometers (115 miles) southeast of Manado in the Molucca Sea at a depth of 24 kilometers (15 miles).

The national disaster agency said the tsunami warning that was in place for North Sulawesi and North Maluku was canceled just after midnight, about two hours after the quake hit.

It said it was still gathering information but was hampered by loss of communications with disaster officials in North Maluku.

A hospital in Manado, the capital of North Sulawesi province, was damaged and patients evacuated, according to a local disaster official.

The quake caused panic in the city of Ternate in the Maluku island chain, where people ran to higher ground, a witness told The Associated Press.

Indonesia, a vast archipelago of 260 million people, is frequently struck by earthquakes, volcanic eruptions and tsunamis because of its location on the “Ring of Fire,” an arc of volcanoes and fault lines in the Pacific Basin.