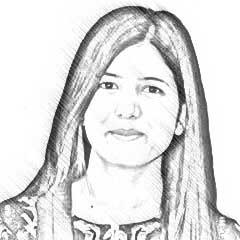 Stalemate at Nuclear Suppliers Group (NSG) on admission of non-NPT countries has persisted for the fourth consecutive year as the group’s 29th annual plenary held at Nur-Sultan (Kazakhstan) on June 20 -21 ended without progress on the matter.

Consensus on the issue has eluded the 48 member global nuclear trade ever since the matter of admission of non-NPT states first came on its agenda in June 2016 Plenary following membership applications by India and Pakistan. The issue has got prolonged because NSG membership rules prohibit membership for any country that is not part of a major non-proliferation regime (which is mostly taken as membership of NPT) and, therefore, any change in these rules has to done through consensus of the NSG Participating Governments/Members. Achieving that consensus has been a major challenge.

NSG members had over the past few years been divided into three groups on the issue with one group favouring grant of membership to India as an exception for being like-minded, the other called for strict implementation of the NPT requirement, while the third camp supported formulation of a new criteria that is uniformly applied to all new membership cases. Apparently there are now just two camps – those wanting a special entry for India and those demanding a non-discriminatory criteria for non-NPT states.

The issue was on the agenda of the Nur-Sultan Plenary, but, the public statement issued by NSG suggested that there was no further progress on the matter. A closer analysis of the public statement, however, gives an insight into the current status of the discussion on the issue.

First, The Group noted that discussions were continuing on the requests for participation that had been submitted. This implies that the membership process of non-NPT states in the leading multilateral nuclear export control arrangement is still continuing though it may no more be on a fast track as before.

Pakistan’s adoption of Export Control Act in 2004, improvements in its strategic export control list and announcement of a NSG compliant list in 2005 and its further reviews demonstrate Islamabad’s strong credentials for NSG membership

Second, “The Group noted the discussions on the issue of ‘Technical, Legal and Political Aspects’ of the Participation of non-NPT States in the NSG”. This may be interpreted to mean that the discussions remained restricted to legal, political, and technical aspects of membership for Non-NPT states. These aspects, NSG member states insist, are prerequisites that are to be discussed prior to enforcement of any mutual obligations. But, at the same time it also means that the discussions on these aspects, which had been going on for some time, witnessed no further progress.

It is important to note that legal lacunae exists in India’s case as India has kept its civilian nuclear reactors out of IAEA safeguards. Additionally, there are studies by international experts and reports of various institutions regarding India’s separation plan for civilian nuclear facilities, which suggest that the separation is unsatisfactory.

More significantly Indian stockpiles of approximately five tons of reactor grade plutonium, which are outside the IAEA safeguard, can be used for weapon production in future.  Daryl G.Kimball (Executive Director at Arms Control Association) stated: “Based on its record, India does not meet the same standards of behavior as current NSG members, nor is it clear if it shares the NSG’s core nonproliferation goals, including preventing the spread of sensitive uranium-enrichment and plutonium reprocessing technologies.”   He further states “India has actively sought to weaken the nonproliferation commitments it was required to take to receive an NSG exemption in 2008. For example, its civil-military nuclear separation plan is substandard, and its IAEA additional protocol arrangement is weaker than those of the NPT nuclear-weapon states. Although India maintains a nuclear test moratorium, leaders in New Delhi have not taken any steps toward signing the CTBT, and they have not agreed to build international nuclear test-explosion monitoring stations on Indian territory.”

On the contrary, Pakistan being non-NSG state complies with NSG guidelines and remains committed to the aims of nuclear non-proliferation. Pakistan’s adoption of Export Control Act in 2004, improvements in its strategic export control list and announcement of a NSG compliant list in 2005 and its further reviews demonstrate Islamabad’s strong credentials for NSG membership. Pakistan also established the Strategic Export Control Division (SECDIV) in 2007. SECDIV regularly issues export control guidelines and Compliance Program Guidelines. More significantly, Pakistan, unlike India, has never violated its commitments with the International Atomic Energy Agency (IAEA) and nuclear supplier’s countries.  India, it may be recalled, in 1974 used CIRUS reactors acquired from the US for production of fissile material from the Canadian-supplied Uranium. Thus, if credentials of India and Pakistan were to be compared, Pakistan’s credentials are much stronger for NSG membership.

Pakistan’s aspiration for NSG membership is based on four factors:  desire to strengthen global non-proliferation regime; develop ability to supply nuclear related items to member states; maintain strategic stability and balance of power in South Asia; achieve technological advancement and benefit for socio-economic development. Hence, it is believed that Pakistan’s inclusion will further strengthen itsnon-proliferation commitments, which will be beneficial for NSG aims.  However, the US and its allies, while disregarding all these facts, are more focused on commercial interests and geo-political dynamics of India’s inclusion in NSG.

Additionally, as light change in the Chinese position has also been observed. Chinese Foreign Ministry spokesman Lu Kang, at a media briefing, said “As far as China’s position is concerned, we respect the NSG rules and regulations and we will seek non-discriminatory solution that can be accepted by all.” Previously, China has been adamant that there could be no compromise on the NPT requirement for NSG membership. The new Chinese emphasis on “non-discriminatory solution” can be taken as an indication of its readiness to accept non-NPT countries, if there is no discrimination against in any specific case.

While the outcome of the twenty-ninth Plenary Meeting of NSG demonstrates that its members were not able to break the logjam on the membership issue of non-NPT states ,the message for the cartel itself is that it should take measures to become equitable and must follow non-discriminatory criteria-based approach to further strengthen the ideals of non-proliferation to prevent the arms race and spread of nuclear weapons.