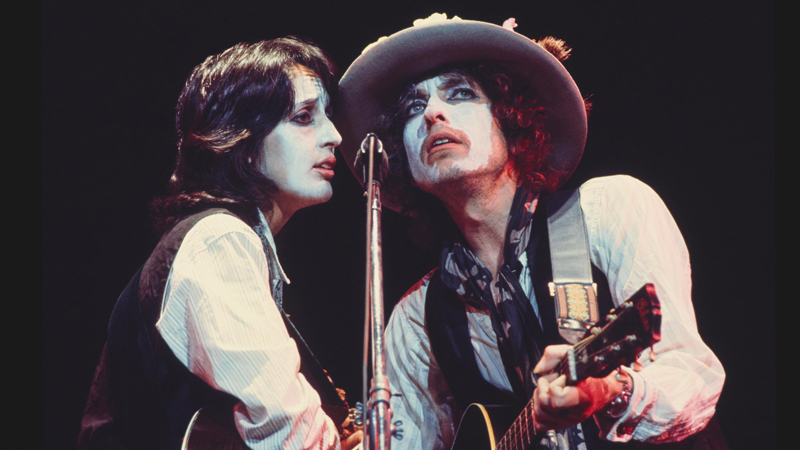 In the summer of 1975, in the middle of recording his album ‘Desire,’ singer and songwriter Bob Dylan decided that he wanted to go on tour again, but that he also wanted a break. A break from the crowds, from the press scrutiny, maybe even from his own stardom. So in the fall of that year, he launched the Rolling Thunder Revue, a knowingly small-time ramble of a concert tour that was designed, from the outset, to be a kind of antiquated floating carnival of down-home travelling players. Call it “A Prairie Home Companion” meets Sgt. Pepper’s Lonely Hearts Club Band.

The venues would not be sold-out arenas, like the ones that Bob Dylan had played, along with the Band, to rapturous audiences the year before. They would be concert halls in places like Plymouth, Massachusetts and Rochester, NY and Bangor, Maine. And though the tour was billed on posters as an all-star counterculture revue, the friends and collaborators Dylan brought along with him didn’t exactly light up the marquee. There was his former romantic partner Joan Baez, the country-fried cult musician Ramblin’ Jack Elliott, the former Byrd Roger McGuinn, plus Allen Ginsberg, Sam Shepard, Ronee Blakley, and other rising bohemian luminaries. The one thing Dylan did that the entire rock culture, from Led Zeppelin to ABBA, seemed to be embracing at the time was that he arranged for the Rolling Thunder Revue to be filmed.

It was, yet the film never got made. The only film that ever emerged from the tour was “Renaldo and Clara,” a four-hour epic of fragmentary staged whimsy that is, except for its tantalizing concert scenes, unwatchable. The Rolling Thunder Revue remains a legendary novelty tour, but it turned out to be the rock doc that never was.

Until now. Martin Scorsese has taken the mountain of footage that was shot, by four cinematographers, during the tour, along with present-day interviews with many of the participants, including Dylan at his most gnarly sincere, and assembled it into a digitally restored, impeccably edited, audaciously alive 2-hour-and-22-minute Scorsese feast of a 1970s verité sprawl. It’s called “Rolling Thunder Revue: A Bob Dylan Story by Martin Scorsese,” and it drops on Netflix on June 12.

The first thing to say about the movie is that it contains some of the most exciting footage of Dylan in concert that’s ever been seen. On the Rolling Thunder Revue tour, Dylan appeared on stage wearing heavy mascara and the white-face makeup of a mime, as well as a clear plastic mask, and while that sounds pretentious, the element of concealment seems to have liberated him. In concert, wearing flared jeans and a black vest and a hat adorned on the left side with flowers, surrounded by musicians like T-Bone Burnett and the haunting Goth violinist Scarlet Rivera, Dylan finally relaxes into being the rock ‘n’ roller he dreamed of being from the moment he heard the Byrds’ version of “Mr. Tambourine Man.”

Scorsese’s previous Dylan documentary, the searching and cathartic “No Direction Home: Bob Dylan”, caught the churn of passion and meaning that was funneled into the moment when Dylan went electric. But up until the Rolling Thunder Revue tour, the rock-god stage persona that Dylan sought didn’t always mesh with the headiness of his folk-poetic roots. On the 1974 Before the Flood tour, he made great music but often seemed to be slamming the words together as a form of rock cred. In “Rolling Thunder Revue,” he takes command, letting his hair down and strolling, if not strutting, the stage, his voice resonating from the depths, lending astonishing force to songs from “Simple Twist of Fate” to “The Lonesome Death of Hattie Carroll.” You feel like you could watch these songs forever. 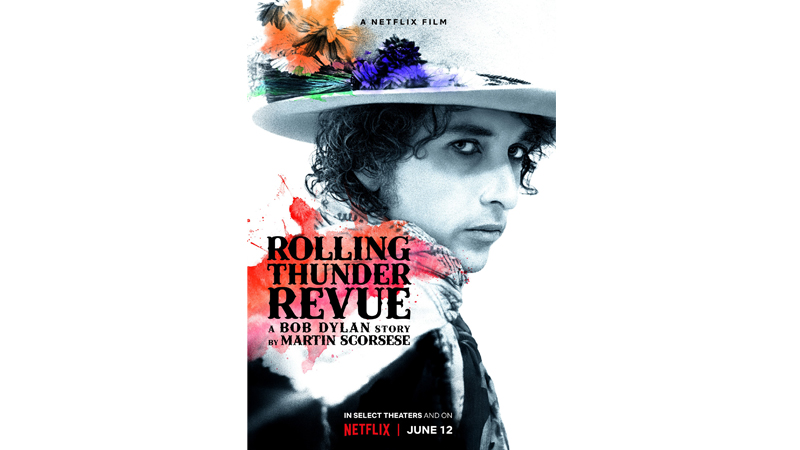 As compelling as the music is, though, “Rolling Thunder Revue” is only partially a concert film. It’s fundamentally a backstage slice of the ’70s that tips its hat to what may have been the last moment when a rock ‘n’ roll tour could be a scraggly communal party be-in that rarely touched down. The Rolling Thunder Revue, as the movie make clear, was not a success financially and that’s now part of its mystique. They lost all this money…and no one gave a damn. Except, of course, for the managers and accountants.

Scorsese revels in the vibrant slapdash spontaneity of it all. He veers from Patti Smith telling a long, mesmerizing anecdote on the stage of the Other End, where Dylan was hanging out on the verge of the tour, to footage of the extended studio jam sessions that were the only real rehearsals, to a party at Ginsberg’s Lower East Side apartment, where Dylan, smiling and never more scruffy-handsome, seems a touch more accessible than he did a decade before in “Don’t Look Back,” though he still wears that invisible armour of untouchability.

We also witness the backbiting interpersonal tour politics, like the general disdain for Larry “Ratso” Sloman, whose skills as a reporter were inseparable from his instincts as a noodge.

In the ’70s, the joy of a good rock doc, like the Joe Cocker gospel-rock bash “Mad Dogs and Englishmen” or the too-scandalous-to-be-released Rolling Stones diary “Cocksucker Blues,” is that the verité camera hovered in front of the stars, managers, groupies, hippies, and hangers-on, who lost all awareness of the camera. That’s more or less what happens here.