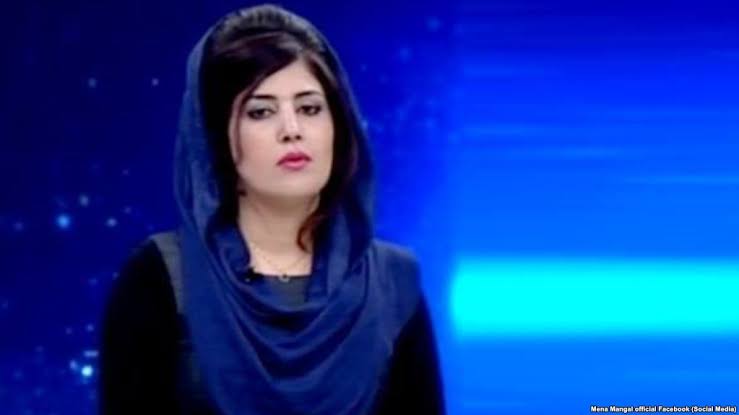 KABUL: Mena Mangal, just days after announcing on the social media that she was afraid that her life was in danger, was shot dead on Saturday here. Mangal was a renowned journalist and political advisor.

The attack against her committed during the day and that too, in a public space led to vehement protests from women rights activists. She was shot dead in south-east Kabul.

“This woman had already shared that her life was in danger; why did nothing happen? We need answers,” said Wazhma Frogh, an Afghan human rights lawyer and women’s rights campaigner. “Why is it so easy in this society [for men] to keep killing women they disagree with?”

On May 03, Mangal had shared her fears in a bold post on Facebook. on 3 May where she added that she was not afraid of death and was a true patriot.

Mangal’s murder comes at a time when Afghan women’s hard-won freedoms are at particular risk.

According to Rahimi, Interior ministry spokesman, Mangal was shot by unidentified persons and now a special police team was looking into the matter.

However, in a video shared to Twitter, Mangal’s mother identified a group as suspects, adding that ergo, they had kidnapped her now murdered daughter. Although they had been arrested, they bribed their way out of jail.

Rising to fame as a presenter on Pashto-language channel Tolo TV, she later began working for the former’s rival channel, Shamshad TV.

She was a women’s rights activist too. In more recent days, she joined the lower chamber of Afghanistan’s national parliament as a cultural adviser.

“Can’t stop my tears at the loss of this beautiful soul. She had a loud voice, and actively raised [that] voice for her people,” Frogh said.

Mariam Wardak, a political analyst, added that a public killing like this was an “absolute dishonor” on the police, intelligence services, and national security council.

Women in the Afghan War

In the 17 years long war, Afghan women have been at a particular disadvantage: Disapproved of having roles in public lives, they are sometimes killed by rightist members of the country and sometimes targeted by their own conservative family and/or community.

However, Mangal’s murder is viewed as a particular threat to their hard-won freedoms because it comes at a time when negotiations with the US to broker peace are entirely male-centric.

In pre-2001, Taliban-ruled Afghanistan, women were barred from education and the right to work.

Although the US intervention was seen as a rescue mission, in recent days, the efforts to liberate Afghan women have been totally overlooked. There, in fact, exists a de facto ban on secondary education for girls.

Even days before Mangal’s death, an international organization’s headquarters were attacked by the Taliban on account of seeking justice for women.

The Taliban spokesman Zabihullah Mujahid alleged the reasons for the attack as that Counterpart International had carried out “harmful western activities” in Afghanistan and was “promoting open inter-mixing between men and women”.