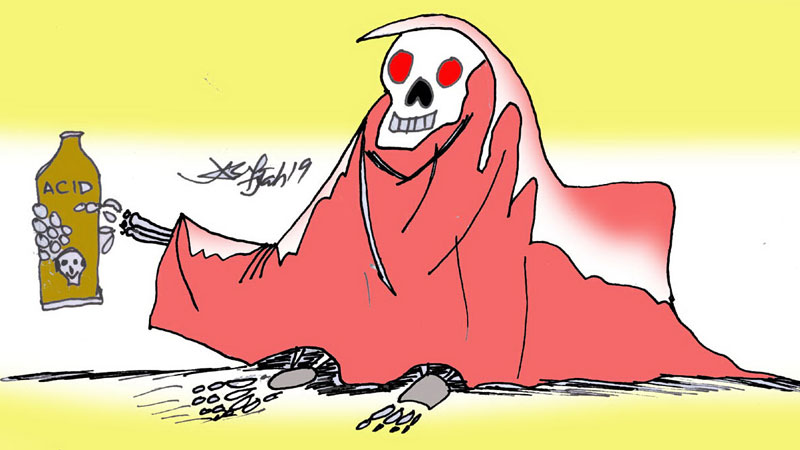 Sir: According to the report approximately 65 percent of acid attack victim are woman, girls and children. 15 percent of women are being confined by this hazardous chemical. However, long-run consequence of these attacks and bombardment includes the category of mental disorder as well as permanent scarring of the faces.

Despite of those women despair and are the prey of such cordial acids, similarly, this action possessed by such hastily and agile moves that they should be anonymous by other people. And they are being deprive from discretion and are being condemn.

In acid attack, a woman spends whole life with deformed face and culprit gets only few year punishments and attacker spends rest of his life normally. I do protest to this issue and decelerate vitriol attack on woman. There should be strict penalties on this act and women should not be prey of such treacherous acid. A precaution and prompt action should be taken and availed by Pakistan government.