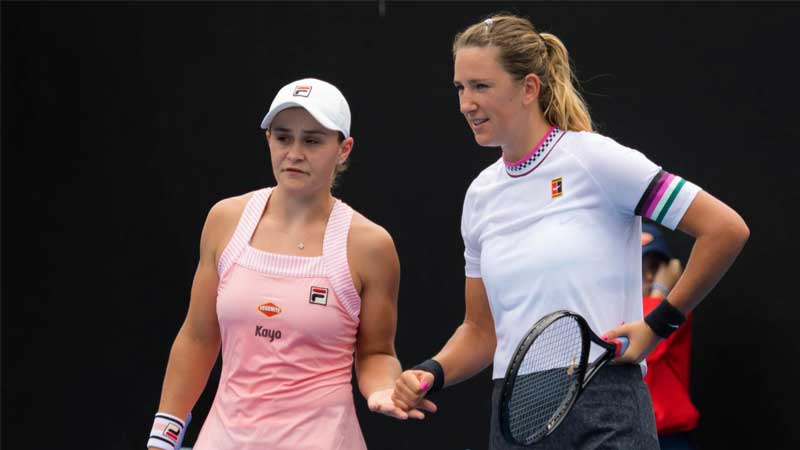 BRISBANE: World number nine Ashleigh Barty will face her doubles partner and two-time major winner Victoria Azarenka in the Fed Cup semi-final between Australia and Belarus on Saturday. The pair will contest the second singles match on the opening day at Pat Rafter Arena in Brisbane as the home team targets Australia’s first final since 1993. Experienced former US Open champion Samantha Stosur was Australian captain Alicia Molik’s surprise pick over Daria Gavrilova to open the tie against world number 10 Aryna Sabalenka. They play the reverse singles and a doubles on Sunday. While Belarus are bidding to reach the final for the second time in three attempts, having been beaten by the United States in 2017, Australia haven’t made the decider in 26 years. It’s been an even longer wait between titles, with Australia’s last victory in 1974 when Evonne Goolagong led them to a 2-1 win over the Americans.