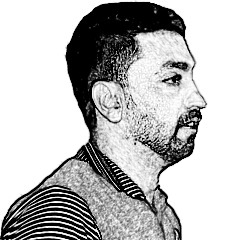 A ban or a bane

In a recent dramatic move, the government of Balochistan banned political activities at educational institutions. The decision has been frivolously criticised by students and academics alike, terming the ban a ‘calculated’ move to rob students of a fundamental right. The ban is imposed under Section (r) (13) of Balochistan Employees’ Efficiency and Discipline Act 2011 (BEEDA). Advocates of the ban see it as a legitimate move to curtail ‘violence’ which has often been linked with ‘political activities’ of students.

Ironically, the ban is antithetical to the basic provisions of the Constitution, which are enshrined in fundamental rights — which benefit all the citizens of the country. Within a democratic setup, citizens can be pregnant with democratic awareness provided that politics bridges the two essential ‘ends’, the governing and the governed, of a democratic poll.

Unfortunately, the chaos which has gripped the province for long has always been linked with politics. That said the word politics has become apathetical to a ‘taboo’ word. The nuance which differentiates between political awareness and politics is frequently mingled with violence when student politics is mentioned. Hopefully, the ban might serve the cause for a short time, however, it will push the students, adherent to diverse ideologies, cease to remain specified despite being flexible and tolerant to listen and respect fellow beings with different ideologies.

Similarly, the ban on political activities at educational institutions is not a startling move either. There are ample historical accounts that might provide some ground to understand the nature of politics among students. Student politics had been central to the struggle spearheaded by the All India Muslim League (AIML) which eventually ended in carving out a separate Muslim state on the map of the world. Prominent writer and author, Nadeem Farooq Paracha, gives a detailed account of student politics in his book End of The Past. Paracha writes that AIML trained students through the platform of Muslim Student Federation (MSF). Paracha further details that AIML recruited students (in undivided India) to help AIML achieve a separate state for Muslims of the subcontinent. Paracha also sheds light on the golden age of student politics and its tragic end.

Furthermore, detailed accounts of student politics given by Paracha and Laurent Gayer author of Karachi, Ordered Disorder and the Struggle for the City, are empirical research works which highlight the ‘political engineering’ of ideologies, which student politics remained inclined towards, in the hands of politicians. Gayer writes that Zulfiqar Ali Bhutto, during the epic of student politics, saw student movements a tool to destabilize Ayub’s government. Gayer notes that:

“The student movement was thus Bhutto’s weapon of mass disruption. The anti-Ayub uprising of 1968-1969 was spearheaded by students and overseen by Bhutto himself.”

Interestingly, throughout history, student politics in campuses underwent ups and downs ranging from peaceful activism to converting into violent student wings ideologically aligned with political parties. The subsequent era which Paracha terms the ‘golden age of student politics’ (1970-77) saw the weaponisation of student organizations-this was the consequence of ‘political engineering’ of student activism. Thus, once the ‘political nurseries’ (student unions) fell on the ‘chase board’ of political bosses which led to a permanent embargo on student politics during Zia regime in 1984.

Convincingly, it was not the student politics that led the country’s students into mayhem and disruptive circumstances. The ambidextrous ‘political engineering’ of ideological fractionalization of student unions, which weaponized the campuses and created disruption, spearheaded the ‘political nurseries’ to engender violence and disruption. For instance, Bhutto’s manifestation of exploiting student activism grew more visible when he formally enacted Student Unions Ordinance in 1974. The attempt was more exploitative in terms of influencing and gaining more support from students while inducting ‘wishful’ activists on university campuses.

Pakistan’s student activism was part of an international wave of activism by young people. However, the case of Japanese students, in terms of getting cognizant of the malpractices within university campuses, was rare. The Japanese students in 1968 took university campuses hostage for a long, believing that they had been denied their educational rights. The chaos and disruption of educational activities at universities was rare because the wrath of the students was not whipped by the fact that they had been kept away from their right to know or do politics. The uncertainty was outcome of contracted aloofness of students from politics. This created a vacuum which finally began to be filled with the simmering anger of the students.

Relatively, the recent ban on political activities at educational institutions in Balochistan can be linked with a case of aloofness of students of Japan. The ban will result in polarisation of students from politics which will have a causal effect on electoral awareness of students. Japan in 2016, after revising Public Offices Election Act, lowered the voting right from 20 to 18 year. After promulgation of the Act, Japan Times interviewed many students to know their views about the newly enacted law which empowered them to participate in elections. Most of the students replied joyfully, however, at the same time they were hesitant about choosing their political leaders since they had long been disassociated from ‘politics’. In fact, Balochistan government has also exercised its ‘democratic’ right to chose ban as the first option whereas in a well established democracy the option exercised at first by Balochistan government might be the last option to solve an issue!

Writer is a journalist