Recently, MPAs from Punjab made an unprecedented displayed of efficiency. They passed a bill with both the government and the opposition favouring the legislation. The bill was passed quickly and swiftly. Unfortunately, this display of efficiency had nothing to do with the welfare of the people, but to raise the salaries of the MPAs of Punjab. This issue became the highlight of many talk shows and different arguments were presented that made one believe the salary raise was reasonable.

To be fair, the proposal of raising the salaries of Punjab MPAs is not a bad alternative; the problem is in the method and the timing of this proposal. When the voters visit them in Lahore, the MPAs are expected to be gracious hosts. For an upper class MPA, it would be easy for them to entertain their voter, but a middle class MPA would face difficulty while doing so. This salary raise was somewhat needed, but the Punjab government could have been more creative about the method used. Instead of introducing a plain salary raise, it could have introduced a performance-based bonus. The performance of an MPA could be measured in terms of their attendance and the bills introduced by an MPA. This would not only have been a way to raise the salaries of MPAs, but also to increase the legislative efficiency of the Punjab assembly. 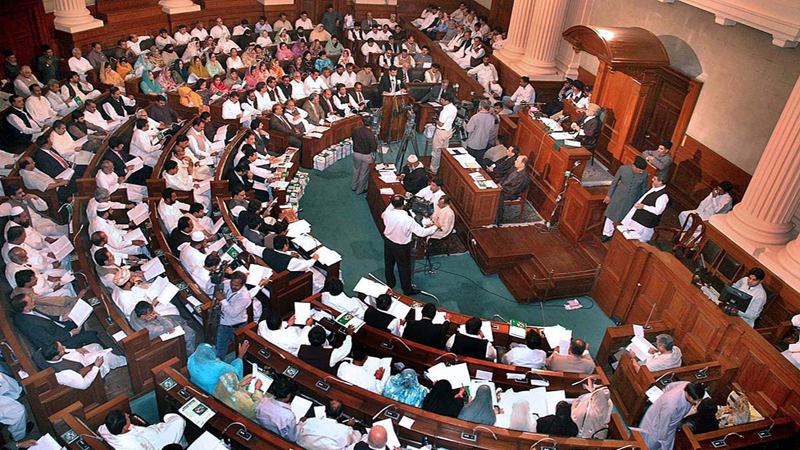 Furthermore, the PTI government is on an austerity drive, and the Prime Minister has not only sold luxurious cars, but also buffalos owned by the PM house. Not to forget the fact that he is travelling through a helicopter to save cost, if it does save any cost to begin with. Other than that the people are crushed under the burden of a weak economy. In the backdrop of that this bill is giving the people the impression that the leaders are not interested in the welfare of the country as much as they are interested in their own finances.

Though the arguments about raising the salaries of MPAs made some sense, there is a lot of controversy surrounding the benefits proposed under this bill for the Punjab Chief Minister (CM). When Mr. Buzdar became PTI’s candidate for the CM of Punjab, the PM made his simplicity the basis of his merit for this post. Where is that simplicity now? In fact, it was proposed that the development budget of Punjab would be cut by 62 percent, but Mr. Buzdar will be given a lifetime home in Lahore, an office staff, a car and a police squad for security apart from a salary raise. Where is the austerity right now? It is, in fact, shut in the basements of the governing elites. Sometimes one feels that this austerity drive is just a cosmetic measure.

Mr Buzdar, so far, has hardly displayed any trait of a great leader

One is definitely disappointed at CM Punjab — or Wasim Akram Plus — as the PM likes to call him. The government has been trying to sell the Punjab CM as an efficient, effective and deserving person who will bring good governance, but no one seems to buy it. When he was selected as the PTI candidate for the chief minister of Punjab, people were told that he was a simple man from a marginalised area, which would make him an agent for change. As the time passes, one can see CM Buzdar jumping onto the same old bandwagon as every other politician. Many politicians from simple backgrounds forget the days of their simplicity and indulge in all the pleasures that power brings. All of this is happening when the current government has promised to make the leaders of Pakistan as simple as the leaders of the first Islamic state of Medina.

In this whole situation, a lot of PTI leaders initially supported the idea of raising salaries for the MPAs, but when the PM showed his disappointment over such measures on Twitter, they took a U-turn. The whole nation has seen videos of ministers contradicting their previous statements on the issue. It is equally important to mention here that the intention of the PM to change the lives of the Pakistani leaders and people alike is very much appreciated. His disappointment over the salary hike and the CM’s benefits is also justified, because it’s against his austerity agenda. This bill is now being reversed. There are three main questions that emerge from this situation. Firstly, is Wasim Akram Plus as efficient as he is being advertised to the people and the media? Is PTI, as a political organisation, on the same page? And, finally, should the PM interfere so openly in the decisions of an elected autonomous body like the Punjab Assembly?

To answer the first, Wasim Akram and the so-called Wasim Akram Plus are very different. Wasim Akram made his way into cricket through hard work and effort. As for Wasim Akram Plus, God knows how he landed on the position. Mr. Buzdar, so far, has hardly displayed any trait of a great leader. Secondly, PTI as an organisation has just realised the difference between being in the opposition and being in the government. He made unrealistic and over ambitious promises on the election trail and is having trouble in coping with the challenges of being in the government. Finally, the PM’s interference in the legislation of the Punjab Assembly is not a good sign for the smooth functioning of the institutions. However, one hopes that as time goes on one may get to see some good performance from Wasim Akram Plus, the PTI and the institutions, so that Pakistan becomes happy and prosperous as the Quaid envisioned.