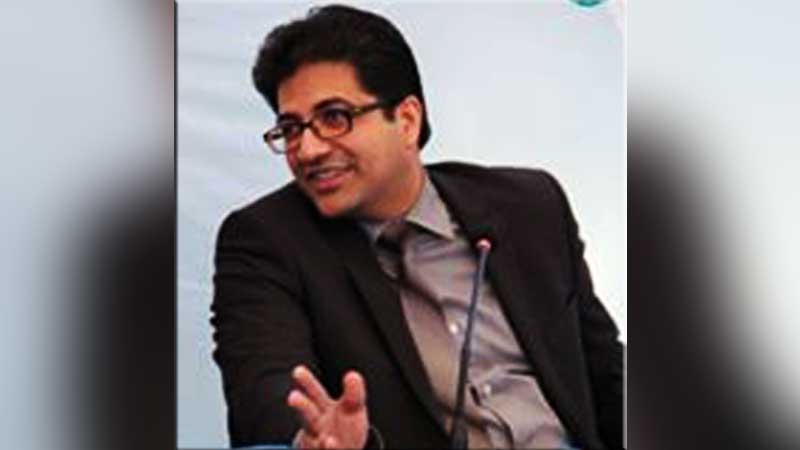 Since August 2018, Utility Stores Corporation of Pakistan (USC) has taken fair bit of lead in media.Despite its large network of around 5,000 outlets and more than 14,000 employees, USC is witnessing turbulent times since year 2013. USC has suffered cumulative loss of around 13.6 Billion since 2013. Declining sales and increasing losses are increasing burden on National Exchequer.

USC has witnessed profits of Rupees. 1.4 Billion in 2013-14. It’s beyond imagination to witness a State Owned Enterprise with such an extensive foot print in losses. It’s evident that there are multiple reasons to it. Mismanagement, lack of policies, old technology, and long outstanding receivable in lieu of subsidies are to name few.In addition evolving Retail Sector tax structures have played a role as well.

Pakistan service sector accounts for about 53.3% of GDP. The wholesale and retail constitutes about 30% of service sector contribution to GDP. Population of Pakistan is predominantly ruler i.e. 66% but with major urban centers such as Karachi and Lahore, which are 12th and 37th most populous cities in the world respectively. (World Atlas 2014).

Owing to economic growth and rising consumer spending, the retail industry has surged. Population growth combined with an increase in disposable incomes is providing the impetus to this boom. Household groceries and apparel are the drivers in organized retail industry. Food retail in particular is the sunrise sector. Research revealed that food retail is expected to grow more over the next one decade. This means there in enough place for many big players. Number of actors such as income growth, changing demographic profile, due to more urbanization and the socioeconomicenvironment are having itsimpact on retail scene. Pakistan Retail market size is estimated to be at USD 152 Billion and is estimated to grow by 8 percent year on year. A meeting of the Economic Coordination Committee of Cabinet on Tuesday 12th March 2019 approved a subsidy of Rupees2 billion to USC for providing 20 essential commodities at cheaper rates to consumers during month of Ramazan. This will in turn guarantee approved essential commodities to be available at USC at 5% to 10 percent lower rate than market price during month of Ramazan. This midshift arrangement will not address any of the concerns leading to current state of affairs.Before going into details, In order to address the issues, probably one shall start to look into basics of the business and main reason this entity is in place.

“The USC is committed to provide clean, graded, hygienically fit, unadulterated genuine food and non-food items to the public and especially to the poorer segments of the society, at comparatively cheaper rates than the market and to offer them a pleasant environment of mutual confidence while making their purchases. It is also committed towards its obligation to provide economic relief to the public by playing its role as a price moderator and deterrent to profiteering, hoarding and black-marketing” 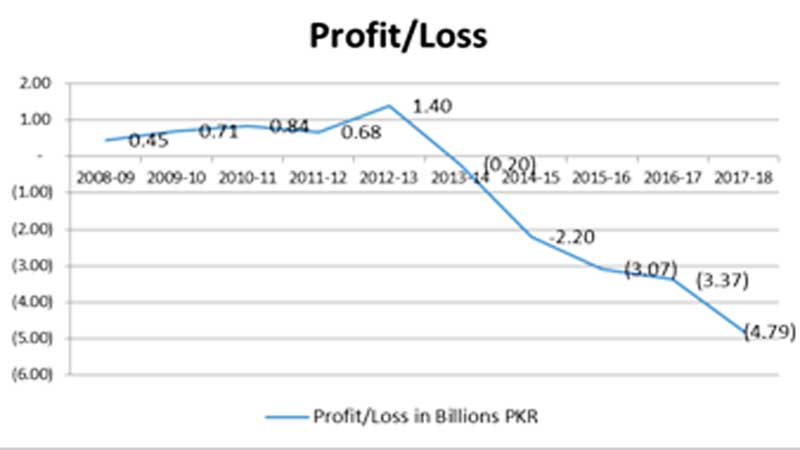 There are multiple FMCG retail chains operating in Pakistan ranging from multinational modern retailers like Metro, Carrefour and SPAR as well as local chains like Imtiaz Supermarkets, Al- Fatah etc. These entities are commercially viable and playing a vital role in economy. Collectively all of them doesn’t cover Pakistan Landscape to the extent of USC and ideally should not be having a buying power that USC has with its current foot print, however unfortunately, it’s not the case.

Ideally, USC with its current footprint is covering most of cities across all provinces and buying power shall be leader in market in terms of price and quality. Success of FMCG retail is always driven by volumes due to low margins. Larger volumes lead to better negotiations with suppliers. With given scale of operations USC can control whole supply chain by procuring essential items direct from farms. This will not only guarantee timely supply but also help in controlling quality aspect. In order to operate with low working capital as an Organization, said supply chain can be financed through easy loan schemes duly financed by commercial banks. It’s important to mention here that subsidies given directly gets consumed in certain time period however if same subsidy is utilized to finance the supply chain, it will have long lasting effect by empowering people involved in supply chain whether be a farmer or an Organization supplying processed products. Same mechanism holds, if applied to manufactures and distributors.

There is no one size fits all, when setting up size of store, allocation of staff and planning of assortments. Broadly current stores shall be rated based on socio economic class, it is supposed to serve. Required assortment shall be tailored to serve that class and ultimately size of store to display said assortment shall be fixed. Right assortment mix will not only reduce investment in working capital in tune of inventory but will also decrease any wastage due to perishable nature of products.

Looking at published audit report of 2016, its surprising to see that staff cost is one of major cost element being more than10% of revenue and this single head in itself exceeds gross profit earned in whole year. Currently as per published financial statements on website of USC for year 2016, it has earned gross profit of Rupees 3.89 Billion against revenue of Rupees 50.3 Billion. Salaries and other benefits stood at Rupees 5.06 Billion. It’s evident that organization cannot sustain when employment cost exceeds 10% of revenues where gross profit is 7.7% only. In past we have witnessed sit-ins when management has tried to reduce staff. While nothing shall be beyond national interest, other way to address this issue is to ensure higher revenues with better gross margins. In order to address, we need to evaluate whether it’s over staffing or inefficiency. Line of action for both is different. While over staffing can be addressed by gradually shifting them to expansions or other Government entities or Golden Handshakes etc, inefficiencies can be addressed through trainings. Ghost employees if any, need to be identified and addressed.

Element of mismanagement is a grave concern that can only be addressed by bringing in state of art technologies as well as implementation of policies and controls. Hiring of competent staff or training of current staff is necessary. Bringing in state of art technology can be achieved through public private partnership on profit sharing basis. This will also address issues regarding additional burden on National Exchequer. In today’s fast paced world, data plays a vital role. Swift and accurate data helps in evaluating performance and strategize accordingly. Technology has a vital role to play. 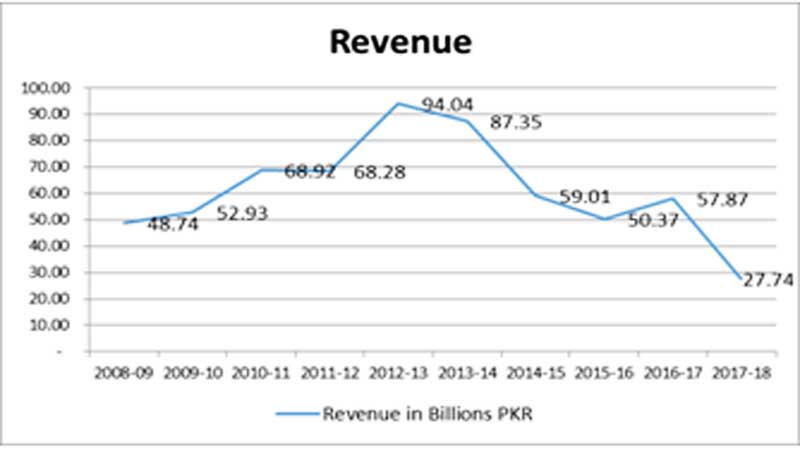 Commercially viable organizations always work within set Key Performance indicators. They keep a close eye on returns on investment and payback periods. Business is closely monitored in terms of efficiency. Hard decisions are taken to stop bleeding business units. Based on situation different options can be considered like restructuring, mergers, franchising etc to address USC’s bleeding units.Stores shall be monitored regularly against set topline (Sales Target) and bottom line (Profit) target. Incentives shall be devised for staff based in set targets and achievements.

There shall be an extensive study to gauge cannibalization impacts of new store openings on existing stores over period of time since inception. This will help in gauging if new opening are contributing in a multiplier impact or not.

Resources with right skill sets and retail sector experience shall be placed on key positions with set of authorities and tools enabling them to take right, timely and informed decisions.

In nutshell USC shall be commercially driven with effective financial management, state of art technology and right skill set.

Note: Figures quoted in article are taken from published print media sources except data related to Financial of 2016, which are available in USC website.

Mr. Jawad Saleem is a finance expert currently working in executive role with leading retail company as well as non-executive director in First Capital Group Companies. He can be reached via