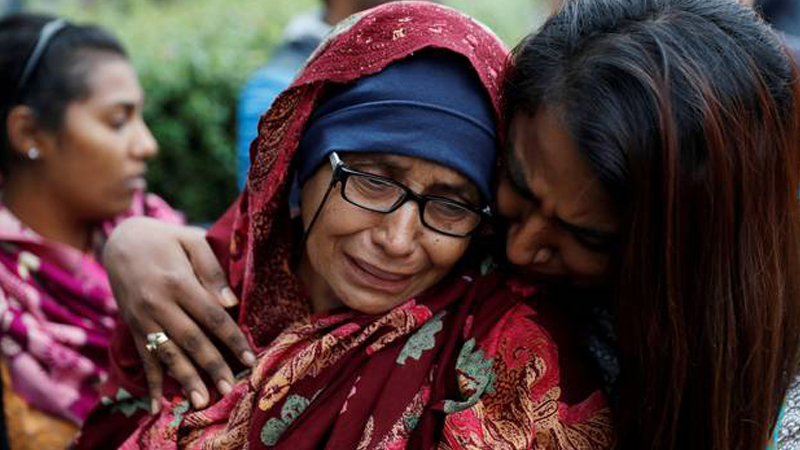 CHRISTCHURCH: Nine Pakistanis have been martyred in Friday’s terrorist attack on two mosques in New Zealand.

He further said postmortems are being conducted as per local law, adding that identification of bodies will be done before formal announcement of names. “Our Mission and family members of the missing persons, currently in Christchurch, are assisting in this process,” he said.

The spokesperson said Naeem Rashid and his son Talha Naeem will be buried there. In a tweet, he said the arrangements for their burial were in place. “Muslim and Pakistani associations in the city have assisted in the arrangements. Mission is working with families of other four victims for possible transport of bodies to Pakistan,” he added.

Rashid was identified by a relative from the video live-streamed by the attacker. He had attempted to stop the assailant as he gunned victims down in the mosque. A circular issued by the Foreign office said immediate family members of the victims of terrorist attack can apply for visa at http:/ https://t.co/y4cT4uRYCC. Applicants may send application number and scanned copies of passports to Moin Fudda, Honorary Counsel General of New Zealand for Pakistan, at his email moin@fudda.org and WhatsApp No: 00923428200200, it continued. In the event of any difficulties, for example in filling out financial details, the applicants should inform by letter that they are the relatives of the victims of the Christchurch attack, it added.

A crisis management cell has been established at the Ministry of Foreign Affairs in Islamabad for timely dissemination of information and assistance, a statement issued by Dr Faisal read. “The 24/7 cell will address the developing situation, provide information and updates on the well-being of Pakistani citizens living in New Zealand,” it said. “Moreover, Pakistan’s high commissioner and deputy high commissioner in New Zealand will also be available for guidance, round the clock,” it added.

Earlier, Minister for Foreign Affairs Shah Mahmood Qureshi also spoke to the media about the terror attack on. “We are waiting for identification of [missing] Pakistanis. Obviously I’m getting more worried with time as we have not been able to contact them [the missing Pakistanis] and I fear that they might be on the list of martyrs. But nothing has been communicated to us officially yet and to say anything before an official confirmation will be speculation,” he said.

A 28-year-old Australian-born man has been charged with murder. He appeared at the Christchurch District Court early Saturday. Two other men remain in custody, although their link to the attack is unknown.

The Australian man, identified by international media as Brenton Tarrant, live-streamed footage of himself going room-to-room, victim-to-victim, shooting the wounded from close range as they struggled to crawl away. He also published a racist ‘manifesto’ on social media before the attack, featuring conspiracy theories about Europeans being ‘displaced’ by immigrants and details of two years of preparation and radicalisation leading up to the shootings.

Earlier in the day, New Zealand’s Prime Minister Jacinda Ardern said Terrant allegedly used five firearms, including two semi-automatic weapons, two shotguns and a lever-action firearm. She said the country’s gun laws will change in the aftermath of the attack on Christchurch mosques. “While work has been done as to the chain of events that led to both the holding of this gun licence and the possession of these weapons, I can tell you one thing right now: our gun laws will change,” Ardern told reporters in Christchurch. “Now is the time for change. There are obviously questions being asked of how this person was able to enter the country and undertake this act of terror.”

Foreign Secretary Tehmina Janjua on Saturday called New Zealand’s Ambassador in Tehran Hamish McMaster, who is also accredited to Pakistan, and requested for facilitation in assisting families of the affected Pakistanis of the Christchurch terrorist attack. Dr Faisal, in a tweet, said that the foreign secretary also conveyed condolences on the tragic loss of lives in the attack.