Feminism is a highly contested ideology in Pakistan. People without understanding its essence seem to attack it and label it as a “man-hating” technique. Feminism, in brief, isn’t about hating men but about demanding equality of women. However, if women were indoctrinated, where does the issue of feminism exist? What would happen to feminist movement? Would there ever be one? What is feminism for South Asian women, especially for Pakistani women?

These questions pondered my brain when one of my feministfriends was attacked verbally by her peer. She was told that she is a self-proclaimed feminist but also a “conformist”. What did her peer mean by conformist? Can’t a woman be a feminist and conformist at the same time? Why do we assume that if a woman conforms to the notion of having a family life, she can’t stand to be a “true feminist”? Why do we assume a feminist is someone absolved from her human needs? She isn’t andshe shouldn’t. 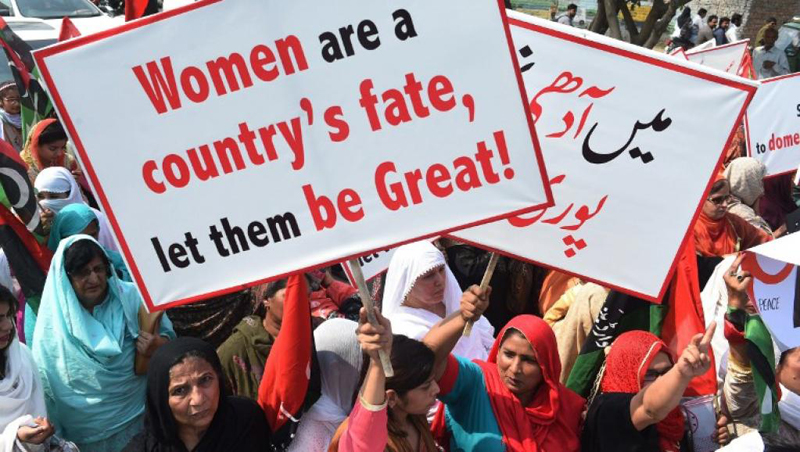 Feminism is indeed a perplexing idea since it has numeroustypes diversions and contestations. It always ignites a battle within women who dare to take this ideology and try to implement. It gets arduous after oneclaims to be part of the process. They always are on a double-edged sword and making ferocious choices. It gets complicated about juggling things in life.There is always a fear of a hidden guilt which others can’t comprehend. Then there are people who discourage work and prefer a women to focus on family planning. This is where she has to ‘conform’.

The society won’t change overnight, and everyone has to make some sort of compromises

When Elizabeth Taylor suggested that women must go out and not be only ornaments of the house, she was criticised to catering only the bourgeoisie point of view. The privileged ones can afford nannies. A working-class woman does not have that choice and therefore she ‘conforms’. If we look at the Pakistani society, a working-class woman faces the same dilemma. If she works outside, she is also expected to fulfil all her duties at home singlehandedly therefore falling in the trap of ‘double day’. She can’t refuse to do dishes or cook or clean because that’s considered her primary duties.Gaps in career can’t beconsidered something too promising from a prospective point of view.

So, feminism is a welcoming thought, but women have choice to either leave all the societal norms or incorporate this ideology whenever and as much as they can in their lives. The society won’t change overnight, and everyone has to make some sort of compromises.Conformity is sometimes inevitable, however, the ones claiming to be feminists should not be dismissed of the few conformities they choose to have. No one really knows what hard shoes they wear. We should also not forget that many factors contribute in making a feminist succeed such as class, socio-economic standing and education. Let’s not burden the already burdened. Lets help the nascent feminists bud more in their dreams.

The writer is a freelance columnist and human rights defender