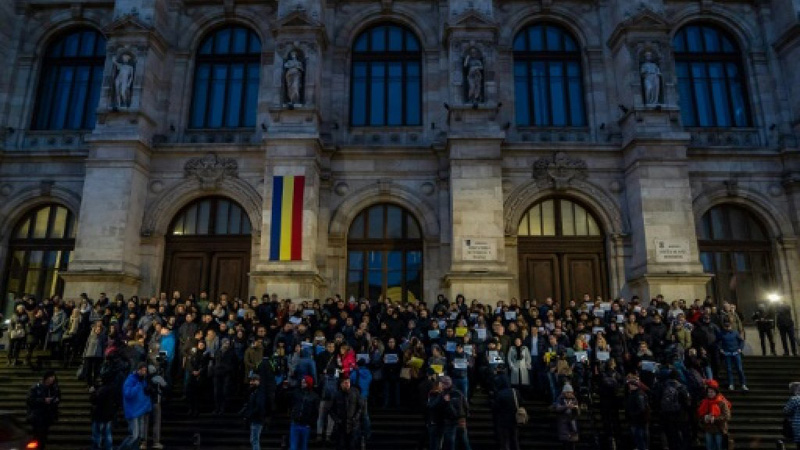 Hundreds of Romanian judges demonstrated in major cities on Friday, and prosecutor’s offices decided to suspend work to protest against a government decree they say threatens judicial independence.

Around 200 prosecutors and judges were applauded in Bucharest as they walked in silence to the Court of Appeals, with onlookers calling out, “We support you” and “Don’t give in.”

The movement was triggered by a decree adopted Monday by the Social-Democratic (PSD) government that changes rules for nominating various categories of judges and reinforces a new disciplinary jurisdiction.

“The rule of law is more than threatened, it is at risk of collapsing,” prosecutor Radu Budurica from Caras-Severin, southwestern Romania said.

The government has also clashed several times in recent months with EU officials who are alarmed by what they see as repeated attempts to undermine the independence of the Romanian judiciary.

PSD lawmakers have tried for two years to overhaul the judiciary, citing “abuses” by magistrates. Critics say the real goal is to protect PSD chief Liviu Dragnea, who has been convicted of electoral fraud and is the target of two other judicial procedures. The decree also puts pressure on centre-right Romanian President Klaus Iohannis to name Adina Florea as head of the National Anti-Corruption Prosecutor’s Office (DNA) in place of Laura Codruta Kovesi, who was dismissed from the post in July.